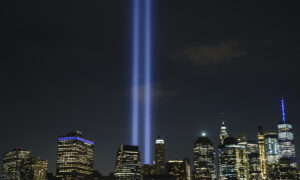 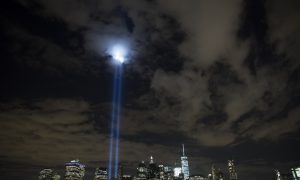 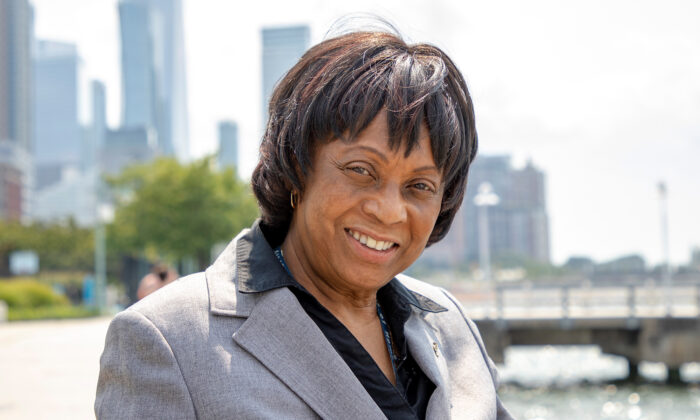 When Grace Ridley was returning from work as a member of the New York Police Department (NYPD) on the morning of Sept. 11, 2001, she caught a glimpse of the Twin Towers. However, at that time, she was completely unaware that it would be the last time she would ever see them.

Now, 19 years later, the retired NYPD officer recalls what unfolded on that tragic day as the world came crashing down.

Ridley, who had joined the police force in 1982, was passing through the Queensborough Bridge after her night shift at the Brooklyn auto impound location on 9/11. “I glanced at the Twin Towers in my rearview mirror and thought to myself, ‘what a glorious sunny day this was going to be…” she said in a press release by the Transportation Security Administration (TSA).

On returning home, as Ridley switched on the television, she came across footage of the attacks but thought that it was an advertisement of an action film, and slipped away for a few moments. However, by the time she came back, she found out that the second airplane had hit the North Tower.

“I thought to myself, ‘This looks so realistic.’ And as I continued to watch, I realized it was actually happening,” she explained.

Ridley, who had worked as a sergeant and later with employee relations, organized crime, internal affairs, public relations, the criminal justice bureau, and more, was trained to handle “critical incidents” and “disaster planning.” Ridley decided at that time to head back to work and provide assistance. She packed for a week but didn’t know that she would only return after eight months of working tirelessly.

For Ridley, arriving at the site was a very emotional moment. She recalls that while walking around, “my thoughts of the workers and children who would usually mingle in the sitting area flashed before my eyes,” she said. The mother of two then started to think about her children as they worked in close proximity to the World Trade Center, but they were fortunately safe.

In the moments that followed, Ridley was assigned to work on the “hot zone,” which was later referred to as Ground Zero. From a Federal Reserve Bank building a few blocks away from Ground Zero, she was tasked with handling logistics and coordinated operations. As her past experience involved working at Queens and Manhattan morgues, this came in handy. Ridley set up temporary morgues to take in and catalog human remains that were discovered in the rubble and debris of the towers.

Meanwhile, she also organized the Police Officers Providing Peer Assistance (POPPA), a voluntary and confidential peer support group that provides assistance to struggling police officers and those people who were battling thoughts of depression or post-traumatic stress disorder (PTSD) in the wake of the attack.

Ridley worked hard with POPPA teams to provide necessary supplies, equipment, and sleeping details for visiting officers. Additionally, her teams also gave meals and relief breaks to those courageous first responders who were painstakingly digging daily in search of survivors. “I realized that the first responder teams would not voluntarily stop digging on their own, so I ordered my teams to ensure that first responders took a break from looking for survivors,” she said.

After a long day of work, she would sleep on a cot at the nearby Federal Reserve Bank building where a portion had been assigned for the hardworking police officers.

This routine continued day in and day out for a total of eight months, after which Ridley finally returned home in May 2001. A month later, she retired from the force.

“Even though I had worked in two active morgues for years, the smells will stay with me for the rest of my life. I am grateful that my life’s work with the POPPA personnel aided me in maintaining a healthy overall work-life balance, both mentally and physically,” she further added.

Two years after the attacks, Ridley joined the TSA, where she continues to work to this day as a program analyst at John F. Kennedy International Airport.

“I cannot bring myself to go back, as I can still see and smell the horror of what happened on that day and the days that followed,” she concluded.