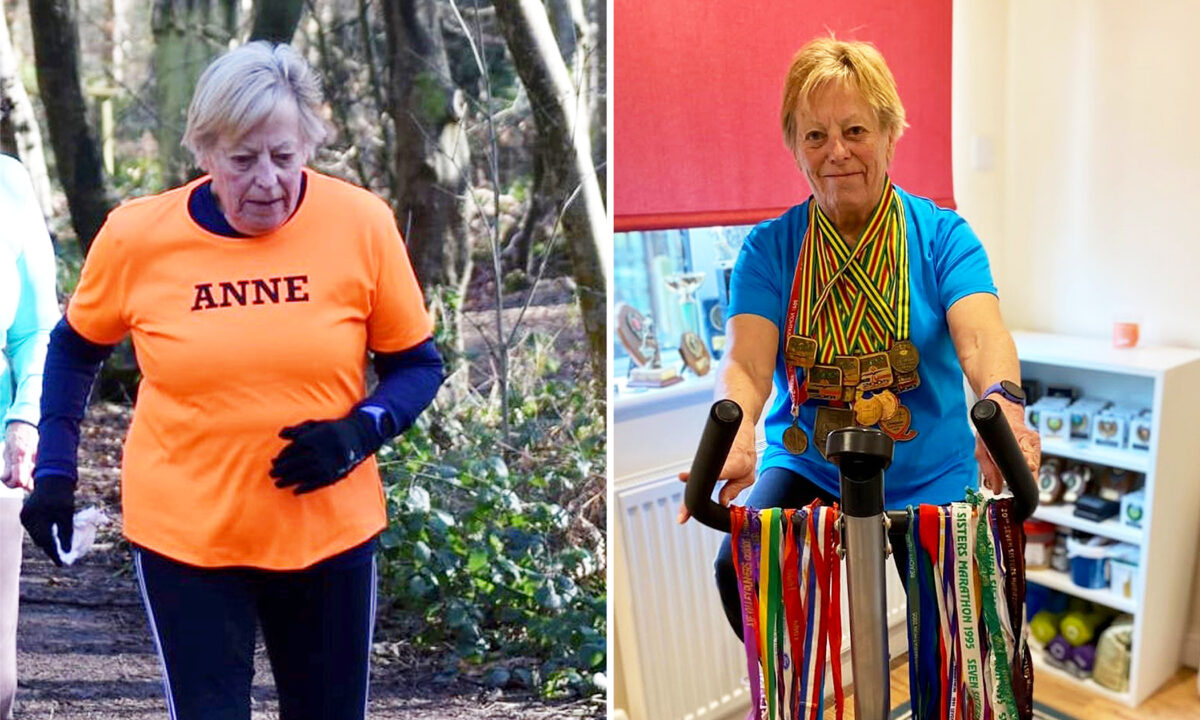 Meet the 82-year-old grandma who enjoys early morning boot camp sessions, yoga holidays to the Spanish island of Ibiza, and still works as an electrical contractor.

Superfit pensioner Anne Leigh, who is a mum of two and grandmother of seven, refuses to let her age slow her down. The marathon runner from Hedgerley Green, South Bucks, England, still works as an electrical contractor—often digging trenches, fixing fuse boards, and street lighting—despite reaching retirement age more than 20 years ago.

At 7 a.m., four mornings a week, Leigh can be found lifting weights at boot camp, before casually running 5 km (or 3.1 miles) every weekend at her local park. “I’ve never officially retired and didn’t even consider it when I reached 60,” Leigh said.

Leigh has been married to Bernard, also 82, for 61 years—and even her husband is yet to officially retire.

“I currently help with my son, he has his own electrical business and my husband still has his own business too,” she said. “It varies, but I can work around 18 hours a week, but I like to make sure I can fit in my exercise too.”

Leigh runs three times a week, including a 5-kilometer parkrun. She joined a local boot camp class when she was 78 and can now hold her plank position for two minutes.

Leigh said: “I love exercising outside. Our one-hour session includes squats, star jumps, weight lifting, sit-ups, [and] press-ups—you name it. Then I come home and my son picks me up for work.

“I like working out in a group—I’m the oldest by a few decades but I love to socialize. I never liked being indoors.

“I don’t want to slow down and I wouldn’t listen [to] anyone if anyone told me to.”

Leigh’s extremely active lifestyle has raised a few impressed eyebrows when she has told people her age. “People are quite shocked when I tell them how old I am, I’m flattered when they guess 65,” she said.

Leigh also loves to travel and visited India in 2017, and last October she attended a fitness and yoga retreat in Ibiza. In her younger years, Leigh trained as a shorthand typist and worked in bookkeeping. She and her husband owned their own shop in the 70s. While Leigh didn’t start running until she was in her 40s, she has since completed 1,800 races, including 70 marathons.

“I’ve done 20 London marathons and I used to run three marathons a year but I’m not as fast as I used to be,” she said. “I did a 10k in London last month, that was fun.”

When Leigh isn’t running or working, she enjoys gardening and likes to keep her evening diary action-packed too.

Leigh said: “I want to enjoy life whilst I can. We like festivals, and family parties, and we go out a few evenings a week to watch tribute bands or to the race course.

“I like a drink and a good party, and I never think ‘oh I’m too old for that,’ even when I buy glitter-heeled fashion boots.’”