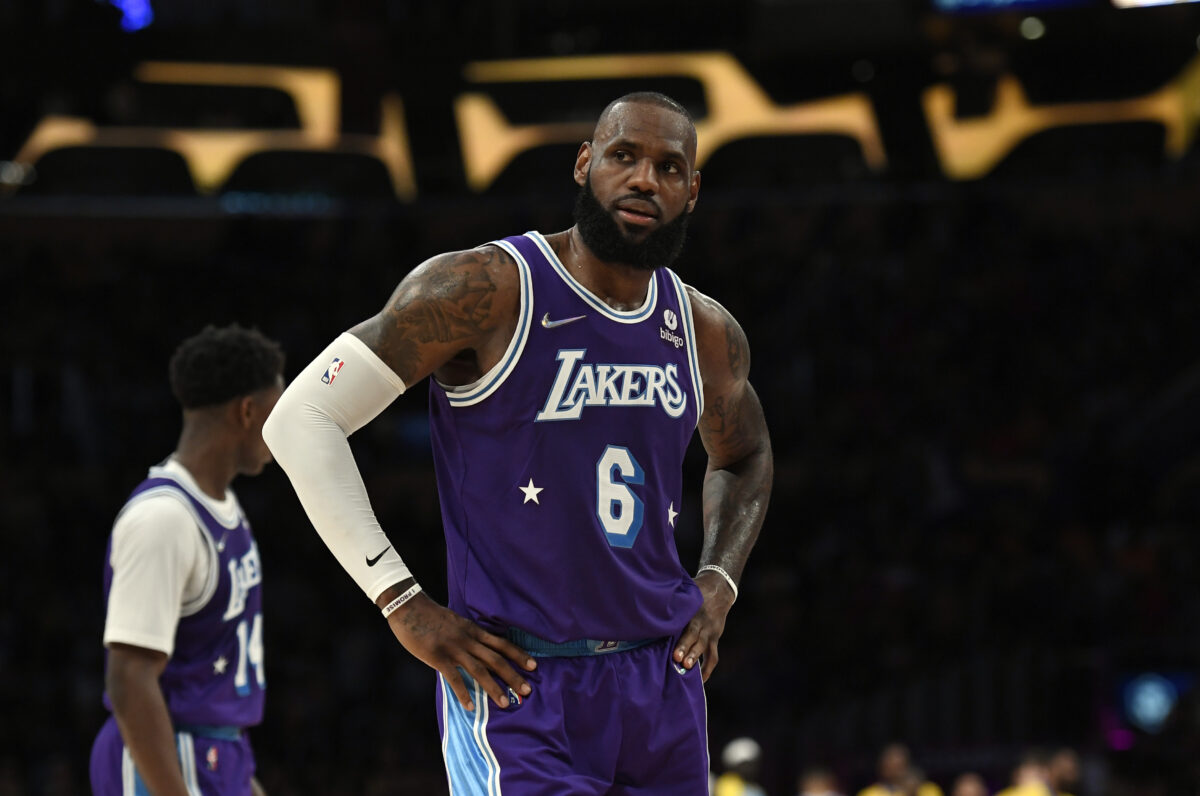 LeBron James #6 of the Los Angeles Lakers reacts in the closing seconds of the game against the New Orleans Pelicans at Crypto.com Arena in Los Angeles, Calif. on April 1, 2022. (Kevork Djansezian/Getty Images)
Earning Money

8 LeBron James Quotes to Help You Find the King Within

The NBA star's words of wisdom on motivation, mindset, and the path to success.
BY Entrepreneur TIMEJune 11, 2022 PRINT

LeBron James, the most dominant player in his sport, is a living NBA legend with unsurpassable work ethic, passion, and loyalty. The Los Angeles Lakers star and former Miami Heat legend has officially become the first NBA athlete to hit billionaire status while still playing in the league.

Despite being a superstar, the Akron, Ohio native never lost touch with his roots. Always on the move, his single mother—16 when he was born—often had him stay with basketball coaches and teammates when rent and groceries couldn’t be paid.

LeBron’s innate athleticism was recognizable early on, and his passion for sports kept him out of trouble. Starting in ninth grade, scouts from the Cleveland-based IMG athlete agency were watching. His high school basketball games were available on pay-per-view throughout the state, and attracted such large crowds that the local fire department said they were a fire hazard. (The school relocated the matchups to nearby University of Akron’s 6,000 seat stadium.)

LeBron continued to surpass expectations, and never lost his drive to win. The star player is all about teamwork and selfless play, and using his position as both an athlete and a public figure to inspire his fans and fellow citizens to do better, stand up for what they believe in and work harder.

Check out these quotes from the King himself to find and fuel your passion, too.

“I treated it like every day was my last day with a basketball.”

“If it’s in you, and if it’s authentic, then do it. If it’s some fake shit, then the people, the kids, they’re going to notice it. They know.”

“There’s that moment every morning when you look in the mirror: Are you committed, or are you not?”

“It’s my responsibility. I believe that I was put here for a higher cause. We have people that have been in the higher positions that chose to do it and chose not to do it.”

“I think team first. It allows me to succeed, it allows my team to succeed.”

“So when you’ve been around people for a long time, there’s no sugarcoating … it’s just straight-up, raw, uncut, unfiltered knowledge, truth, passion.”

“I don’t know how tall I am or how much I weigh,” he says. “Because I don’t want anybody to know my identity.”

“If you’re speaking with a knowledgeable, caring, loving, passionate voice, then you can give the people of America and all over the world hope.”