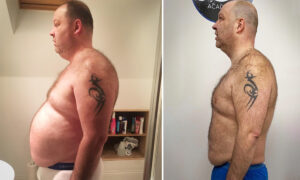 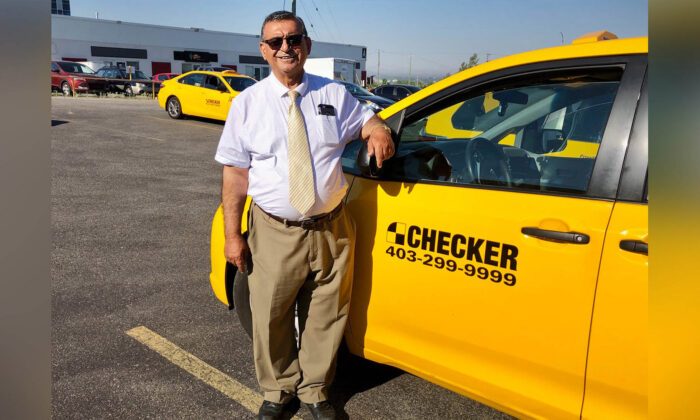 A cab driver in western Canada has been going above and beyond the call of duty for the last 15 years for his elderly clientele.

Iqbal Alimohd from Calgary, who has driven a taxi since 1978, has been helping—free of charge—dozens of seniors with their weekly struggle of buying groceries. And what began as a favor for a few of his elderly customers some 15 years ago recently became a “family tradition.”

In the beginning, getting groceries was strenuous for the seniors the cabbie drove to the store each week.

Iqbal decided to make it easier.

“I tell them, ‘Just give me a list, I’ll bring the groceries to your home,’ so from there I started,” the cab driver, who turns 70 this year, told The Epoch Times.

“Picking up for one customer, then two customers, then just one building, another building, they’re mostly seniors’ buildings.”

Although his grateful customers offered to pay for gas and his time, the kind cab driver, who emigrated to Canada from Pakistan in 1973, declined, charging only for the cost of groceries.

Through word of mouth, his shopping operation expanded massively—he currently helps 20 to 25 seniors.

Soon, his wife Mumtaz started joining him, taking orders over the phone and helping get groceries at the store.

The calls usually come between Wednesday and Friday. He and Mumtaz keep track of their substantial shopping lists using a spreadsheet.

Saturdays, they set out early in the morning, making the trip to the Real Canadian Superstore before it opens; they commandeer three to four carts and amass as much as $800 worth of items. Superstore staff designate a special checkout lane for the humungous purchase.

He and his wife then make the deliveries and unpack, which can run as late as 7 p.m.

A few extra trips on an off day are no hassle.

“You feel in your heart.”

The driver and his elderly clients became like family, though it’s always been something he kept quiet. They spend hours socializing and he has no qualms driving them to appointments.

“When I’m going home, they’ll call me, ‘Come, come to my home, we’ll have a sit together,’” said Iqbal. “So, I go to their place and talk with them, they’re really friendly.”

Helping his elders over the last 15 years has given him profound satisfaction.

“You feel in your heart, you know I worked very hard before, and now they need help,” he said. “There was a time when they worked hard, now we have to give them some respect.”

He adds, “They really appreciate it.”

During the pandemic, Iqbal’s two sons, Yasin and Faisal, started helping out with the shopping, so that their parents didn’t have to go out as much.

“About seven, eight months we started with all the kids, and even the younger [grandkids], too,” the cabbie adds with a chuckle.

The quiet driver is not used to all of the attention he’s getting, though. His story was reported on CBC and the Calgary Eye Opener, and his two sons said he’s probably embarrassed by all the attention.

According to Checker Cabs’ media manager Layna Segall, Iqbal is set to receive an award from government for his service to the community.

“He’s had the federal government call him, he’s had the provincial government, the City of Calgary, everybody is calling him because everybody is just so touched by what he’s done all these years for absolutely no recognition whatsoever,” Segall told The Epoch Times.

“All these people are calling me that want to meet him, and he’s like, ‘I’m just a little guy.’ I said, ‘No, you’re a fabulous person, you’re a superhero!’”