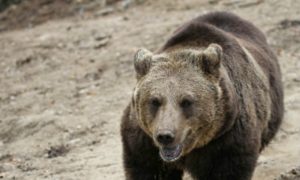 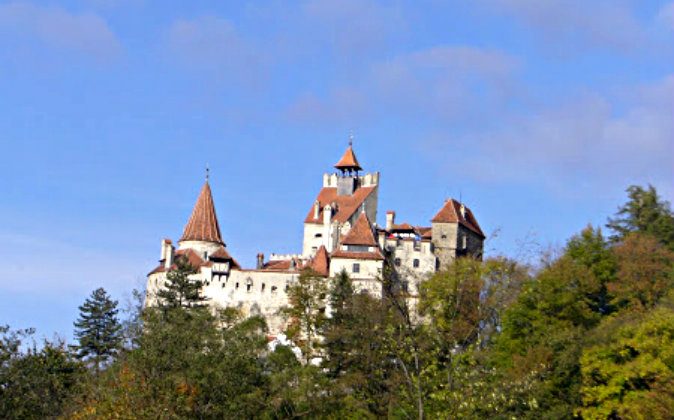 During the last few months, I had a special project on my Romanian blog. I asked my readers to take part at the process of electing the 7 wonders of Romania – the most important men-built monuments of my country. The election was organized in two rounds – in the first round, I asked people to nominate 10 “wonders” – the monuments they believe are representative for Romania.

After 3 weeks, I counted all the nominations and I set up a list of the 15 most nominated monuments of Romania. In the second round, my readers were asked to vote 7 out of these 15 choices. The response was truly overwhelming. I received thousands of nominations (almost 150 nominated monuments) and almost 4000 votes in the final round. So, I decided that my first post about my country to present you what Romania has the best. Not selected by myself, but by thousands of voters ! So, let’s start a journey amongst the best Romania can show to the world.

Iit is known also under its marketing name – “Dracula Castle”. For Dracula-philes, I can be disappointing. Dracula is a fictional character and the Romanian king, Vlad the Impaler who was the source of Bram Stocker’s creativity never been to Bran. However, if you do what the Impaler did and avoid the place, you will lose a lot. Imagine a practically unconquerable citadel on top of a small hill, dominating a green valley, looking like the movies with Templar Knights.

The stone citadel was built around 1377 on the place a former wooden fortress was built by the Teuton knights. The fortress supervised the main trading road between Walachia (the Romanian principality south of Carpathians) and Transylvania, a road sometimes used also by less than peaceful military forces. In 1428, Bran castle was given by the Hungarian king to the City of Brasov and sometimes in the 19th century, the city of Brasov gave it as a present to the Habsburgs.

After Transylvania joined Romania after WW I, the Habsburgs lost all their properties in the new Great Romania and city of Brasov again became the owner for few months – in 1920, the castle was given again as a present to another royalty – the Queen Maria of Romania who restored it to glory as a residence for the Royal Family. After the death of Maria, the castle was inherited by Princess Ileana, the youngest daughter of King Ferdinand and Queen Maria, who married a … Habsburg ! So, after the Communist period, the castle was given back to Ileana’s son… Dominic of Habsburg !

Right now, Bran Castle is a private museum, owned by the Habsburgs. It can be visited and except its spectacular architecture, you can also see some ancient furniture from the private Habsburg collections which complete your real journey in the Middle Ages.

Bran Castle is a couple of kilometers away from the city of Brasov. In case you do not have a car, you can take a bus from Brasov.

Castle of Huniads in Hunedoara

Although Bran Castle is the more famous Middle Ages castle of Romania, my preference goes for Hunedoara Castle. Built in the 15th century by Iancu de Hunedoara, prince of Transylvania and governor of Hungary, an anti-Otoman hero of Romanian origin (his father, Voicu received Hunedoara domain from the Hungarian king Sigismund of Luxemburg for his bravery), the castle became one of the nicest and largest in Europe during the kingship of Matei Corvin, Iancu’s son and probably the most successful kings of Hungary. After the Hunedoara line disappeared with the death of Ioan Corvin, Matei Corvin’s son, the castle became property of different Transylvanian princes.

It is probably, one of the most impressive Middle Ages military construction of Central Europe. If you go to see it, you will never forget its imposing towers and massive construction who impresses even the more seasoned travelers. The biggest problem is Hunedoara became an industrial town in the 19th century, so an ugly steel plant (which used to be the largest in the Balkans) is next to the castle, spoiling lot of its magic. However, if you try to ignore the ugly, you can remain with the magnificent in your mind for sure ! And by the way, a smaller copy of it can be found in Budapest behind the Heroes Square !

It is not very easy to reach Hunedoara. There are no airports too close (closest is the little used airport of Sibiu) and there are no major highways or railways passing through the town. However, if you come by train from Budapest or Bucharest, you should get off at Deva and from there, you will definitely find a transport to Hunedoara.

This definitely, one of the weird monuments of Romania. How can a cemetery be merry ? Well, the Romanians claim this is possible only in Romania, where we mix the joy with sadness, some, more philosophical folks connect the idea of the cemetery with our Dacian ancestors who were celebrating when someone was dead, rather than cry. Anyway, what is clear, in 1935, a Greek-Catholic priest suggested to the local crosses-manufacturer, Stan Ioan Patras to leave some space for a little text on the crosses to describe the personality or story of the deceased. However, the descriptions were written in a poetic manner and in a funny way… the cemetery became a national hit and visited by millions since then… Maybe it is not an impressive monument, but a very intriguing one… And we, Romanian, like all these intriguing things…

Quite difficult to visit it without a car. The cemetery is in a village next to Sighet, the capital of the Maramures region on the Northern border next to Ukraine, probably the nicest area in Romania, well-known for its wooden churches and traditions preservations. If you do not have a car, you definitely need to go to Baia Mare by train or bus, take a bus to Sighet and further to Sapanta.

This is the Royal residence of the kings of Romania. Building started in 1876 and finished by the end of the century, it is a jewel, probably one of the nicest castles of Europe, in an amazing mountainous setting. At the ground floor, you will find rooms furnished in Florentine, Germanic, Oriental styles, which would be a pride for any royal palace of Europe. If you go to the upper floors, you will discover the private royal quarters and also some miracles of end of 19th century technologies – a cinema, central heating, etc. Last time I was there with Earl who wrote a wonderful review of the castle when we visited it together in June.

Sinaia is easy to access even without a car. It is at 120 km away from Bucharest and the main railway of the country passes through the old royal mountain retreat. A major road, served by many buses also connects Bucharest with Brasov via Sinaia