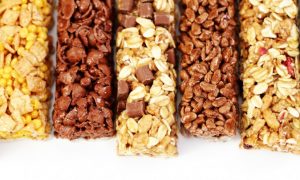 7 of the Weirdest, Worst Food in the World

If you’re getting bored with your food, here are 7 items to try at your own discretion. You’re welcome.

Balut is a Filipino delicacy, that can apparently be found in New York(above).

Upon first look, Balut may look like a regular hard-boiled egg.

The catch is, contained within is a duck embryo that was boiled alive.

Repulsed by cat and dogeaters?

A year ago, a report from The Guardian divulged that ‘Lion burgers‘ were becoming a fad in U.S. restaurants.

Needless to mention, this is a sensitive topic, considering the high stature of the lion in the natural world, and how they are also an endangered species.

This poses the question: how far will people go to eat meat?

Live octopus is a dish commonly served in Korea.

Even ethical issues aside, most of us would rather eat without moving tentacles and suction cups in our mouths.

So is eating one of these supposed to make you smarter?

FoodForLouis is a YouTube channel that specializes in food stunts by eating strange and revolting foods.

Here, in Louis’ ‘Worst Food Series’, Louis eats “real cuisine” that are considered the worst in the world.

Surstromming is a Swedish delicacy that is basically “rotting fish”.

No, fried McDonalds is not commonly eaten food in this world, though we think this fad of “frying everything” is worth a mention.

Duck blood is a delicacy common in China, though when cooked it resembles a jelly-type substance rather than just straight up blood, making it somewhat more stomachache.