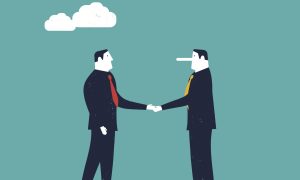 Why You Shouldn't Blame Lying on the Brain
0 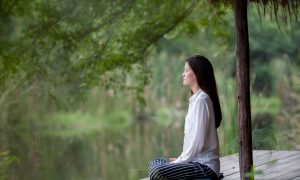 Want to Lose Weight? Train the Brain, Not the Body
0 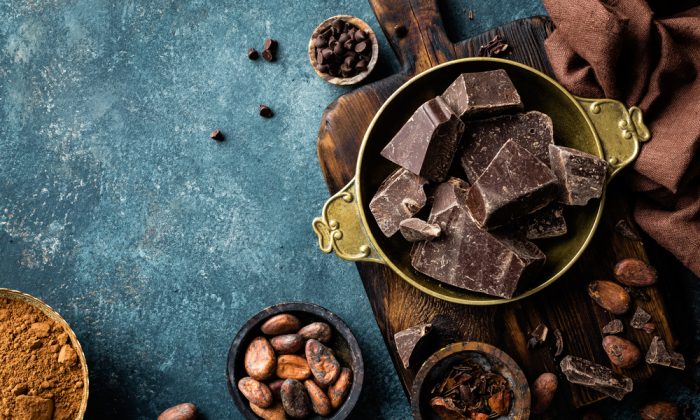 Perhaps you remember hearing that fish is brain food. What this means is that fish contains nutrients called omega-3 fatty acids that have been shown to enhance or improve brain function and help it to stay young.

But omega-3s are not the only good brain nutrients; there are numerous others that can help your brain stay young, and a wide variety of foods in which to find them. In fact, the brain needs a constant supply of nutrients to support optimal function—from energy metabolism for its billions of neurons, to the synthesis of neurotransmitters, to the propagation of nerve impulses and other brain activities.

The following list includes seven key nutrients that your brain needs to stay young and function at an optimal level. These nutrients, along with a healthy diet, regular exercise, avoidance of smoking, stress management, and sufficient sleep all have a role in maintaining a healthy brain.

According to researchers, omega-3 fatty acids have demonstrated an ability to improve cognitive function. A 2017 Brazilian systematic review, for example, found that omega-3 fatty acid supplements may be helpful in treating mild Alzheimer’s disease when there is slight brain function impairment. A mouse study reported that animals given omega-3 supplements demonstrated an improvement in cognitive function (object recognition memory, localized memory, and spatial memory) as they got older.

Dark chocolate is the source of brain-friendly phytonutrients called cocoa flavanols. In a three-month study, researchers discovered that individuals who consumed a high cocoa flavanol diet showed a boost in the area of the brain associated with memory loss and aging.

Cocoa powder is made by fermenting, drying, and roasting cacao beans. The flavanols have been shown to lower blood pressure, fight cell damage, prevent blood clots, and improve blood flow to the brain.

To reap the brain-boosting benefits of cocoa flavanols, choose dark chocolate (70 percent or higher) and enjoy a small amount (about one ounce) several times a week, or even daily. A 2012 study of adults with mild cognitive impairment showed that those who consumed cocoa flavanols daily benefited from improved thinking skills as well as lower blood pressure and improved insulin resistance.

Magnesium is associated with more than 300 biochemical activities in the human body and plays a key role in cognitive health. It’s been suggested that low levels of magnesium may play a role in in the development of Alzheimer’s disease, but further research is needed. We know from mouse research that an increase in magnesium in the brain provides substantial protection of the synapses in models of Alzheimer’s disease and therefore may have therapeutic potential for treating Alzheimer’s disease.

Be sure to include lots of foods rich in magnesium in your diet, including green leafy vegetables, cruciferous vegetables, nuts, and whole grains.

You may recognize these antioxidants as being especially plentiful in blueberries, but other berries harbor them as well. Anthocyanins are associated with enhanced signaling of neurons in the brain’s memory regions. In one study, adults who consumed wild blueberry juice daily showed improvements in memory—namely, word list recall and paired associate learning. They also showed reduced depressive symptoms and glucose levels, both of which can have a negative impact on cognitive function.

In a 2017 study, experts showed that daily blueberry consumption for 16 weeks by adults with cognitive decline was associated with an improvement in neural response. In addition to blueberries, you can include other foods that provide a good amount of anthocyanins, such as cranberries, black raspberries, blackberries, cherries, eggplant, black rice, red cabbage, and muscadine grapes.

The one food that nearly exclusively contains epigallocatechin gallate (EGCG) and L-theanine is green tea. Although there are more than 700 compounds in green tea, EGCG and theanine are the ones responsible for improving brain health. Traces of EGCG are also found in apples, carob powder, hazelnuts, onions, pecans, and plums.

EGCG is a potent antioxidant that can pass through the blood-brain barrier and address the free radicals that can destroy brain cells. This polyphenol also has anti-inflammatory powers, which are critical since free radicals trigger brain inflammation, which in turn speeds up brain aging and contributes to memory loss, depression, and anxiety.

The impact of the amino acid L-theanine on cognition also has been shown in various studies. A review of 49 human intervention studies showed that L-theanine has “clear beneficial effects on sustained attention, memory, and suppression of distraction.” The only food sources of L-theanine are black and green teas.

This mouthful of a compound is a source of the dietary nutrient choline, which is a member of the B-complex family. Recent research involving phosphatidylcholine explored its impact on brain structure in 72 healthy older adults. The researchers found that higher blood levels of phosphatidylcholine were linked to improved cognitive flexibility.

Although the exact ways phosphatidylcholine benefits the brain and cognitive function are not fully understood, experts suggest it may be that the nutrient supports brain membranes, contributes to the production of neurotransmitters that promote and support cognition, or reduce inflammation in the brain. Dietary sources of phosphatidylcholine include egg yolks, raw organic dairy, wheat germ, cruciferous vegetables, and meat.

Be sure to add plenty of these foods to your diet every day to keep your brain young.

Andrea Donsky is an author, registered holistic nutritionist, editor-in-chief of NaturallySavvy.com, and cofounder of The Healthy Shopper Inc. and Naturally Savvy Media.