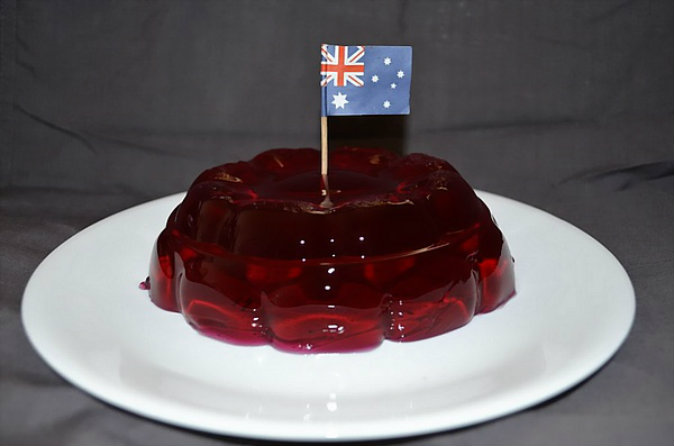 Australian cuisine has come a long way. Multicultural influence over many decades has had an undeniable effect on the average palate and alternative foods are now being explored freely and with excitement. Though there are times when the past is looked upon for a purely nostalgic need for childhood memories, so for a brief moment I will dedicate my thoughts to those foods that are identifiable with a traditional Australian upbringing.

Born in Bendigo, Australia, this hearty snack was born out of a seeming necessity for the perfect portable food.
Designed to stand up to outdoor activities, the thick pastry of egg and flour coupled with a filling of meat, cabbage, and vegetable served its consumers well with over 40 million units sold each year. Quite a feat given the entire population at the time was around 12 million. Best served deep fried, the Chiko Roll went on to have become a successful exported to Japan, competing proudly with the already established though not dissimilar spring roll. Remembered for its large billboard advertisement displaying a long-legged woman draped over a motorcycle, it beckoned a generation of young males to “Grab a Chiko”. Many still do.

A childhood favourite in this country that no self-respecting party would be without. Start with buttered fresh white bread, sprinkle liberally with the tiny sugared balls, aptly named 100s and 1000s, and cut the slices in to triangles for the full effect.

Although known more as a children’s party favourite, this treat will still be seen today having etched itself firmly into the Australian parents’ psyche. In addition, Fairy Bread has been seen more recently on five star hotels’ room service menu — and, yes, I did order it.

A continued staple at any Aussie gathering, these cheesy, salty morsels were and will always be a noble rival for the more common potato chip. Introduced in the early 1970s, Cheezels are delicious puffed, cheesy rings made from corn and rice, and sit proudly within the range of snacks affectionately named “nibblies”. Certainly in this era, no gathering would be the same without them. They were up there in popularity with crackers and cubed cheese.

Next time you grab a box (you know you want to) make sure you slip one onto each finger and eat them off one at a time. There is no other way to do them justice. Hail to the King of Aussie junk food.

A short history of Australian cuisine

Early Australian settlers stayed true to the old English ways of life and food was no exception. Staples of homemade bread and salted meats were foremost on dinner tables with no real variation. It was not until the migration of other nationalities did international flavours and recipes take a stronghold in Australian cuisine. From the 1920’s through to the 1950’s the large Italian presence and, later on, Asian spices became the front runners of change. To this day, Australians embrace the flavours of many countries and are considered to be quite adventurous eaters, adopting an “I’ll try anything once” attitude towards new foods. This approach has led to the open minds and mouths of a distinctively multicultural culinary environment.

Now we’re getting down to business. A bag of mixed lollies was the essential that every kid could enjoy. From one cent milk bottles to the more expensive red skin, devouring more than a few was a daily after-school ritual. Where do I start? Bananas, Musk Sticks, Cobbers, and Mint Leaves lined the pockets of us all — taken lovingly from within their small white paper bag cocoon. Even those with only a few cents in change could savour this sorely missed pastime. The more astute and time mindful shop keeper would pre-bag them, as nightmares of counting out hundreds of small candies one by one tormented them, I’m certain.

Copyright © 2014 by Vagabond Journey Travel. This article was written by Lisa Hamilton and originally published on www.vagabondjourney.com