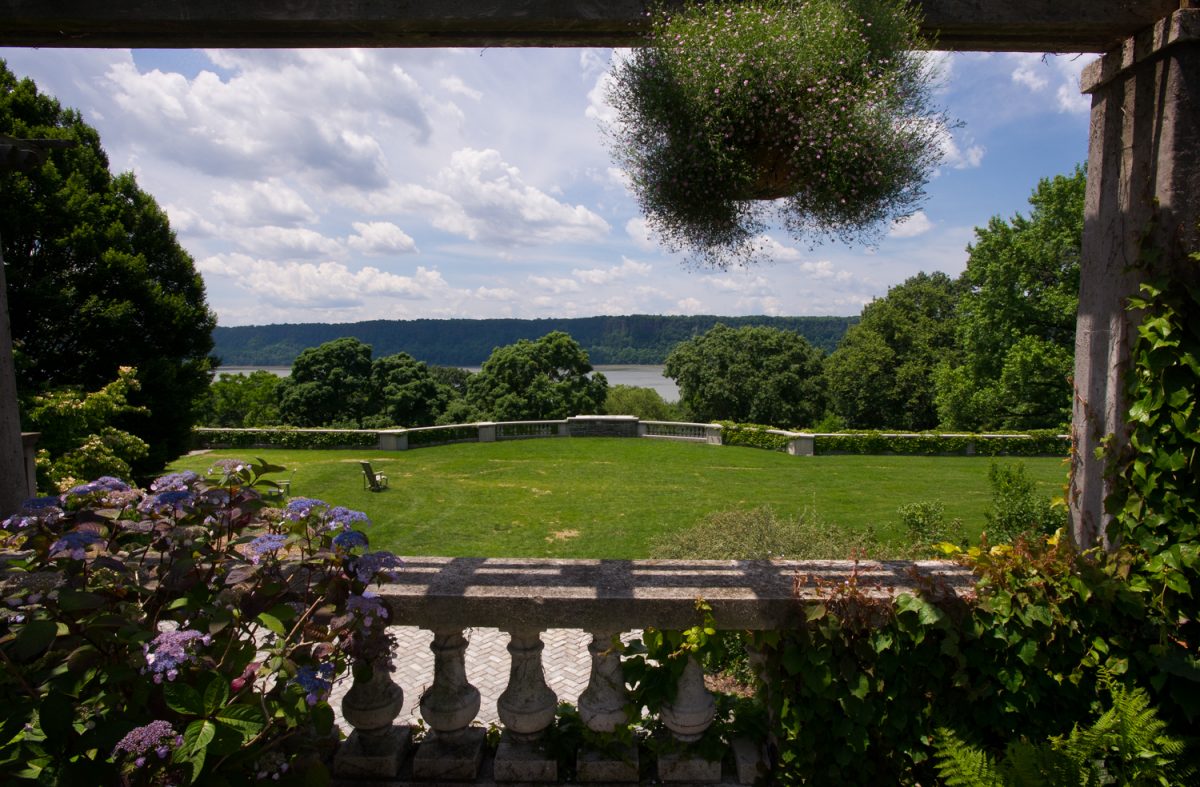 Visitors enjoy a variety of outdoor activities at Wave Hill, a series of public gardens that overlook the Hudson River in the Bronx. (Courtesy of Wave Hill)
Travel

NEW YORK—In a city that brims with so much activity that it never sleeps, New Yorkers need to take a break from the bright lights at some point. And there are ways to do it without diminishing your savings.

This summer, Metro-North is offering several discount packages to spots around the Hudson Valley, Connecticut, as well as New York City. Some trips, such as the one to Wave Hill, cost as little as $17.50 round trip.

All of the Metro-North packages are pedestrian friendly—no car is needed.

Here are 7 day trips you should know about.

1. Walkway Over the Hudson

If you’re in the area, then you might as well check out the “High Line” of the Hudson Valley.

The walkway was an abandoned railroad bridge that was turned into a pedestrian park in 2009. The bridge provides a panoramic view of the valley.

The 212-foot, tall linear walkway spans 1.28 miles along the Hudson River, making it the world’s longest elevated pedestrian bridge. Not to mention, it would make a delightful place to watch the Fourth of July fireworks.

The walkway is a 20-minute walk from the Poughkeepsie Station on the Hudson Line, or a five-minute taxi ride.

Alternatively, the River Station Restaurant across the street from the Poughkeepsie Station provides a free shuttle to and from the Walkway if you eat there. You also get a 25 percent discount if you show your Metro-North ticket at the restaurant.

The walkway is open seven days a week from 7 a.m. to sunset. Household pets are allowed on the bridge as long as they are on a leash.

2. Kayaking on the Hudson

Both amateurs and pros can rent kayaks from the boathouse on Long Dock Park, which is just steps away from the Metro-North Beacon Station.

The Metro-North kayaking package includes a four-hour kayak and gear rental for the price of two hours.

The boathouse also offers three-hour tours for beginners who are looking for something less intense.

The boathouse also provides stand up paddle boarding lessons and tours for those who want to “walk the river.”

Here’s something guilt-free, a festival that raises money to help the environment. Hence the name “Clearwater” for the Hudson.

Clearwater’s Great Hudson River Revival Festival was founded by iconic folk artist Pete Seeger—music is a big part of this festival. The festival runs on the weekend of June 15–16.

Activities include live music, crafts, and food—such as the Juried Crafts Fair, the Artisanal Food & Farm Market, and performances from artists such as Sharon Jones and The Dap Kings, Mavis Staples, and Son Volt.

The Metro-North festival package includes the discount rail and a discount ticket to get into the concert. You can get there from the Hudson Line to Croton-Harmon Station, where a free shuttle takes you to the ticket window of the festival.

Yale offers a free tour of their campus. There are also several free museums nearby—including the distinguished Yale Center for British Art.

A shuttle from the Poughkeepsie station can take you to the library where Franklin D. Roosevelt gave his famous “fire side chats.”

The “Roosevelt Ride” runs seven days a week from May 1–Oct. 31. From the Metro-North station, you can choose whether you would like to go to the Roosevelt Sites or the Vanderbilt Mansion.

The Home of Franklin D. Roosevelt Guided Tour is one hour, and includes admission into the FDR Presidential Library and Museum. It is free for children under 15 years old, and $14 for adults. The ticket is valid for two days.

But the Rose Garden and Roosevelt’s burial site is free and open from sunrise to sunset.

Lyndhurst is a Gothic Revival historical mansion that towers next to the Hudson River in Tarrytown, New York.

Several films—such as “The House of Dark Shadows” (1970) and ABC’s 1990s holiday film “The Halloween That Almost Wasn’t” — have been filmed at this Gothic mansion, whose interior is decorated with French 19th century paintings.

Today, the mansion is available for tour and also provides celebrations, music, and lectures.

You can take a tour of the mansion, with a historical lesson on what the lives of New York politicians and Wall Street giants were like when they lived at Lyndhurst. One of the most notorious residents of Lyndhurst was Jay Gould, also known as the “robber baron.” He lived with his philanthropist daughter Helen Gould, and his other daughter Anna Gould, the future Duchess of Talleyrand who married two aristocrats—“Downton Abbey style.”

Tours are available from 10 a.m.–4 p.m. on a first come first serve basis.

The Rose Day Garden Celebration is coming up on June 2nd. Admission into the garden is free; there will be refreshments and music in the rose garden.

Lecturer Paul Barrett will discuss the Lehmans, their historic homes and gardens, and their involvement with the local Jewish community. Admission for the lecture is free.

There are also sunset jazz events on Thursdays at Lyndhurst.

You can take the Hudson Line to Tarrytown Station. From there, you can take a short taxi ride ($4-$6) to the visitor center.

7. Maple Syrup or Moonshine Weekends at the Farm

From the Wassaic Station, one can take the Dutchess County Farm Fresh Link shuttle to learn about organic farming and compost at the McEnroe Organic Farm on Sept. 14,15, 21, and 22. The 1,000-acre farm has greenhouses, turkeys, and llamas—yes, llamas.

The shuttle will also make several other stops along the Hudson Valley such as Dutch’s Spirits—where bootleggers moonshined during the Prohibition Era. The tours will occur on Sept. 21–22 only.

Dutch’s Spirits was the original New York distillery, where the infamous Dutch Schultz distilled moonshine. You can visit the secret interconnected tunnels, bunkers, and fake chicken coops that once held illegal alcohol.

On Sept. 14–15, there will be a Maple Syrup tour in the same area at the Madava Farms, home to the Crown Maple Farm syrup. Their syrup has been featured in Food & Wine and the 2013 Presidential Inaugural Luncheon.