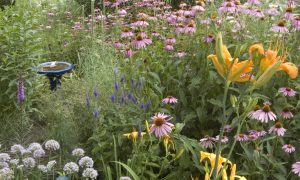 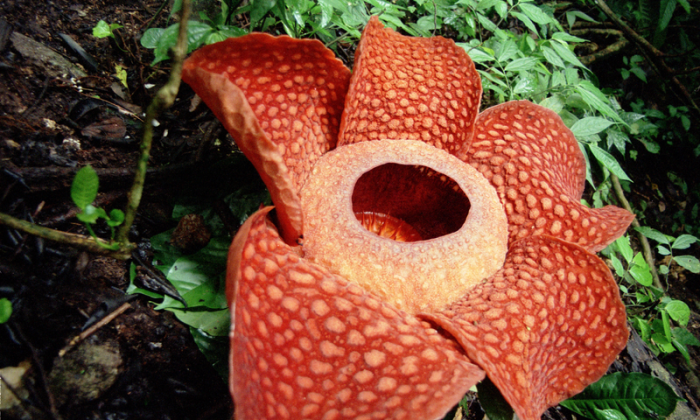 When thinking of weird plants, the obvious first thought is the bug-eating Venus flytrap— which of course is a very strange plant. But there are other plants out there that are just as odd and intriguing, and a lot less common. Interestingly, most also share one important and useful trait—they stink.

Indigenous to Madagascar and part of the Baobabs family of trees is the massive tree known as Adansonia Grandidieri. These enormous trees with stocky, cylindrical trunks can reach up to 100 feet in height and almost 40 feet in width. The tree is listed as endangered because of how useful it is to locals: Its fruit is rich in vitamin-C, the seed oil is excellent for cooking, and the bark is perfect for making rope.

With smells described as horrible as rotting meat or dung-like odor, and roots that feed on other shrubbery, this parasitic African plant grows mostly underground. Is is said to attract beetles, which it temporarily traps using them to help spread pollen. When its flower is open, it resembles a giant mouth with wispy teeth.

Just as the name connotes, this plant has a strong, pungent odor that smells like rotting flesh and is thus used to attract flies for pollination. Originally endemic to the Balkans, however you do not have to go far to find it as now it is found in parts of the United States (Tennessee, Kentucky, Michigan, Oregon, and Puerto Rico to name a few states).

This plant is considered a carnivore because it digests it prey after trapping it. This all happens within a split second after the fly, spider, or bug lands on the plant. The many strands of this hair-like substance act as an alarm to the plant as soon as its prey lands. The Venus flytrap is native to the wetlands on the East Coast of the United States and are often sold as houseplants.

The worlds largest flower is indigenous to Indonesia and what is surprising it that it also has a foul odor that accounts for its other name, “corpse flower.” The terrible odor used to attract flies to spread pollen. It grows low to the ground and has giant blood-red petals with raised yellow spots. The rafflesia arnoldii can weigh in at 15 to 24 lbs and it can grown to be as big as 3 feet in diameter.

This plant is endemic to Namibia and Angola, and considered the most resilient plant on earth as it can live for 400 to 1,500 years and has the capability of surviving without rain for 5 years. This plant can grow to be 6 feet high (rarely) and 24 feet wide. The plant consists of roots, 2 leaves, a stem and several cones.

Also called the “corpse flower” because of it’s terrible smell and also indigenous to Indonesia, this rainforest plant grows taller than most humans. Because of this odor it attracts carrion type of insects that help it pollinate.