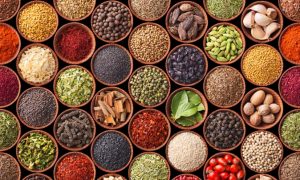 A few years back, the red-hot pepper took social media by storm, with people posting all sorts of ghost pepper eating challenges(shown above).

Heat, or spiciness is measured in units called Scoville heat units. The ghost pepper was revolutionary in that it was the first pepper to surpass 1 million SHU(1,041,427 SHU), making it the then undisputed hottest pepper in the world.

For comparison’s sake, this is approximately 400 times hotter than tabasco sauce.

But, if you’ve been keeping up with the hot pepper universe, you’d know that the Ghost Pepper is not only no longer the hottest pepper in the world, but has been far surpassed by several other peppers.

So why is the ghost pepper no longer the king of peppers? What caused its fall from grace?

The bad boys below have something to do with it.

Below are the 6 hottest peppers in the world, and if you observe their Scoville Units, each clearly outclass the ghost pepper in heat.

“Pots of Trinidad Scorpion” by Vicary Archangel – Own work. Licensed under CC BY-SA 3.0 via Wikimedia Commons.

Youtube channel tedbarrus — this guy has tried virtually every pepper on this list. The guy seem to make a living “trying foods”, but hey if you can handle it like he can, that’s not bad.

Despite having a unique dark-brown color, this pepper doesn’t have many challengers on social media.

However, if there is a challenger, once again it is YouTube user tedbarrus. Below is one of his “FBI reports”.

Haha, he said that the pepper nearly killed him. Unfortunately, at this level of heat, such a statement is probably not an exaggeration.

He tends to be a boss at these types of challenges, and he sure bossed this one, taking the 2nd hottest pepper in the world(at the time it was the hottest) in front of hordes of people like it was nothing.

Sometimes when I watch these videos, I worry that I am witnessing a death on camera.