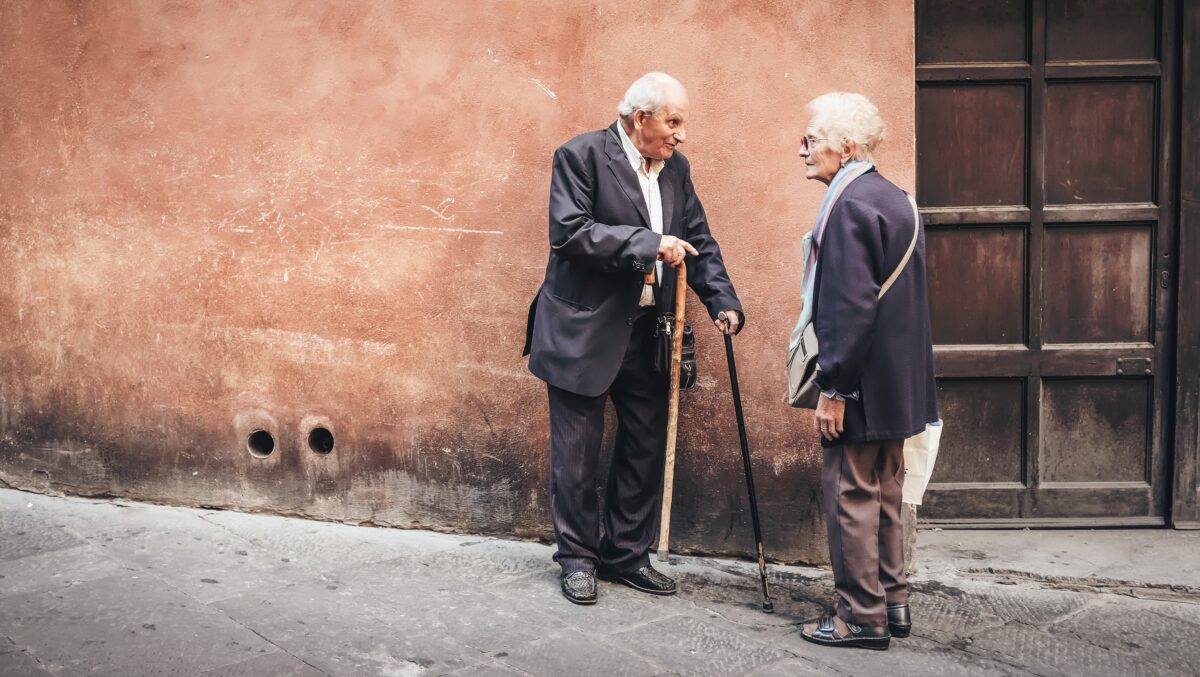 6 Reasons Body Odor Gets Stronger as We Age, and 3 Remedies

A Japanese study collected the shirts of 22 adults between the ages of 26 and 75, in order to assess their body odor. It was found that the older a person becomes, the stronger the body odor. Some people call it the “old person smell” or “old man smell.”

Why does the body of an elderly person emit a special smell? From which parts of the body does this odor emanate? Dr. Chao Zhaoming, director of the Dr. Chao Zhaoming Dermatology Clinic, gave us a detailed explanation.

6 Major Causes of the Smell

The “old person smell” usually originates from specific parts of the body.

The odor is emitted from parts of the body with poor ventilation, such as behind the ears and under the crotch, and the areas where the sebaceous glands secrete vigorously, such as the chest and back. In addition, the secretion areas of large sudoriferous glands are also prone to producing such odor. If these areas are not properly cleaned, blockages and even infections will occur. With inflammation, the smell will be even stronger.

The old person smell mostly appears in people over 65 years old. However, it has recently been discovered that many people over the age of 50 have this smell. It may be the result of several factors.

With increasing age, the secretion of estrogens and androgens will become unstable, and the body may produce a strange smell. For example, when androgens are too high, the scalp will secrete more oil and emit a bad odor.

If the metabolism of the epidermis of the skin begins to deteriorate, the keratin will become thicker and thicker, which may block the pores, thus generating an unpleasant smell.

People of different ages are under different types of stress. When there is too much stress, the body’s autonomic nervous system will be affected.

The autonomic nerves include sympathetic and parasympathetic nerves, which control the secretion of sweat glands. And if they are not properly regulated, they may also emit odors.

Overeating unhealthy food, sweets, and/or strong-tasting foods will cause excessive accumulation of toxins in the visceral fat. Emitted from the surface of the skin, their smells are not pleasant.

Another important cause is chronic diseases. For patients with diabetes, kidney diseases, and other illnesses, their bodies produce an unpleasant smell.

3 Ways to Get Rid of the Smell

People with chronic diseases should control their medical conditions first, so that their body odor will improve. If someone is healthy but still has a terrible body odor, it may be the result of a bad mood and/or diet. In order to improve body odor, one can pay attention to the following aspects.

With increasing age, many people slowly become reluctant to take baths and/or wash their hair and feet. Some elderly people are afraid of cold, so in cold weather, they may take a bath once every two or three days. Then their body odor will become relatively strong.

Some people may wear thick clothes and don’t change them in time, which can also produce bad odors.

Some seniors have a smelly scalp due to the build-up of oil, grime, and sweat. This is because they may not like washing their hair, and elderly men tend to have smellier scalps.

The elderly can improve their body odor to a great extent by doing a good job of cleaning their bodies.

You discharge what you eat. The taste of food can be discharged from our gastrointestinal tract and from the mouth, as well as secreted from the skin. So we could consume less heavy-flavored foods, such as curry, ginger, and spicy foods.

More importantly, we should eat more food items that are beneficial to our body, such as green vegetables. Vegetables contain various vitamins, as well as a variety of phytochemicals, including carotene and anthocyanidin, which are very helpful to the body’s metabolism. Your body odor will not be heavy if you eat a lot of vegetables. And your body can even emit a fresh scent.

Drinking water is very important. An adequate amount of water helps the entire body’s metabolism function well. And with a good metabolism, a person’s body odor will slowly become lighter.