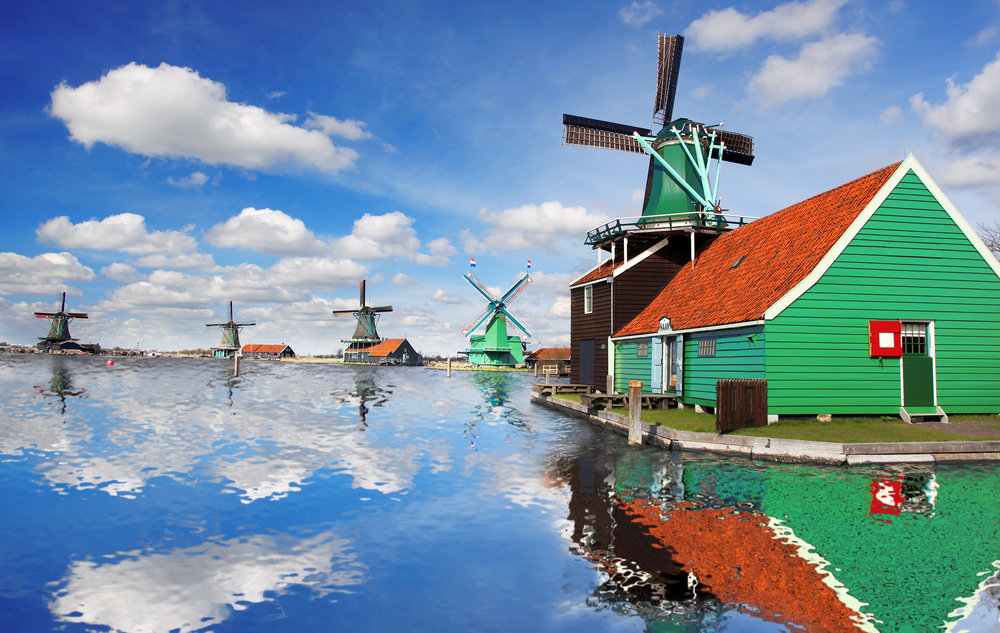 6 Places to Visit in Holland Apart From Amsterdam

A lot of tourists start and finish their trip in Holland in Amsterdam and often overlook visiting other interesting places in the country. Lovers of culture come from far and wide to tour the renowned Dutch museums. The cities will charm you, just as they did the great artists, while other attractions such as Keukenhof Gardens, the Delft Blue potteries and Gouda cheese market are equally memorable.

The Zaanse Schans is a delightful old hamlet on the banks of the river Zaan with green wooden houses, stylized gardens, small hump-backed bridges, tradesmen’s workshops, historic windmills and engaging little shops. Zaanse Schans is not just an open air museum but a living and working neighborhood. The hamlet has not always existed though. The museum was established in 1949 by the Stichting Zaanse Schans, a private organization concerned with preserving historical structures threatened by industrial development. Typical old wooden houses and windmills of the 17th and 18th centuries were taken down, re-erected here and carefully restored.

The old market town of Gouda lies in a fertile polder area between Utrecht, Rotterdam and The Hague, at the point where the Gouwe flows into the Hollandse IJssel. It is a very typical Dutch town with picturesque canals and many historic buildings in the old part of the town. After receiving its municipal charter in 1272 Gouda rapidly developed into an important trading town. In the 17th century, however, it declined. Later, after the traditional cloth-making industry had given way to the manufacture of pipes and the production of cheese, Gouda again developed into an important economic centre. Gouda is famed for its cheese.

Copyright © 2014 by A Luxury Travel Blog. This article was written by Chris Gant and originally published on aluxurytravelblog.com