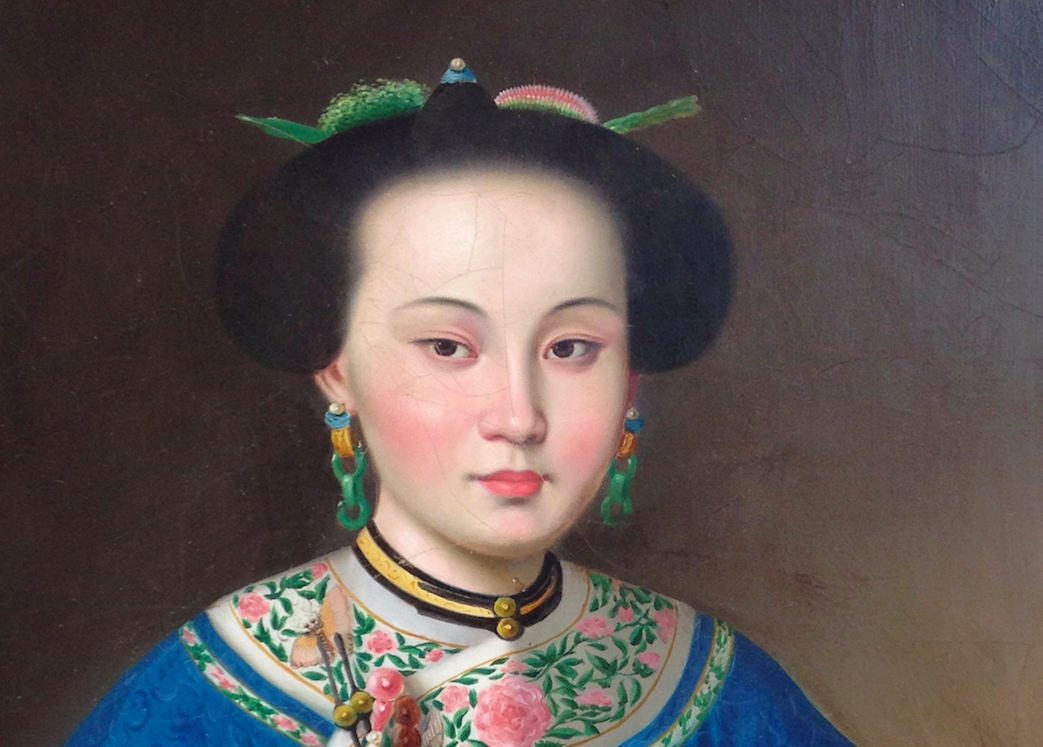 A closeup of a portrait of Qing Dynasty consort Xiang Fei, or the “Fragrant Concubine,” believed to be by Giuseppe Castiglione or follower. Collection of Dora Wong. (Christine Lin/Epoch Times)
Arts & Culture

6 Examples of How Portraits of Women Were Manipulated in History

Throughout history, portrayals of women have been used to further political, social, and commercial ends. In the Renaissance, women’s faces, bodies, and dress were carefully designed, sometimes fictionalized, to suit historical narratives or social mores. Sometimes they are meant to display alliance to a nation or people, or, on a smaller scale, her family’s wealth and position.

Here is a look at six women and how their images were shaped by their political and social landscapes. Sometimes these women had the power to formulate their own public image. Other times, they found themselves caught between opposing forces, where identity, ethnic, and religious rivalries dictated the way they were portrayed to the world and posterity.

China’s Qing Dynasty Emperor Qianlong had many concubines, but his favorite was said to be Xiang Fei. Her name translates to “Fragrant Concubine” because she was said to have had a captivating natural scent.

How Xiang Fei became a royal consort remains a controversy. Some say the native of Islamic Xinjiang was captured and forcibly taken to the capital during the emperor’s land expansions into the western territories. Others say she went willingly and truly loved the emperor, and that he doted upon her, lavishing her with jewels and gifts and tried to ameliorate her homesickness as best he could.

The mystery surrounding her true relationship to the emperor, as well as the cause of her death (suicide, murder) and burial (not in her homeland) has gained a renewed significance in light of the current persecution of ethnic Uyghurs by Beijing’s communist regime. The narrative of her life has been, and continues to be, so wrought with contradiction, that different groups tell entirely different tales, depending on their political bent.

Several versions of Xiang Fei’s portrait exist and are thought to be the work of a Jesuit painter to the Qing court Giuseppe Castiglione or at least one of his followers. In most of the seated ones, she carries a delicate string of Muslim prayer beads though she wears Manchurian palace dress and her features are likely modified to align with traditional Chinese standards of beauty.

One version goes to auction Sept. 16, 2014 at Sotheby’s New York. The one pictured is in the private collection of New York collector Dora Wong.