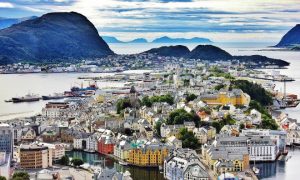 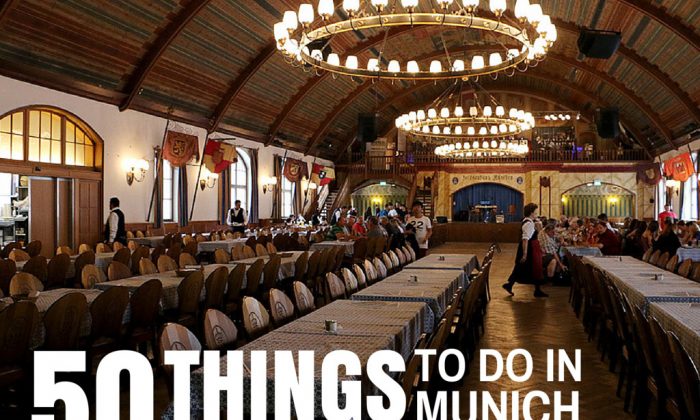 50 Things to Do in Munich

Munich was one of the cities that most surprised me in Europe– in a good way.

From the moment we arrived, entering the city by bus, I was taken aback by the city’s size. As we made our way from quite residential neighborhoods to the Old Town, the architectural styles quickly started to change. It might not have been the cute gingerbread-style houses typical of the Rhineland, but it was something just as special.

Filled with large, open pedestrian spaces and green parks, Munich seemingly had it all. Had we finally found the most livable city in Europe?

I instantly began to picture myself moving there, but I also wondered if such a town would be too boring for my tastes. Other than during Oktoberfest, this city sees very little tourism, and I thought maybe it was due to a lack of things to do. As the week went on I learned that wasn’t the case at all, as Munich offers plenty for visitors and locals alike.

1. Spend the day at Schloss Nymphenburg. This Baroque palace was once considered to be the countryside despite it’s convenience position downtown modern Munich. Back then it was used as the summer residence of Bavaria’s previous rulers, and today, along with its garden, it has become one of Munich’s most popular attractions.

2. Head out to Olympiapark. Constructed for the 1972 Olympics, this strangely designed metal playground is still used today as a venue for many events. Even if nothing in particular is going on, it still makes for an interesting trip as there are daily tours and exhibitions showcasing the past Olympic games.

3. Watch the Glockenspiel at Marienplatz. If you’re coming with high expectations, you’ll probably be disappointed, but nevertheless, you can’t come to Munich without witnessing this icon. Every day at 11am, with additional times in summer, the Glockenspiel bells chime as stories from the 16th century are re-enacted, with the finale being a classic jousting match between Bavaria and Lothringen– Hmm, I wonder who wins…

4. Experiment at the Deutsches Museum. The Deutsches Museum is the world’s largest museum of science and industry. With over 28,000 exhibited artifacts, it’s easy to spend a whole day, or two, at this world-class museum.

5. Go shopping at Viktualienmarkt. Munich’s most famous permanent market, Viktualienmarkt is visited by both tourists and locals daily. Each day you’ll find a wide variety of produce as well as specialty items like fresh fruit smoothies, baked goods and other such treats. Perfect if you’re looking to take home some Bavarian souvenirs!

6. Take a free walking tour. Walking tours are popular all throughout Europe, but we found the ones in Munich to be the best. They covered everything you could possibly want to see and lasted for over three hours!

8. Climb St. Peter’s Church Tower. One of the few free climbs in all of Europe, a climb up these 306 steps will reward you with some of the most spectacular views over Munich.

9. Watch river surfers at Eisbach. Despite being landlocked and some hundred-thousand miles away from the coast, Munich boasts some of the best surfing in Europe. This surfing, however, is all done on a river and the waves aren’t for any novice. Located right downtown, be sure to stop by and give the surfers a watch for a while.

10. Enjoy the Englischer Garten. This is one of the largest public parks in the world, even larger than New York’s famed Central Park. Filled with bike and horse trails, walking paths, a Japanese teahouse, WWII remnants and one of the largest outdoor beer gardens in Munich, you’ll find plenty to keep you occupied there.

11. Explore the Kunstareal. Known as Munich’s museum district, you’ll find multiple art galleries and world-class museums here. Even better? If you go on a Sunday, all of Munich’s museums cost only €1!

12. Taste some local brews and learn about Munich’s local beer culture. You can’t come to Munich and not try the beer! Even if you don’t like beer, it’s not an excuse. You’ll soon realize that all stories from Munich’s history has beer involved in some way or another. Appreciate it!

13. Take a day trip to Neuschwanstein. Although not actually in Munich, this is the castle of King Ludwig’s dreams. Munich proves to be the perfect base for many day trips including this must-see attraction!

14. Escape to nature at the Isar River. Located right in the middle of the city, the Isar River offers visitors a green space for biking, jogging, or simply relaxing. You’ll forget your in the city in no time.