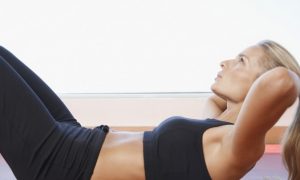 Study: The Best Sit-Up of All Time Is Still a Crunch
0
Share Now
TelegramFacebookTweetEmailTellMeWeReddit
Copy Link 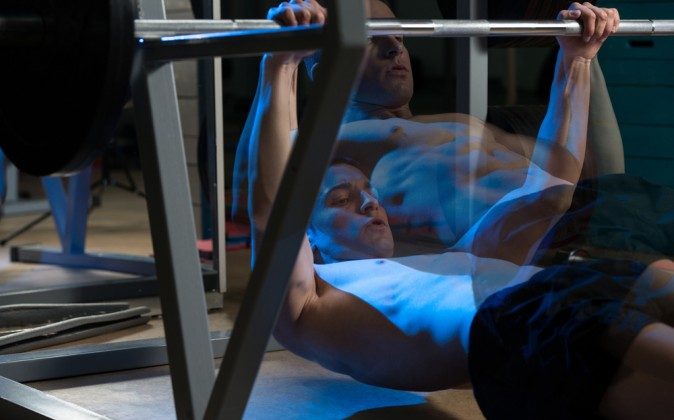 In my LAST POST, I went over two out of five unusual exercises that I think you should start doing.

Today, we’re going to cover the last three. The important thing to keep in mind is that these exercises all have a specific purpose, and it isn’t necessarily the same as the exercise you’re replacing.

Looking at last post, there is the example of the Y-Press.

Now, chances are, you aren’t going to build huge shoulders directly from that exercise—especially not compared to a mass-building favorite like the overhead press.

However, it will help strengthen your shoulders and make you more stable during ALL overhead lifts, which can help increase muscular development overall—in the long run.

The exercises on this part of the list are all very similar in that regard.  Because they are difficult from a technical perspective, they will require you to use less weight than similar exercises for the same body part.  However, with time and practice, you’ll be able to take full advantage of the exercises themselves, as well as the way they make you better at all others.

With that said, let’s get right into it!

This unusual exercise is a variation of the bent over row, and requires you to bend your body at an incredible steep angle—hence the name.  You simply place your palm on the ground, and arrange yourself in a “pike” position.  From there, perform a dumbbell row.

Here’s a video of the Deep Bend Row:

Obviously, it looks a bit silly; and perhaps even more obviously, the set up and positioning don’t allow for use of particularly heavy weight.  However, there are a few benefits to consider.

First, your “non-working” arm is supporting a good part of your body weight, so you’re building some shoulder stability.  Second, holding the pike position is a nice way to get some extra flexibility work—and let’s face it: you’re not stretching regularly and you know it.

Finally, we come to our main benefit, which is the difference in the line of pull.  I don’t like to fall back on bodybuilding cliché’s like “hit the muscle from all angles” but in this case, I like the variation because it works your back completely different from anything else I’ve found.  This is a great exercise for high reps and light weights; focus on scapular stability and a good range of motion.

Next up on our list of unusual exercises is the 1-Arm Inverted Row.

Some exercises look easy but are actually hard.  Some are pretty hard while looking easy.  And then you have a few that are as hard as they look. I love this exercise because it looks so awesome .  It looks as hard as it is, which means not many people even attempt it.

However, if you give it a shot I swear you’ll keep it in your workout programs for a long time to come.

The 1-Arm row obviously helps you develop tremendous pulling strength in the upper back muscles, but it also forces you to stabilize, so it engages your core very heavily.  In addition, like all singe-limb exercises, the 1-Arm inverted row forces recruitment of a superior number of high-threshold motor unit (HTMUs), which means this unusual exercise is fantastic for building both strength and muscle.

Finally, it’s a cool way to help you start developing the strength and coordination necessary to perform a 1-arm pull-up, which may be the most bad-ass exercise of all time.

Super Charging Tip – Can’t do a 1-Arm Inverted Row yet?  No problem.  Start with a side-to-side inverted row, which will help you develop the strength, as well as efficiency in the movement pattern.

This is a hard one, so work up to it by practicing unloaded (just holding your hands straight over your head);  as for loading, you can do it with a barbell or dumbbell, but I much prefer using a medicine ball or a plate, as shown in the video.


It feels as cool as it looks.

Okay, so that concludes the list!  I want to cover some pretty in depth stuff this week, but before we get into that, let’s do some homework.  I want you to try ALL of these exercises today.

What Is the Best Exercise for Losing Weight?