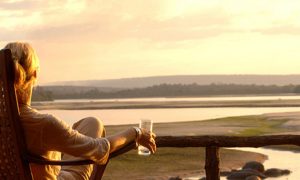 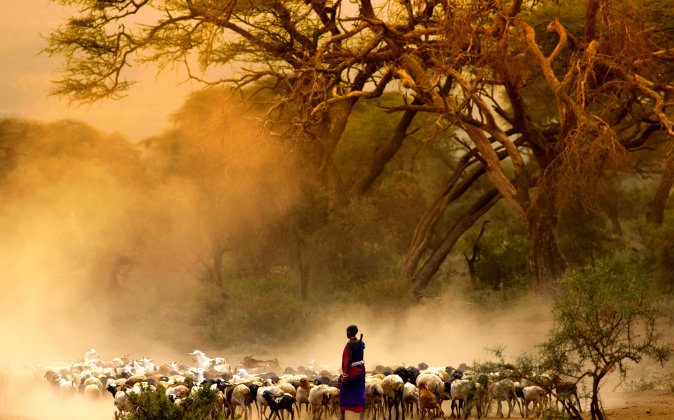 Shepherd leading a flock of goats via Shutterstock*
Destinations

Misinformed fears about the threat of Ebola and the spike in terrorism in neighbouring Kenya have both taken their toll on Tanzania’s tourism so far this year, with tourist arrivals in 2015 down considerably from 2014. But with Ebola closer to London than it is to Tanzania, and with little chance of Kenya’s problems trickling across the border, in fact there is no better time than right now to experience stunning Tanzania without the crowds and in all its glory. Here are five of the best Tanzania experiences that you should be sure not to miss this year.

This has been on many a traveller’s bucket list since it was first summited by a European more than 120 years ago. The so-called Roof of Africa has lost none of its allure today. Unlike most of its other contemporaries on the Great 7 Summits list, a large part of Kilimanjaro’s popularity stems from the fact that it can be summited without climbing experience or equipment. The mountain is well-known for its incredible range of climate zones and ecological systems, including lush rainforests, other-worldly alpine deserts and the famous arctic summit. Some experts predict that Kilimanjaro’s striking glaciers will have entirely vanished within the next twenty years, so there really is no time like the present to conquer this astonishing natural wonder. Kilimanjaro-Experience offer the broadest range of different routes and very German attention to detail.

Tanzania: A Varied and Diverse Destination

Witness the Greatest Show on Earth

The subheading says it all. The annual migration of more than a million wildebeest and a few hundred thousand zebra from the Serengeti in Tanzania to the northern plains of Kenya’s Masaai Mara is unlike anything else you’ll see. Anywhere. Ever. The Great Migration is one of the Seven New Wonders of the World. It’s an awe-inspiring, action-packed and sometimes tragic affair, with many of the migrating animals becoming prey for the numerous Nile crocodiles as they cross the Mara River. With so much prey around, the Serengeti’s big cats are particularly active during the migration too, and the abundance of big game in the park in general is staggering. To get a truly unique view of the migration and of this vast and stunningly beautiful park, book a morning hot air balloon safari and then cap it off with a champagne breakfast, all courtesy of Serengeti Balloon Safaris.

Copyright © 2015 by A Luxury Travel Blog. This article was written by Christopher Clark and originally published on aluxurytravelblog.com.

*Image of shepherd leading a flock of goats via Shutterstock