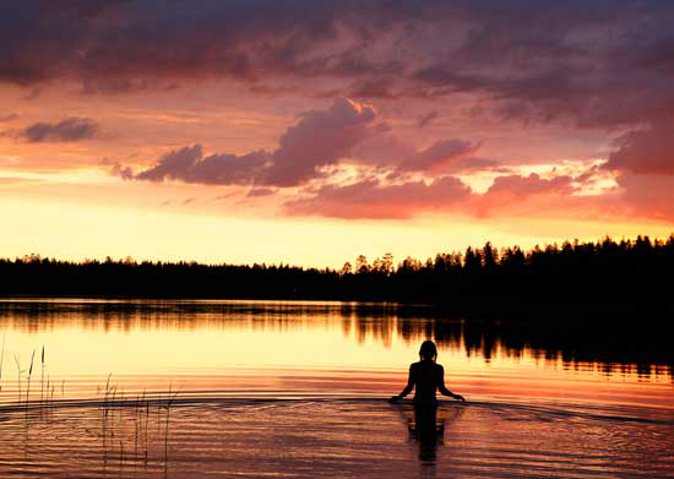 5 Things to Do in Finland Under the Midnight Sun

Winter days may be short and cold in Finland, but summer is a whole other story. With its northern location, Finland enjoys long summer days when the sun never really sets. This Finnish phenomena is known as a polar day or nightless night.

In the most northern parts of Finland, north of the Arctic Circle, the sun will not set at all for several months, while in southern parts of the country, the sun is visible for 24 hours a day only during the months of June and July.

Since nights during the Finnish summer are almost as light as day, you can play all night long under a beautiful golden glow stretched across the horizon. How will you spend all those extra hours of light? Here are five ways to make the most of the midnight sun in Finland.

Sailing in the Åland Archipelago

Exploring Finnish coastal waters is beautiful at the best of times, but when everything is bathed in an incredibly warm, bright light, a Midnight Sun sail is a whole other experience. The Åland Archipelago is a unique collection of more than 6,500 islands at the entrance to the Bothnian Gulf in the Baltic Sea between Sweden and Finland. Only around 65 of the islands are inhabited and the archipelago’s outer reaches are only accessible by boat, but with the extended daylight hours, there’s more sailing time to reach the more remote islands.

Sunset Paddling in the Lakeland

Finland is not only known as the ‘Land of the Midnight Sun’, but also the ‘Land of a Thousand Lakes’ (although there are actually over 180,000 of them) so combine the two on a sunset kayak trip in the Lakeland region, which occupies most of central and eastern Finland. Lake Saimaa, the largest lake in Finland and the fourth largest in Europe, represents Finland’s Lake District at its best. With hundreds of islands and broad open waters to explore, the extended daylight mean more time to make the most of the area, while watching the sunset over the watery landscape is a breathtaking experience.

Janna Graber
Follow
Janna Graber has covered travel in more than 55 countries. She is the editor of three travel anthologies, including “A Pink Suitcase: 22 Tales of Women’s Travel,” and is the managing editor of Go World Travel Magazine.
SHARE
Friends Read FreeCopyFacebookTweet
You May Also Like