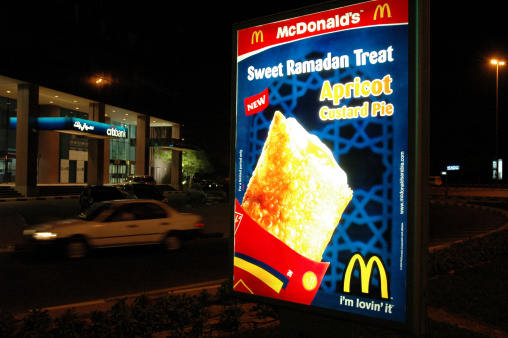 A nanosecond glance at a savory visual, at the right place and time, could mean a fortune for a food company. Companies are spending billions of dollars on how to capitalize on the human biological response to hunger.

The 2014 edition of Marketing Fact Pack by Advertising Age has gathered some striking facts about the food industry’s spending on advertising:

2. McDonald’s was the biggest spender on food advertising in 2012, spending $1.424 billion, of which $957 million was spent in the United States.