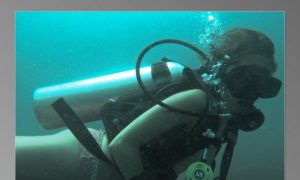 5 of the Most Fascinating Historical Sites in Southeast Asia

South East Asia is an incredible region to visit at any time of year, and is known mainly for its stunning beaches, delicious cuisines and friendly local culture, but Asia also is a paradise for ancients temples and religious monuments with Buddhist, Hindu and even Christian temples still in active use to this day. A visit to an ancient temple is like a taking a step back in time, and puts you in awe of the ancient cultures that built them.

The temple complexes of Angkor are by far Cambodia’s and South East Asia’s biggest historical claim to fame – and rightly so as well. Stretching for over 400 square kilometres and with 1000 temples, the park contains the ruins of several capitals of the Khmer Empire that existed sometime between the 9th and the 15th centuries. The main draw here is the temple complex of Angkor Wat, it is the largest religious building in the world and the most visited in the Archeological park. So whether you see it at sunrise or at sunset, both are spectacular, but you will be sharing the view with scores of other tourists crowding around a small pond fighting for the best spot to take that all iconic photograph.

For the more adventurous in you, there are a few rarely visited temples inside the park that you can find peace during sunrise and snap that amazing shot. There is a lot to explore here, and while most people see what they want in just one day, for those with a real interest the three-day ticket is a real must. A tour by motorcycle tuk-tuk is the easiest way to see the ruins and you can stop off at some of the less visited temples. Siem Reap itself, a few kilometres from the park will be your home, it has grown over the years and now there are an excellent mix of restaurants, bars and boutique shops for you to explore whilst not exploring the ruins.

Copyright © 2014 by A Luxury Travel Blog. This article was written by Daniel Barber and originally published on aluxurytravelblog.com