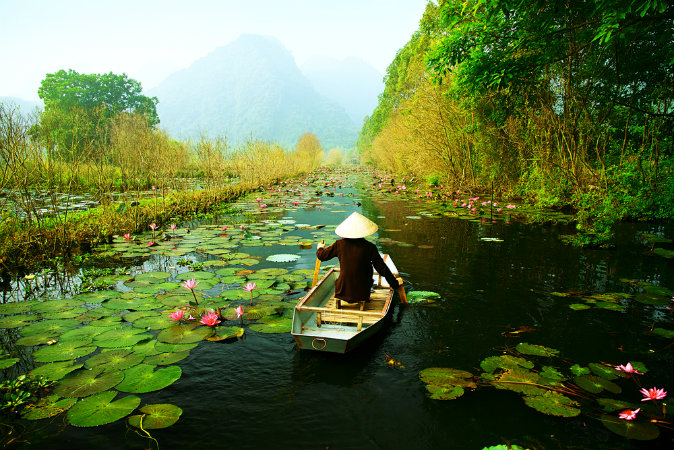 5 Must See Places to Visit in Vietnam

Rising like a phoenix from its war torn history, Vietnam’s serene landscape has captivated visitors for years. While war historians will inevitably find many sites of interest, there are other historical places with less violent pasts to be discovered.

Here are our top five must see places to visit for the historical traveller in Vietnam.

The site of the reading of the Vietnam Manifesto in 1945, the Mausoleum is now the final resting place of Ho Chi Minh. Make sure you dress modestly, as skirts and pants must cover your knees, and be aware that the guards will take all bags and backpacks from you before you are allowed to enter.

After that, you will be ushered into the cool, hushed environment of the mausoleum where you can see the beloved leader. A must see for any historical traveller.

For a peaceful day out, you can’t go past the World Heritage Listed Hue Imperial City. Founded as the Vietnam capital city in 1802 before relinquishing the title in 1945, Hue Imperial City is an oasis of serenity, characterised by stunning architecture and delicate landscaping.

Meander past the Ngo Mon Gate before visiting the tombs of Emperor Minh Mang and Emperor Tu Duc. Make sure you don’t miss the Nguyen King monuments before you leave.

Forming the base of the Viet Cong’s operations during the Vietnam War, the Củ Chi Tunnels are an important landmark for any historical traveller to visit. Crawl through the tunnels to get an idea of the conditions endured by Vietnamese soldiers during the war and then visit the shooting range to handle war era weapons.

This historical city is akin to a big country town where you can explore winding lanes leading to the Quan Cong Temple or the Museum of Say Huynh Culture. There are three historic houses that have been preserved that are also worth visiting: Phung Hung House, Quan Thang House and Tan Ky House. History buffs will also want to tour the congregation halls built in the 1800s by Chinese expats.

Built circa 250 BCE, this fortress is the site of the legend of King An Duong and his daughter, My Chau. The annual Cổ Loa Festival is annually celebrated on the sixth day of the new lunar year and involves a offerings made on altars and a ceremony honouring the king.

Listen to the traditional music and watch the fireworks displays, sports, dancing and archery after a day spent touring the fortress.

From ancient cities to landmarks still bearing the signs of war, Vietnam is a truly captivating destination for the historical traveller. Vietnam tours will often include these sites, so there’s really no easier way to start your historic adventure.

Find your tour today and get ready to be enthralled and moved by the beauty of Vietnam.

This article was originally published on www.acecityguide.com. Read the original here.

*Image of Yen stream via Shutterstock