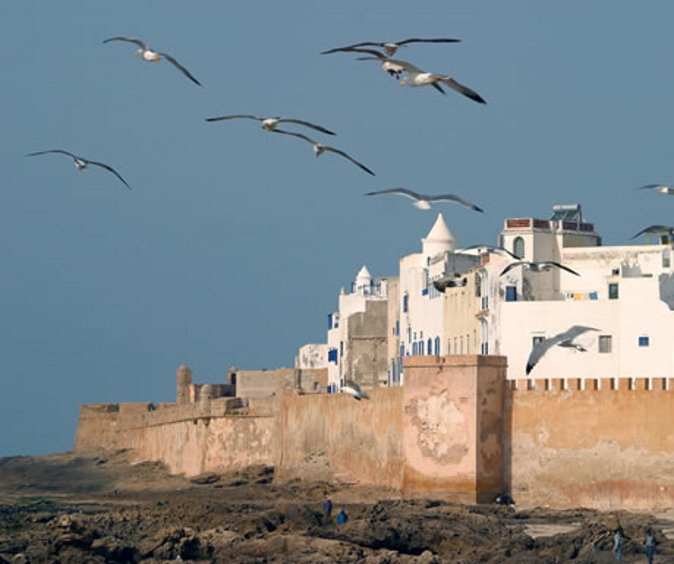 4 World Heritage Sites in and around Marrakech

Centuries upon centuries of a variety of cultures, languages and civilisations have imbued Marrakech with a rich, multi-layered legacy, which can be experienced all around the city in the numerous examples of history, art and architecture that remain. From the beautiful confluence of European and traditional Moroccan culture seen in the city of Mazagan, to the winding paths of Essaouria, you’ll discover the multiplicity of cultures and traditions that give Marrakech its distinct and unique charm.

The dramatic landscape of Ait Benhaddou presents the remarkable sight of one of the most stunning examples of a traditional Kasbah – a group of homes, courtyards and public buildings within an enclosed fortified area. With its angular construction, featuring angular towers and modest buildings across various layers, the result is imposing and striking, and the area has been captured on film numerous times as the backdrop to many Hollywood epics. Visitors to the area can immediately feel transported back in time through the diverse, well-preserved buildings that make up the Ksar.

Spanning back to the 11th century, the original Medina played a pivotal role for the ruling Almoravids as an important centre of commerce and culture. Consequently the Medina hosts several architectural gems, including the Koutoubiya Mosque, the Saadian Tombs, Bandia Palace and an array of beautiful gardens. Alongside the many historical buildings that populate the Medina, contemporary visitors can enjoy the vibrant, bustling atmosphere that permeates the area – with a maze of narrow, winding streets, traditional souks, street artists, food stalls and much more, the Medina remains the lively heart of Marrakech.