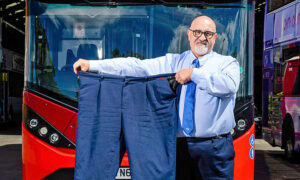 Bus Driver Who Ate Over 8,000 Calories a Day Was Furloughed for Being Obese, Sheds 80 lb
0
Share Now
TelegramFacebookTweetEmailTellMeWeReddit
Copy Link 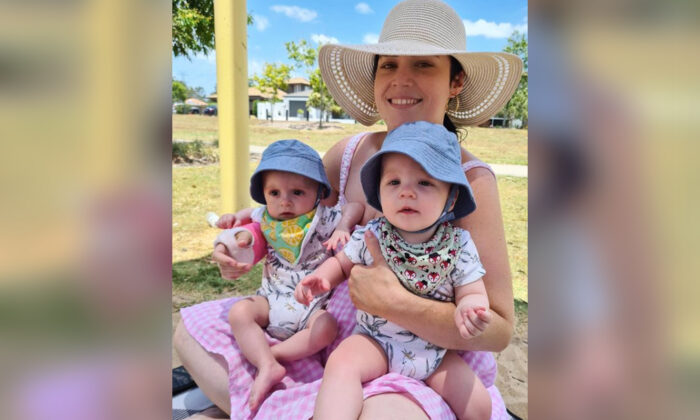 308lb Chocolate Addict Sheds Half Her Body Weight to Have Miracle Twins: ‘I’m So Proud’

An obese chocolate addict who was told she’d never have kids due to her size has turned her life around, dropping 140 pounds (63.5 kg) and giving birth to a set of twins.

Kimberley Tripp, 34, from Brisbane, Australia, has struggled with her weight since her childhood days.

“I grew up with everyone else in my family being really skinny apart from me,” Kimberley said. “I was bullied from a really young age about my weight and it continued to balloon as I got older.”

At her heaviest, Kimberley lacked confidence, and people thought she was pregnant when she really wasn’t.

Her diet at that time comprised mainly of sugary snacks and carb-heavy meals. For breakfast, Kimberley consumed iced coffee and pastries, followed by chocolate for a mid-morning snack and two sandwiches and more chocolate, along with a can of soft drink, for lunch.

For a quick afternoon snack, Kimberley opted to eat chips, lollies, or chocolate. Finally, she would eat two or three servings of pasta and a can of soft drink for dinner, along with a large bowl of ice cream.

“I’ve always had a weak spot for chocolate and soft drink,” Kimberley said.

The office manager had always wanted to be a mother but her dream was shattered when doctors told her that it would be nearly impossible for her to get pregnant due to her 308-pound (140 kg) weight and size-22 frame.

“I had always wanted to be a mom, but I never knew if it was going to happen for me,” Kimberley said.

In her quest to lose weight and become a mother, Kimberley began to try every “fad” diet and exercise program under the sun. But despite sticking to their strict rules and low-calorie meals, she had no luck at budging the pounds.

After visiting her doctor, she was diagnosed with Polycystic Ovarian Syndrome (PCOS)—which meant it was going to be nearly impossible for her to be able to lose a lot of weight naturally.

“People think surgery is a quick fix, but it really isn’t that at all,” she said. “It takes a lot of hard work and commitment. I have since maintained a low-carb, keto diet and I enjoy being active at the gym.

“Losing weight to become pregnant was definitely my biggest motivator.”

Her new diet comprised of coffee and protein yogurt or mashed avocado on a sandwich thin for breakfast, followed by chicken breast and steamed vegetables for lunch, and for dinner, Kimberley opted for prepped dinners such as keto cottage pie or keto curried sausages.

After turning her life around to drop a whopping 140 pounds and five dress sizes, inspirational Kimberley went on to have her miracle twins boys, Leo and Patrick, who are now 15 months old.

“I was so shocked when I found out I was pregnant with twins, that I spent the whole day happy crying,” Kimberley recalled. “I thought I might never get to be a mother, let alone to have two beautiful babies.”

With her transformation, Kimberley says she is happier and healthier than ever and loving life with her miracle twin boys. Apart from losing weight, she has also found a new passion for cooking healthy meals and exercising, which she would like to pass on to her children in the future.

At a size-12 physique, Kimberley admits that she still enjoys chocolates but eats them in moderation and tries to opt for sugar-free options. She also vows to never stop working on herself and striving toward a healthy life.