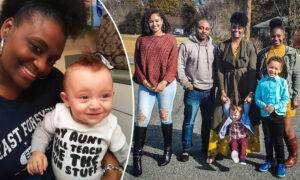 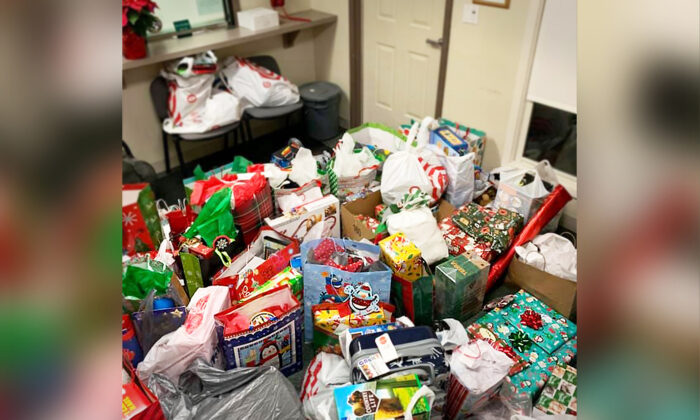 Some say that there’s nothing worse than being alone for the Holidays. But for one Ohio boy, there is something worse: being abandoned by his parents, along with his pet dog, in a cemetery just two days before Christmas.

However, after the 3-year-old boy was rescued, the local community rallied to bring him the best Christmas possible by flooding his new foster home with presents.

On Dec. 23, 2020, police received a call from a witness who reported seeing a young boy and his dog chase after a car as it sped away from the scene.

Officers from the Hinckley Police Department were dispatched to the scene and arrived at 12:16 p.m., according to Daily Mail.

There, they found a 3-year-old and his dog alone at Hope Memorial Gardens Cemetery in Hinckley.

The witness who discovered them was still there and gave police details about the blue mid-sized car she’d seen driving away. She reported that the vehicle sped away, westbound on SR303.

The boy, who said his name was Tony, could not tell officers his last name, though he did tell police his parents’ first names.

Soon afterward, the boy was taken into custody by child services and placed into foster care.

Officers later identified Tony’s parents after a relative recognized the young boy’s photo in the news. The father, who police describe as “very cooperative,” immediately called the police and reported that Tony had been in his mother’s custody at the time he was abandoned.

Headlines about Tony’s rescue also caught the attention of the local community. Before long, his foster home became inundated with Christmas gifts and clothing, with donations pouring in from Medina County and Northeast Ohio.

The Hinckley Police Department said in a statement:

“While the investigation is still ongoing with a lot of questions still unanswered, I want to assure everyone that Tony is doing very well in the loving home of a foster family here in Medina County. His Dad has been very cooperative with us and Children Services in the investigation. I will release further information when I can.”

No criminal charges have been filed at this stage, but investigations are still underway.

The Police Department thanked the community for rallying around the young boy and bringing him a memorable Christmas despite the sad incident just before the holiday.

“I would like to thank everyone for their kindness in wanting to buy Christmas presents for Tony, take him in and adopt him,” the department said. “You all are amazing people and why we have such a great community here in Hinckley, all of Medina County and beyond.”