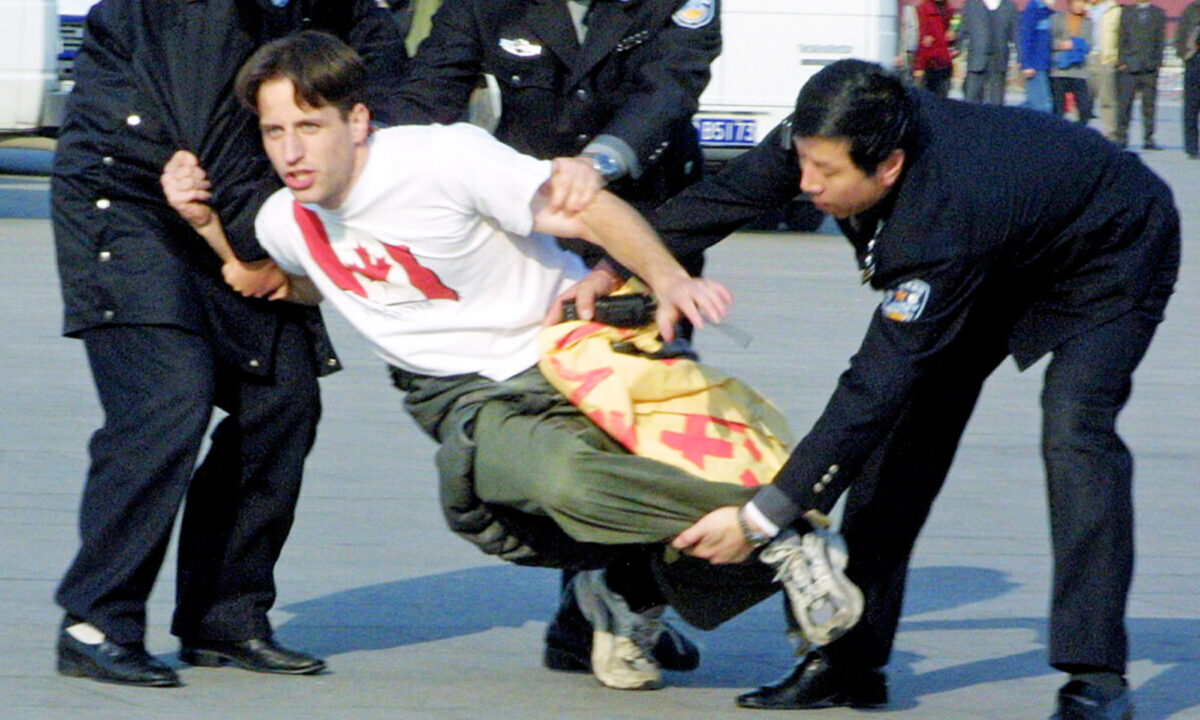 Truthfulness, compassion, and tolerance (or in Chinese, zhen 真 shan 善 ren 忍), sound like the ideal principles for the world to follow, but in communist China, uttering those three words together stands to have you arrested.

The ancient meditation and self-improvement system of Falun Gong (also known as Falun Dafa) is a meditation practice based on the traditional values of truthfulness, compassion, and tolerance, which every conscientious person can easily relate to. The peaceful practice, rooted in the Buddhist tradition, was relatively unknown to the rest of the world until 1999, when the persecution of Falun Gong was instigated by the Chinese Communist Party (CCP). Currently, it is practiced freely in over 80 countries.

According to Falun Gong’s official website, people who practice this “deeply rewarding spiritual path” often experience “dramatic health benefits as well as newfound energy, mental clarity, and stress relief.” “Its teachings encourage learners to let go of unhealthy attachments as they strive to attune their lives to the underlying qualities of the universe: Truth, Compassion, and Forbearance,” the website states.

However, in the past two decades, due to the persecution and the Chinese police’s relentless hunt for arresting more Falun Gong practitioners, the practice’s main tenets of truthfulness, compassion, and tolerance have become highly sensitive and censored words. Saying the three words together over the phone can trigger the CCP’s tracking system, alerting the police, who can then access the speaker’s GPS coordinates and come rushing out to arrest them.

If people were to utter these words in public in China, they not only stand to be arrested but also tortured and detained for long periods, or even end up having their organs forcibly harvested.

Introduced to the public in 1992, Falun Gong became widely popular in China by the late 1990s, with 70 million to 100 million people practicing it, according to state-run media reports at the time. The number of people practicing Falun Gong had far surpassed the membership of the communist party. Perceiving the influence of the meditation system as an ideological threat to its authoritarian rule, then-CCP leader Jiang Zemin initiated a violent persecution campaign in July 1999 to eliminate Falun Gong.

The CCP set up a special division just for the purpose of coordinating and implementing the persecution of Falun Gong practitioners. It is called the 610 office, named after the date it was set up: June 10, 1999. It is still in operation.

The CCP’s mouthpieces worked overtime to broadcast slanderous fabrications about Falun Gong in an attempt to turn public opinion against the practice. These media reports were even spread to other nations and were reproduced by overseas Chinese- and English-language media, who didn’t realize they were spreading disinformation.

According to The Epoch Times exclusive editorial series “How the Specter of Communism Is Ruling Our World,” the CCP has been promoting atheism and launching attacks against spiritual beliefs one after the other since seizing power in 1949, as the end goal of communism is to destroy faith by “corrupting human beings through deception, deviance, and infiltration.”

The persecution of Falun Gong launched by Jiang is “the largest since the Cultural Revolution.”

“[The nationwide persecution] boosted Jiang’s political authority and allowed him to place his allies in positions of power and profit. Jiang’s brutal policies against Falun Gong, and the corruption he encouraged, laid the foundations for the CCP’s modern resurrection of totalitarianism and threw China into an unprecedented moral freefall,” the book explains.

With unyielding efforts by independent investigators, the courage of the persecuted prisoners of faith, and the resilience of overseas Falun Gong practitioners in exposing China’s gross human rights violations over the years, the world is gradually becoming aware of the situation, and freedom-loving people are speaking out against the Communist Party’s persecution of Falun Gong.

Around the year 2006, allegations of state-sanctioned organ harvesting taking place in numerous hospitals across China began surfacing. In 2019, an independent tribunal’s investigation concluded that “forced organ harvesting has been committed for years throughout China on a significant scale and that Falun Gong practitioners have been one—and probably the main—source of organ supply,”

As the CCP’s persecution of Falun Gong continues, investigators assert that this kind of medical genocide continues to the present day.

Traditionally in China, many spiritual practices were handed down from a master to a few selected disciples, and it has been done that way for thousands of years.

The practice of Falun Gong is free of charge and available to any who wants to learn. Its core principles of truthfulness, compassion, and tolerance encourage people to change their ways to become better people, improving their morals to become good and kind.

With benefits to the body such as improved health, becoming more spiritual, significant improvement in moral values, and a sense of deep inner peace, people from all walks of life are learning this ancient meditation system. The universal principles of truthfulness, compassion, and tolerance are certain to go down in history as defining values for future mankind.

The set of exercises with instructions and the teachings of Falun Gong can all be downloaded for free online at www.FalunDafa.org.