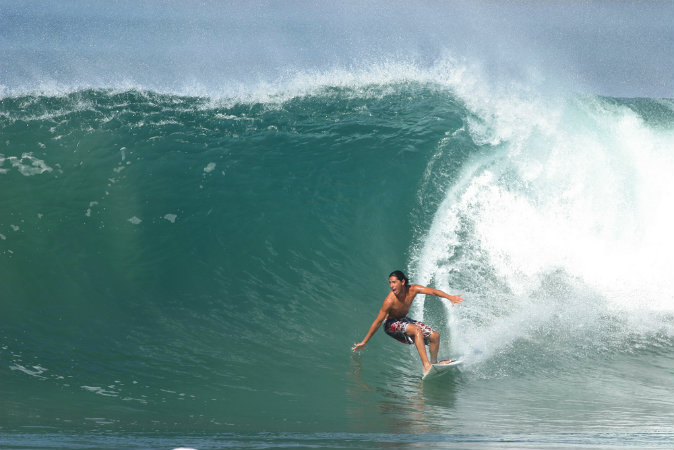 3 of the Best Surf Spots in Mexico

Since the 1950s at least, surfers have flocked to Mexico on holiday from the US and beyond to take advantage of the country’s great waves and beautiful, laid-back beaches. From the die-hard surfer to the more casual traveller, the endless coastline here makes the country a mecca for longboarders, shortboarders, and anyone else who lives for the ride.

From the reef breaks and spa resorts of Puerto Vallarta to the crowded surfing villages of Oaxaca, Mexico holidays can offer some of the best waves of your life.

Huatulco is an up-an-coming tourist magnet in the southern state of Oaxaca, where a mountain range tumbles into the tropical Pacific in nine stunning white-sand bays at Huatulco National Park. The south-facing coast is home to Barra de la Cruz, which has rocketed to fame since hosting a Rip Curl competition, attracting surfers from around the world in search of the holy grail – soft, clean barrels that you can ride for ever.

If you’re a longboarder or want to avoid the crowds, head a few kilometres south to Punto Conejo, a pristine and secluded spot with an excellent reef break and long waves; there are no barrels, but no crowds either.

For the strong and experienced surfer, head 100km west of Huatulco to Oaxaca’s Emerald Coast and the famous surf town of Puerto Escondido. The town isn’t served by any international airports, leaving it blissfully free of the tourists of Huatulco, and Zicatela Beach is undisputedly one of the best surf spots in the world.

The powerful 20-foot waves that barrel beautifully into this world-class beach break make it a popular spot for professional competitions, and the best surfers in the world come here to test their skills against the forces of nature. In contrast, the beaches, shops and restaurants are laid back and welcoming, which is perfect after a hard day of riding the waves.

Roughly 1,500km north-west of Puerto Escondido is the Punta de Mita peninsula near Puerto Vallarta, known as the “Mexican Malibu” for its pristine beaches and luxury accommodation. Surf and spa retreats are common in the area, for those who want to wind down with some yoga and an organic meal, while surf camps and day lessons abound for those new to the sport.

The northern coast of the peninsula boasts more than 20 spectacular breaks, from reefs to the famous 500km run at The Point. Sleepy villages cater to the surf crowd, with cheap and delicious meals for those who have just trekked out to some deserted spot to catch the best wave of the year. For the posh crowd, head to the Four Seasons to top off your holiday with a round of golf and some serious pampering.

These are just a few of Mexico’s outstanding surf spots – and there are far too many to fit on this list, from the remote desert beaches and big swells of Baja California to the consistent big breaks and drowsy sunshine of Troncones. If you’re considering a holiday to Mexico, regardless of your level of surfing expertise, throw on a wetsuit and get in the water; you won’t regret it.

This article was written by Alex P. originally published on www.etravelblog.com. Read the original here.

*Image of surfing via Shutterstock