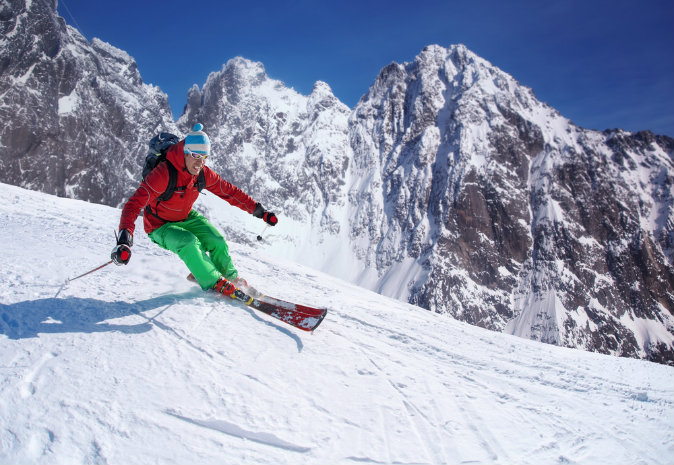 Europe boasts a huge variety of destinations for skiing and other snow sports. Some, like St Moritz, Courchevel and Val d’Isère, are world famous and can become a little crowded. As an alternative, why not look toward other European countries for your snow fix? Here are three resorts to remember:

If you’re looking for affordable ski chalets Austria has some pretty interesting surprises right up its sleeve. Mayrhofen, for instance, is still quite cheap compared to the resorts of Switzerland and France. This doesn’t mean that there’s nothing to do here. In fact, Mayrhofen is a popular resort with a legendary après ski scene.

Located in the Zillertal about an hour from Innsbruck in Austria’s Tyrol region, Mayrhofen is the gateway to some of the most exciting ski areas in the Alps. The slopes here are steep and require some experience and quite a bit of courage, whether you’re skiing or snowboarding. Harakiri, for instance, has a gradient of 78%, making it the steepest piste in Austria. If you’d rather not commit hara-kiri, you can go snowshoeing, ice skating, tobogganing, snow tubing or just go take a ride on a sleigh. Conditions remain ski-perfect for a large part of the year too.

The valley offers a variety of other attractions, from museums to mine tours. In April, music lovers flock to Mayrhofen too for Snowbombing, a festival of electronic music that rivals Ibiza.

When it comes to skiing in style, nobody does it like the Italians. Cortina d’Ampezzo in the Dolomites of north-eastern Italy is a favourite with the jet set and even James Bond has been here, in For Your Eyes Only.There is a good variety of slopes for different levels of skill and you can also try cross-country skiing, snowshoeing and ice skating, among other winter sports. The mountains offer climbing too and were one of the filming locations for Sylvester Stallone’s hit movie Cliffhanger.

Off-piste, the village boasts a variety of gourmet restaurants and designer boutiques in keeping with the wealthy clientele. There are art galleries, a planetarium and museums too, focusing on themes such as the palaeontology of the region or World War I history. A visit to Cortina can easily be combined with a couple of days in Venice, about 2 or 3 hours away.

With the Alps dominating the ski scene, it’s easy to forget that Scandinavia also boasts excellent ski resorts. One of the largest and most popular is Åre, about 90 km from Östersund in Sweden. Whenever Sweden hosts the Winter Olympics, this is where the alpine events are held. The ski area offers a good variety and you can also try snowshoeing, dog-sledding, snowmobiling, ice fishing or, for a thrill with a difference, snow-kiting or driving a sports car across a frozen lake. The nearby Tannförsen waterfall is frozen in winter and a popular attraction for sightseers.

Åre has a lively nightlife but one night-time activity not to miss here is night skiing. The resort’s proximity to the Arctic Circle means that on clear winter nights, you may see the Northern Lights. What Alpine ski resort can offer you this?

*Image of Mayrhofen, Austria via Shutterstock