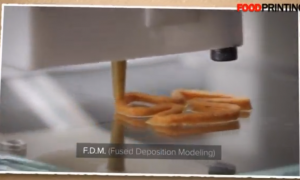 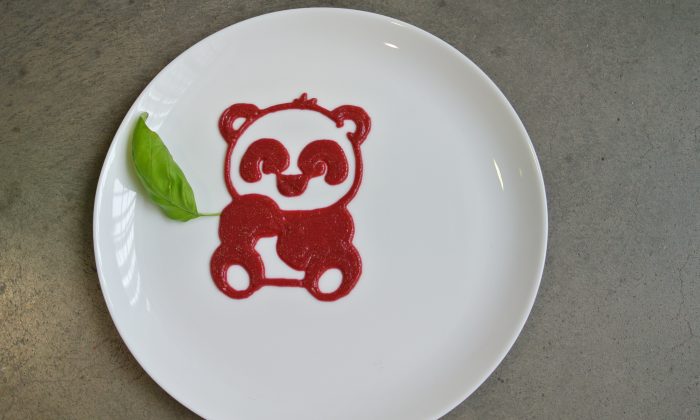 3D Printing Aims to Rewrite the Script on Cooking and Tech

Printed pastries with individually tailored nutrient levels. Ravioli that assemble themselves. Wedding cake toppers that are exact, tiny, renditions of the happy couple. It’s all possible thanks to a fresh meeting of taste and technology that has chefs exploring what 3D printing might mean for the future of food.

“The really exciting thing is the food we can’t even imagine today because we don’t have any way to make it,” said Hod Lipson, director of Cornell University’s Creative Machines Lab, which has been working on 3D food printing for about a decade.

Perhaps one day you’ll saunter into your kitchen, load ingredients in a combination printer/cooking machine and flip through scores of recipes before deciding what to print up for supper. You might find yourself eating foods you’d never currently consider, such as powdered crickets printed up as a palatable alternative meat.

Like more traditional 3D printers, food printers work by printing out successive layers of edible material, such as sugar. But the big challenge for companies exploring this is deciding on a viable business model. Should they be selling food cartridges? Recipes? Is this best for restaurants or home cooks?

“That’s the part I don’t think anybody has really figured out,” said Lipson, though he expects the new tech will ultimately take off.

One of the projects aimed at moving 3D food printing from prototype to plate is a partnership between the Culinary Institute of America in upstate New York and 3D Systems, based in Rock Hill, S.C. The collaboration is built around the ChefJet Pro, a 3D Systems machine that can print in sugar and is expected to be released by year’s end. The company also has a chocolate printer, the CocoJet.

In addition to teaching students how to use the printers, the partnership includes conferences, seminars, and internships for CIA students at The Sugar Lab, a 3D Systems facility in Los Angeles, which is expected to open in late spring, said Tim Ryan, president of The Culinary Institute of America.

Projects done in the meantime include a collaboration with celebrity baker Duff Goldman of Food Network’s “Ace of Cakes” that featured a cake sitting on a stand printed out of sugar. And sugar “really is a great match for what 3D printing is great at,” said Liz von Hasseln, 3D Systems’ creative director of food products. “Everybody’s interested in experimenting with their dessert.”

And though the technology is still emerging, she thinks it won’t be long before a bride can pick out a cake and order a printed topper which might be anything from a replica of the couple to a detail of the lace on her gown.

On the savory side, Barilla is working on 3D pasta printing with TNO, an applied scientific research organization. What might that look like? Barilla recently sponsored a contest for 3D designs and one of the winners was a pasta printed in the shape of a rose that bloomed during the cooking process.

Another printer expected to go on the market this year, Foodini, is aimed at home cooks and features an open capsule model in which the consumer places fresh ingredients. Barcelona-based Natural Machines plans beta production in the first half of the year, with a mass production run in the second half. The price is expected to be around $1,300.

The point of Foodini, said company co-founder Lynette Kucsma, is to take the tedium out of cooking without needlessly automating tasks. So, pizza dough and sauce is printed out, but toppings are sprinkled on by hand since that’s faster. “In our view, it’s not a novelty. Our proposition is not to say everything you eat should be 3D printed,” said Kucsma.

“When we talk about 3D printing people always want to get to what’s going to be in 50 years, or 60 years. Will it solve nutritional problems? Is this going to save the environment? The only reasonable answer to that is, ‘We don’t know,'” he said.

“That said,” he adds, “the technology is really exciting.”