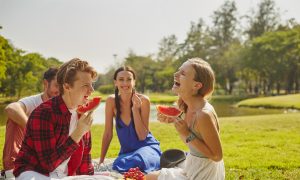 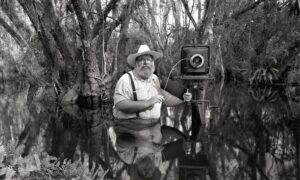 Why Nature Is So Important for Kids
0 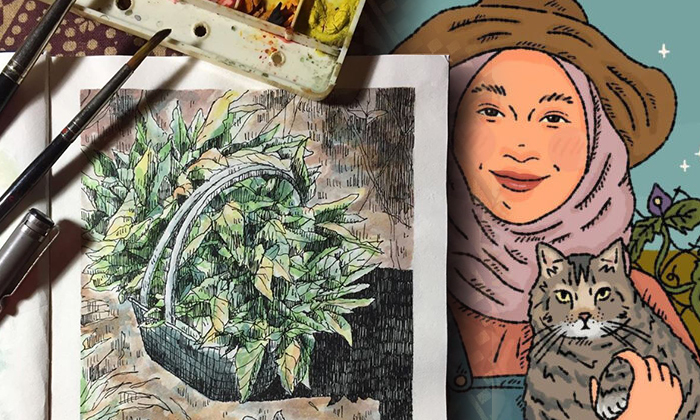 When 27-year-old Nuraishah Shamsuddin graduated from UITM in Shah Alam, Malaysia, with her master’s degree, she initially planned to stay in the city and work in the field of her study: graphic design.

Shamsuddin spent her time waiting for her post-grad job applications to go through by freelancing in design work. She eventually moved back to her home village in the district of Hilir Perak and started to farm vegetables as a part-time occupation.

However, the young artist had a change of heart, and has since ditched the city completely in favor of living, debt-free, with her mom and her cat while selling organic veggies for a living.

Shamsuddin explained in an interview with the website World of Buzz that she turned what was initially disappointment in job rejections into feelings of gratitude that she’s able to spend more time working in nature.

“I was quite disappointed when my application results came back negative as I applied every job according to my qualifications and for what I wanted to do,” she said. “But at the same time, I’m glad that God gave me a chance to garden a lot longer.”

Shamsudin’s farming expertise came both from her upbringing and from modern DIY, as she’s combined what she learned farming with her grandfather as a child with new information she’s gathered from watching YouTube videos.

“I remember I used to follow my late grandfather to his fruit farm and palm oil plantation in the mornings, and to my late father’s goat pen in the evenings,” she said in an interview with Bernama. “But for vegetables, I learned to do things by myself slowly from YouTube, reading, and through my past experience. It’s my hobby.”

The path she took has been a positive one for the former designer, whose move took her from a city with nearly 750,000 people. Now, she lives in a village inside the Hilir Perak district, which boasts just over 128,000 people among five different mukims, or townships. And the more rural lifestyle has presented health benefits; Shamsuddin reported that she has lost 18 kilograms (approx. 40 pounds) since moving back to farm, and she has seen her symptoms of a hormonal condition known as PCOS subside as well.

Each day consists of getting up, farming until the afternoon, then taking some of her vegetable wares home to cook. And while the smaller country life may not have some of the immediate luxuries that Shamsuddin might have found in a bigger city, she admitted that she’s still happier and healthier anyway.

“I don’t really miss the city life as I have all I want here. It’s easier to get stuff online these days anyway! I’m happy with my current life. Healthier, happier, blessed,” she said.

“7 months ago I ditch my designer career, go back home and live a simple life. I’m 27, I have no debt, I drive Perodua, I live with my mak and a cat, Copot, I go to kebun every morning till noon, I sell organic veggies for a living. Less is more,” she wrote.

Those who want to know how she’s doing can follow Shamsuddin on social media, where she posts about her adventures in farming both on Twitter and on Instagram.