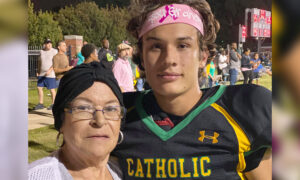 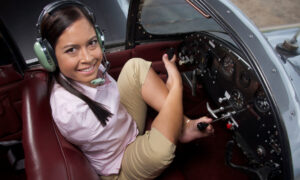 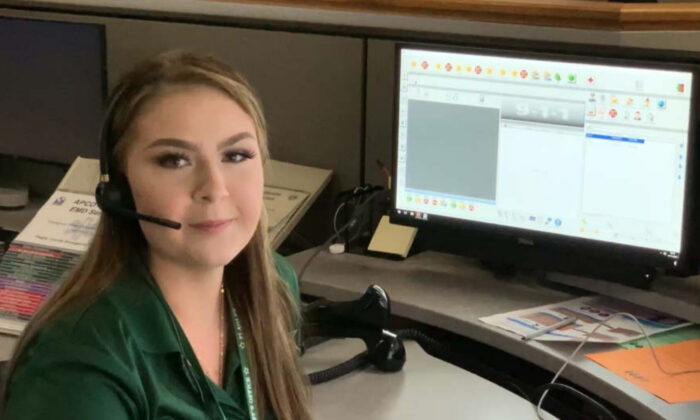 911 dispatchers can be the lifeline to many people who find themselves stuck in an emergency situation where a few minutes could mean the difference between life or death. A 21-year-old dispatcher for the Flagler County Sheriff’s Office (FSCO) is being credited for saving two lives back to back within the span of an hour.

Communications Specialist McKenzie Davis’s 12-hour shift on Sept. 6 was not like a typical day. At around 3:33 p.m., she answered a call from a panic-stricken mom of a 6-month-old baby who had stopped breathing.

A patient Davis first tried to calm the anxious mother down and then gave her the instructions to administer cardiopulmonary resuscitation (CPR). “The baby was turning color and I knew it needed CPR right away,” Davis told the News Journal. “That mother, she listened and did a really great job.”

As the mother carried out CPR on the baby, Davis stayed on the phone and counted out loudly to ensure that she was carrying out the compressions correctly and at a proper speed. After a full round of CPR, the infant started to breathe and move around.

Alluding to the moment, Davis, who has been working as a dispatcher for two years, said that the call “hit her home” because she has a 7-month-old niece whom she is very fond of and is close to. However, she still managed to keep her calm and carry out her task so that the baby could start breathing.

Reflecting on the life-saving ordeal, Davis shared that she felt a “weight lifted off my chest” when the mother on the other end of the line told her that the baby was breathing. Shortly after, the baby was transported to a children’s hospital for further observation.

Then a little over an hour later at 4:38 p.m., Davis received another 911 call from a woman named Barbara Mulvey, who explained that her 71-year-old husband was in a swimming pool and had stopped breathing.

Davis recalled that as soon as she took the call, she knew that “it was going to be a bad one.”

However, Davis, who had graduated from Matanzas High School in 2017, tried to first help calm Mulvey down and then carefully assessed the situation. Davis first instructed the woman to seek out assistance from family members to get the man out of the water and then asked them to put her on a speakerphone. “I asked if they wanted to rotate out on the CPR, which is why I ask them to put me on speakerphone so you can relay the count (of compressions),” she said.

Since no one on the spot had prior experience in performing CPR, Davis provided them instructions and counted out aloud as the family administered CPR in rotation. She continued until two deputies arrived at the spot. According to a release by the FCSO, one of them took over CPR and the other attached the man to an automated external defibrillator (AED). Once paramedics arrived at the scene, they noticed a strong pulse, and the elderly patient was transported to a hospital in an ambulance.

Mulvey called Davis an “angel” for helping save the life of her husband that day, according to WKMG-TV.

In the wake of the two life-saving incidents, Sheriff Rick Staly reminded people that 9-1-1 is the number they can call during their “darkest hour and it is the voice on the other end of the line that can help you through whatever situation you are facing,” he said, according to the release.

He also hailed Davis for her efforts that day. “She is a true hero and a great partner with our deputies in the field,” he said.

These two incidents mark the four lives that Davis has helped save this year alone. The communications center has also started a new ritual to track the lives saved by their dispatchers visually on a wall and have named it the “Tree of Life.” Every time a dispatcher helps save a life, their name is written on a leaf and a heart is drawn against it to indicate that they helped save a life. Davis already has four leaves.