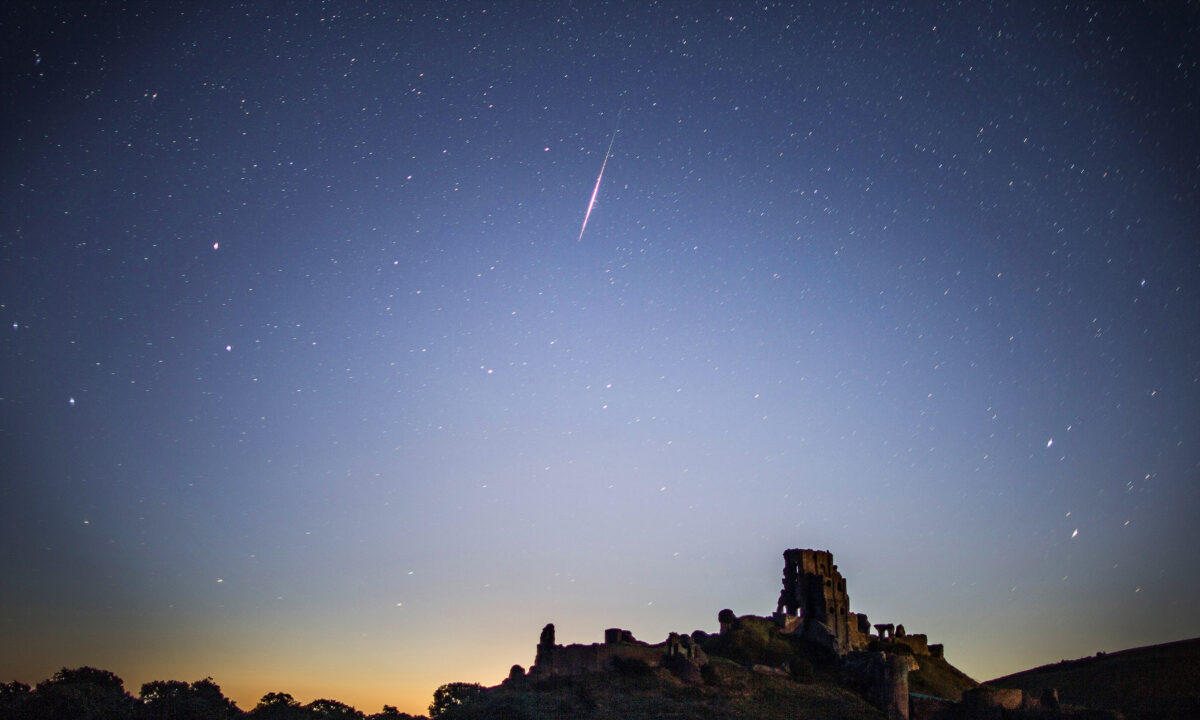 What began as a hunk of frozen gas and space dust orbiting the sun 20,000 years ago will soon appear as a light show in the early morning sky.

Stargazers will be treated to two distinct meteor showers which converge in late summer and will soon make their yearly rendezvous again.

The famous Perseid meteor shower and the lesser-known Delta Aquariids will appear together at the same time—and may even cross paths—with the Delta Aquariids starting from mid-July and the Perseids joining them from August for the rest of the month.

The Delta Aquariids are already upon us and currently in full display. The shower’s nominal (predicted) peak, on July 29, coincides with the new moon, making for dark conditions and ideal meteor sighting (Don’t worry—the Delta Aquariids ramble on for weeks). One can expect to see as many as 20 Delta Aquariid meteors per hour under dark skies with no moonlight during peak period, according to EarthSky.

Thus, the early weeks of August present ample opportunity for meteor spotting in the northern hemisphere.

Particularly notable to watch for are the glowing ionized trails of gas that meteors sometimes leave behind, called persistent trains, which can last for one or two seconds after the meteor passes. About 5 to 10 percent of the Delta Aquariid meteors have these spectacular streaks.

Both light shows will trail off and end on August 21, saying sayonara until next year.

How to Catch the Delta Aquariids and the Perseids

The Delta Aquariids shoot from the direction of constellation Aquarius. The shower’s “radiant,” the single point from which meteors emanate, is located near Aquarius’ third brightest star, the constellation’s “delta,” hence the name “Delta Aquariids.”

The Perseids’ radiant hits the constellation Perseus, which stretches from the low northeast to high north when viewed from the northern hemisphere.

To best glimpse both meteor showers, find a position away from artificial light on a moonless night with a field of view that captures as much sky as possible. One need not look to the radiant for meteors, as they shoot outward from there and may appear anywhere across the heavens.

Where Do the Delta Aquariids Originate From?

Meteors are the dispersed remnants of comets—amorphous chucks of frozen gas and space dust that constantly shed their material as they travel throughout outer space.

Our solar system has many comets orbiting the sun, one of which being 96P Machholz, discovered by Don Machholz in 1986, which has been shedding its matter for millennia up until today. Material leaving the comet’s nucleus about 20,000 years ago caused the Delta Aquariid, a recent study suggests. The parent comet is also part of a the 96P Machholz Complex, comprising eight different meteor showers, the Marsden and Kracht comet groups, and at least one asteroid, called 2003 EH1. Over eons, their orbits around the sun gradually diverged.

Over millennia, 96P Machholz’s orbit has shifted in shape and tilt. It circles the sun every 5.3 Earth years, and brushes as close as 0.12 astronomical units (or AU, the distance between Earth and the sun) from the sun, well inside Mercury’s orbit. Comet 96P Machholz has quite literally scattered its detritus throughout the inner solar system. That matter, when it encounters Earth, falls and burns up in the atmosphere, causing meteor showers.

Peak meteor viewing is already in full swing. But the opening of August will definitely host a symphony of lights in the early morning sky as two meteor showers team up until month’s end. Enjoy the show!