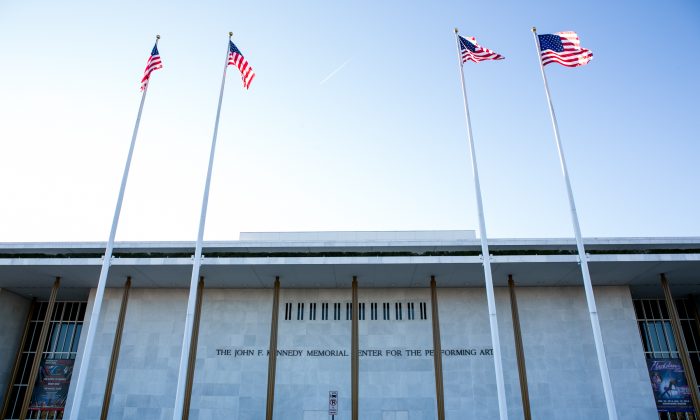 WASHINGTON—As Surgeon General of the United States from 2009-2013, Dr. Regina Benjamin dedicated her life to protecting the health of Americans. “I love it! I love it!” she said.

Dr. Benjamin had attended Shen Yun in the past, but noted that the Jan. 23 evening performance at the Kennedy Center Opera House was “even better.”

As for Shen Yun, Dr. Benjamin commented, “The colors are so beautiful—the talent, the artistry.”

Shen Yun seeks to revive China’s traditional culture, which since ancient times has been referred to as the “Celestial Empire.” Such a title “refers to the belief that the divine, through various dynasties, transmitted a rich and abundant culture to the Chinese people,” according to Shen Yun’s website.

Profound inner meaning combined with rich nuance permeate each story performed by Shen Yun. These stories, passed down in vivid detail through 5,000 years of dynastic history, provide a vast source for relating this ancient culture to today’s audiences.

She especially noted the dedication and skill put in by Shen Yun’s artists to create such “a beautiful work of art.”

“So talented. They must study for years to be so good and synchronized. Its hard to jump like that, but to do it at the same time … I really enjoy it,” she said.

From the performance Dr. Benjamin understood something about Chinese traditional culture, that “no matter what, the spirit lives.”

“Some people are oppressed for their beliefs and should not be,” she said, referring to part of Shen Yun’s performance that depicts the persecution of the spiritual practice of Falun Gong in China today. Falun Gong is based on the universal principles of truthfulness, compassion, and tolerance.

“Just to be able to express what you believe is basic to the human spirit,” she said.