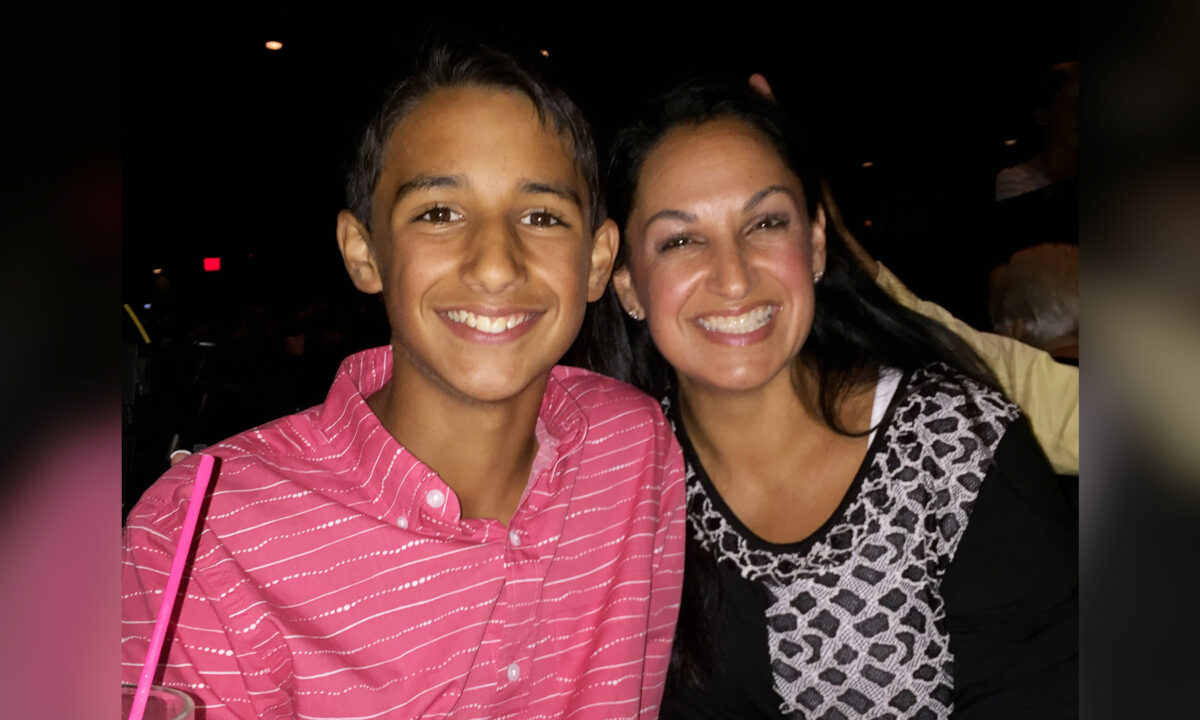 Having been 'spared the drama' of social media, he invested his time in becoming a great student and athlete
BY E. S. Armstrong TIMEJune 21, 2022 PRINT

One Minnesota mother challenged her 12-year-old son to stay off social media until his 18th birthday, promising him a prize of $1,800 if he accomplished the task.

Lorna Klefsaas, 52, a mother of four and a travel agent from Motley, Minnesota, heard on the radio about a “16X16 Challenge,” where someone was given $1,600 for doing something until they were 16 years old, and her attention was sparked. She and her husband had watched their three older girls struggle with social media to varying degrees as teenagers. One of their daughters even dealt with depression and anxiety as a result. Lorna wanted something different for her fourth child, Sivert.

“I just wanted to keep Sivert off of it as long as I could,” she told The Epoch Times.

So one day, popping into the kitchen, Lorna casually threw out the challenge.

Now, at age 18 and a senior at Staples-Motley High School, Sivert said, “I accepted it because it was so much money! I probably hadn’t had more than $10 ever in my life. So, $1,800 sounded like a fortune. I remember thinking I would have enough money to buy a house and a car.”

Having never been on social media to begin with, he initially believed the challenge would be easy.

“It wasn’t like I had to give something up—I just had to not start,” Sivert said.

Motivated by the promise of the money, the challenge proved easy at first. However, by the time he reached his junior and senior years in high school, it became more difficult. As he grew older, he realized $1,800 wasn’t as large a sum as he first thought. But then, there were also the social inconveniences that came along with staying off social media.

“It was especially hard when I would meet new people. Everyone would ask for my Snapchat. When I said I didn’t have one, they didn’t really know how else to stay in touch with me,” Sivert said.

Although perhaps some connections were missed during that time, he stuck with it. He had friends who knew about the challenge and kept him updated on the things he missed online. In the end, his determination to champion his goal “was a matter of pride.”

“And a matter of how much time I had invested,” Sivert said. “I didn’t want to give up when I had already stayed off for four to five years! I really just wanted to win.”

Lorna looks back and thinks the impact of his commitment has been “tremendous.” Not only was he “spared the drama” of social media during his formative years, but it afforded him extra time that his friends were spending staring at computer and phone screens. He used his time for things that mattered to him.

“Sivert is a great student and a great athlete. He has invested his time in becoming the best high school student he can be, and it has paid off. I also think it has given tremendous ‘in person’ skills,” she said.

“He is a good conversationalist, makes eye contact, and is engaged with the people around him. He has poured hours into his academic and athletics, and he is starting to see the rewards. He is going to be No. 1 in his class. He scored his 1,000th point in basketball this year, and he rushed for over 2,000 yards in his football career. I am extremely proud of him.”

On the morning of Sivert’s 18th birthday, Lorna walked into his room with the long-awaited check for $1,800. He won—he had stuck to the challenge.

“We both laughed about it, as we knew it wasn’t anywhere near the amount of money I thought it was when I was 12. But mostly I felt proud of myself,” Sivert said.

He plans to buy things for his dorm room with the money.

That very day, Sivert downloaded Instagram and Snapchat for the first time. The high school senior, who will be attending the University of Northwestern in St. Paul this fall to study business administration, said he likes social media for keeping up with his friends and family.

Lorna said her son is enjoying using social media, but he “isn’t addicted to them.”

“I know he will not allow social media to dictate how he feels about himself or his worth,” she said.

One comment that Lorna has received from many people is that she should have paid her son a lot more money to complete the challenge. And Lorna agrees. The outcome has been far more valuable than the expense.

“At the time, I thought it was just a cute challenge—$1,800 for 18 years. In retrospect, I would have paid a lot more for the results we got,” she said.