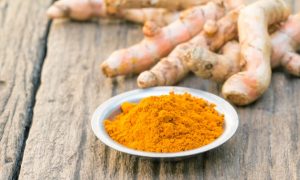 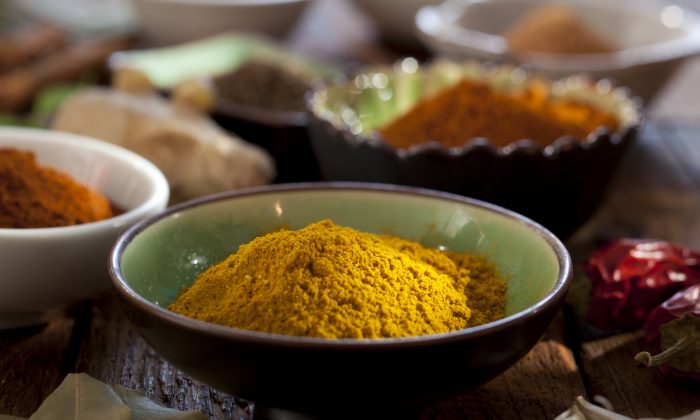 Turmeric is one of the most well-researched natural substances that we have access to. It’s effects are unparalleled in nearly all domains to do with wellness and healing.

This root is rich in polyphenols and antioxidants. It’s anti-inflammatory uses are unparalleled in the world of medicinal substances.

What a wonder that nature has given us such a powerful plant ally to cope with the high rates of modern disease—without the nasty side effects we see from the alternatives like chemotherapy and NSAID and overuse of antibiotics.

Turmeric is a root that has been used traditionally in the Indian medicine system of Ayurveda for thousands of years.

Its active polyphenol, curcumin, has also been studied extensively, and the therapeutic properties of this food are absolutely jaw-dropping.

Curcumin isn’t the only active medicinal compound in turmeric; turmorones and curlone are other compounds which have antibacterial activity.

Turmeric is also a nutritional powerhouse with high levels of manganese and iron. It helps the body to digest fats, reduces gas and bloating, and has shown to help in weight loss.

Traditionally, turmeric has been used to treat conditions of the stomach like ulcers and inflammatory conditions. It’s also been used as an all-natural textile dye.

How to Use Turmeric

There are many ways to incorporate the healing power of turmeric. A main ingredient in most curries, turmeric gives a beautiful burst of color but doesn’t offer much in the flavor domain.

That being said, it’s a versatile substance that you can add to just about anything. Here are our top uses:

However you choose to harness the power of turmeric, there’s no question that everyone should be utilizing the anti-inflammatory medicine of this useful substance.

As we’ve discussed in previous articles, inflammation is at the root of all illness. If we can control inflammation, we can protect ourselves from a bevy of chronic diseases.

There’s no downside to including turmeric in your diet, and the list of benefits continues to grow. So far there have been over 5,000 research studies done on turmeric, and that number grows as does people’s awareness about this nutritive substance.

Antioxidants play an important role in keeping us healthy. Utilizing antioxidant-rich substances is the best way to protect against a myriad of illnesses caused by oxidative stress.

When we think of antioxidants, pomegranate and blueberries come to mind, but turmeric is actually higher in antioxidants than most fruits and vegetables. Turmeric also raises the levels of glutathione, the body’s most abundant antioxidant.

Aging is, of course, a completely natural process, but today in a fast-paced, toxin-filled world, the process of aging is significantly sped up. Most of us consume plenty of free radicals from the environment, causing damage to our cells, but few sources of healthy antioxidants to combat this damage.

Oxidative stress is linked to many diseases, and the only way to fight it is consuming plenty of antioxidants.

Telomeres are the end-cap portion of each DNA strand. They shorten as we get older, and many researchers postulate that this is the main cause of aging. Preservation of telomere length results in preservation of youth and vitality and avoidance of common issues associated with aging.

Curcumin has been shown to preserve telomere length, and it also has an abundace of antioxidants to combat oxidative stress.

The polyphenol in turmeric that gives it that brilliant saffron hue is known as curcumin. This substance has been found to be anti-cancer, anti-inflammatory, and an antioxidant.

There aren’t many substances in this world that we can make such claims about.

Cancer stem cells are thought to be the root cause of cancer. If we could just find a way to target the stem cells, perhaps there would be hope.

A unique compound slightly different from isolated curcumin and known as liposomal curcumin has a positive effect on treating pancreatic cancer, one of the worst forms of cancer. (Most people are given a very short time to live in the final stages of this disease.)

Employing this special compound can inhibit tumor growth by up to 42 percent.

The most aggressive and treatment-resistant form of breast cancer is called triple negative breast cancer (TNBC).Researchers in one study on TNBC utilized curcumin and found it induced apoptosis (cell death) in these resilient cancer cells.

Ar-tumerone, another compound found in turmeric, has been used to treat leukaemia and shown to induce programmed cell death.

No, this is not a cure for cancer, but the research and studies are exciting and noteworthy.

The rampant overuse and abuse of antibiotics has created quite a few problems. Internally, antibiotics wipe out our essential gut flora, leaving us susceptible to just about anything. This creates a vicious cycle of illness where the only thing that can cure us is the very thing making us sick.

The best thing about utilizing the medicine of turmeric instead of relying on antibiotics is that it won’t harm the gut flora, and it comes with a bevy of other benefits.

Another problem with overuse of antibiotics is that many bacteria have evolved to become completely resilient to the antibiotics. Curcumin has the capacity to resensitize infectious bacteria to conventional antibiotics. The implications of such a finding are profound.

Of course, there are cases where antibiotics are life-saving, but not when the bacteria have evolved to resist them.

Curcumin extract has been found to be effective even against resilient pathogenic bacteria such as Acinetobacter baumannii.

Our livers are under a lot of stress these days. It’s their job to filter toxins and protect us from ingested pollutants. For anyone on any kind of drug, the burden on the liver is even greater. There have been many studies done on curcumin’s effect on the liver, and the results are promising.

Curcumin kills liver cancer cells and tumors. In one case, a 6-month-old baby with liver disease was treated successfully with curcumin and monitored over the course of six years.

Turmeric  can also protect and heal the livers of diabetics.

Curcumin raises levels of HDL, the good cholesterol, which protects against heart disease and lowers triglycerides. The role of cholesterol is often misunderstood. Cholesterol in the form of HDL is very healthy and necessary for hormone production.

A preparation of curcuminoids is a favorable alternative to the common cholesterol-lowering drug Lipitor in its function to reduce inflammation and oxidative stress.

In one study, curcumin treatments also lowered the risk of heart attacks (MI) after coronary artery bypass grafts (CABG) by more than 50 percent compared to the placebo. The study authors state: “We demonstrated that curcuminoids significantly decreased MI associated with CABG. The antioxidant and anti-inflammatory effects of curcuminoids may account for their cardioprotective effects shown in this study.”

Curcumin has a cardioprotective effect comparable to the benefits obtained through regular exercise. Not that you should use it to replace exercise, as there are other important benefits gained from exercise alone.

Diabetes is a disease that we can conquer with the right tools and techniques. Turmeric is certainly one of them, along with a diet low in refined sugar and carbs and practices like juicing and exercise. There’s no reason why we should have such high levels of diabetes.

In pre-diabetic patients, curcumin was shown to prevent development of Type 2 diabetes 100 percent over the course of a nine- month treatment

There have been at least 30 studies done on the interaction and effects of turmeric for treating both Type 1 and 2 diabetes.

Modern convenience pain medications like ibuprofen and other NSAIDs (non steroidal anti-inflammatory drugs) aren’t a great long-term pain solution. They’re toxic to the liver and thought to contribute to thousands of deaths from heart disease annually.

The good news is that recent trials show turmeric extract to be more effective at long-term pain management and with far less negative side effects.

Inflammation is a natural mechanism brought forth because something has gone awry. Without this system to let us know we need to slow down, we would only continue to make the problem worse. Our inflammatory response wasn’t designed to be numbed by pain medication.

When we use painkillers, we don’t get to the root of the inflammatory issue. How amazing is it that a substance like turmeric exists that is actually effective at helping with the pain as well as providing a long-term solution that addresses the root of the issue.

The anti-inflammatory properties of turmeric are truly astounding. You won’t see another substance come close to this one in its effectiveness. If you delve deep to the root of every single disease that exists, you will find one common factor throughout them all—inflammation.

Turmeric shows promise to be just as effective as all common pharmaceutical drugs, including aspirin and ibuprofen.

Rheumatoid arthritis is a painful autoimmune condition afflicting millions of individuals. The usual treatment involves painkillers that only work to mask symptoms.

Steroid injections are another treatment that has long-term negative side effects. In studies comparing treatment with turmeric extract curcumin to diclofenac sodium (common NSAID drug), curcumin actually exceeded the NSAID in its efficacy.