Author: Shen Yun ‘Music Was Too Beautiful For Words’ 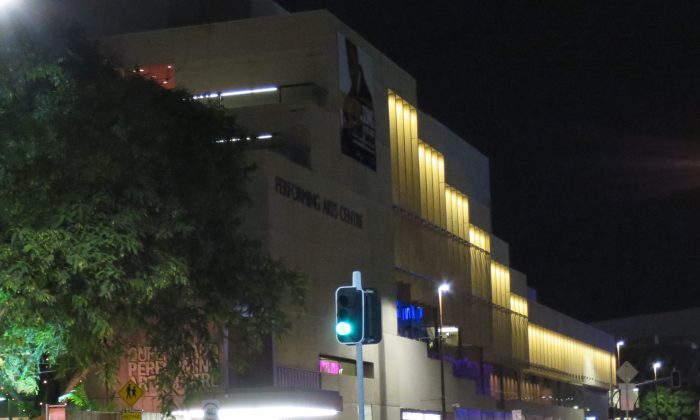 BRISBANE, Australia— “The music was too beautiful for words, I thought it was wonderful,” exclaimed Dianne Carter when she came to watch Shen Yun Performing Arts at the Concert Hall QPAC on Feb. 4.

Originally from Africa, Mrs. Carter retired as a school principal in 2006 and now focuses on being and inspirational speaker, writer and author of a number of inspiration and uplifting, self-help books which help readers to find their inner strength.

She was very appreciative of the educational value of the show. “I know very little about China and I found the little commentary between the acts was very enlightening, they educated me a lot,” she said.

Bilingual emcees give audiences insight into Chinese history and culture, as well as background information for the dances.

A must see show.
— Dianne Carter
She felt it would be excellent for all ages and very educational for students. “It is so bright, beautiful, colourful and illustrative of Chinese culture,” she said. “Really fabulous and I would recommend it to anyone. … A must see show.”

“The stories and the dancers explain themselves so clearly and easily it [is] just wonderful, and for any age group.”

Ms. Carter was also moved by the dancers. “I found the dancers were graceful and yet had incredible strength. Their leaps and bounds were fabulous,” she said.

At the heart of the performance is classical Chinese dance, one of the most comprehensive dance systems in existence.

The costumes were another element that made a huge impression on Ms. Carter.

Shen Yun’s costume artists collect countless designs of traditional attire, ranging from those of emperors, ministers, and generals to the everyday clothing of the common people. They tailor and recreate hundreds of new pieces each season, according to the performance company’s website.

“Every detail is given meticulous attention and is a result of artistic inspiration and careful polishing. The designers stress harmonic balance and contrast. Their objective is an authentic presentation of the attire that comes from China’s divinely inspired traditional culture, and a consummate stage effect,” the website says.

Mrs. Carter’s husband Anthony was impressed with the portrayal of the ancient Chinese Culture.

“I think it’s a beautiful reproduction of the Chinese culture,” he said. “I feel very calm from watching what we’ve seen today.”

Shen Yun brings legends and tales spanning from ancient times to the present and brings them to stages through dance dramas.

“There are many stories there that we have seen today and it has been a good insight into the Chinese minds, the Chinese culture [and] what happens in China,” Mr. Carter said.

“I think that there are some very important messages there and very well done, very well portrayed.”

Mr. Carter said he would definitely recommend the performance to others, especially his granddaughter. “She would have loved all the colour, the dancing, absolutely,” he said.

“The show it is fantastic, the energy—is really wonderful.”

Starting in the Royal Air Force as a navigator Mr. Carter has held many and varied business positions including owning a number of businesses. Now he is a publisher and business organisational specialist, most recently publishing and managing his wife’s books and speaking engagements.

Purity and History, ‘I am gobsmacked’

Peter Scudamore-Smith had the highest praise for all aspects of the Shen Yun performance.

Mr. Smith wished Shen Yun could stay longer in Brisbane so many more people could experience this wonder. “I really am very, very impressed and it’s great to see this show in Brisbane,” he said.

Mr. Smith is a master of wine and founder of ‘Uncorked and Cultivated’ an Australian wine consultancy established in Brisbane in 1999. “He holds the prestigious Master of Wine award—recognised as the highest achievement in the global wine community—and is the second person in Australia to be awarded this honour” according to his website. “Globally there are approximately 300 Masters of Wine. … He is a capital city wine show judge and is respected for his critique, presentation, production and journalism around the sparkling wines of the world.”