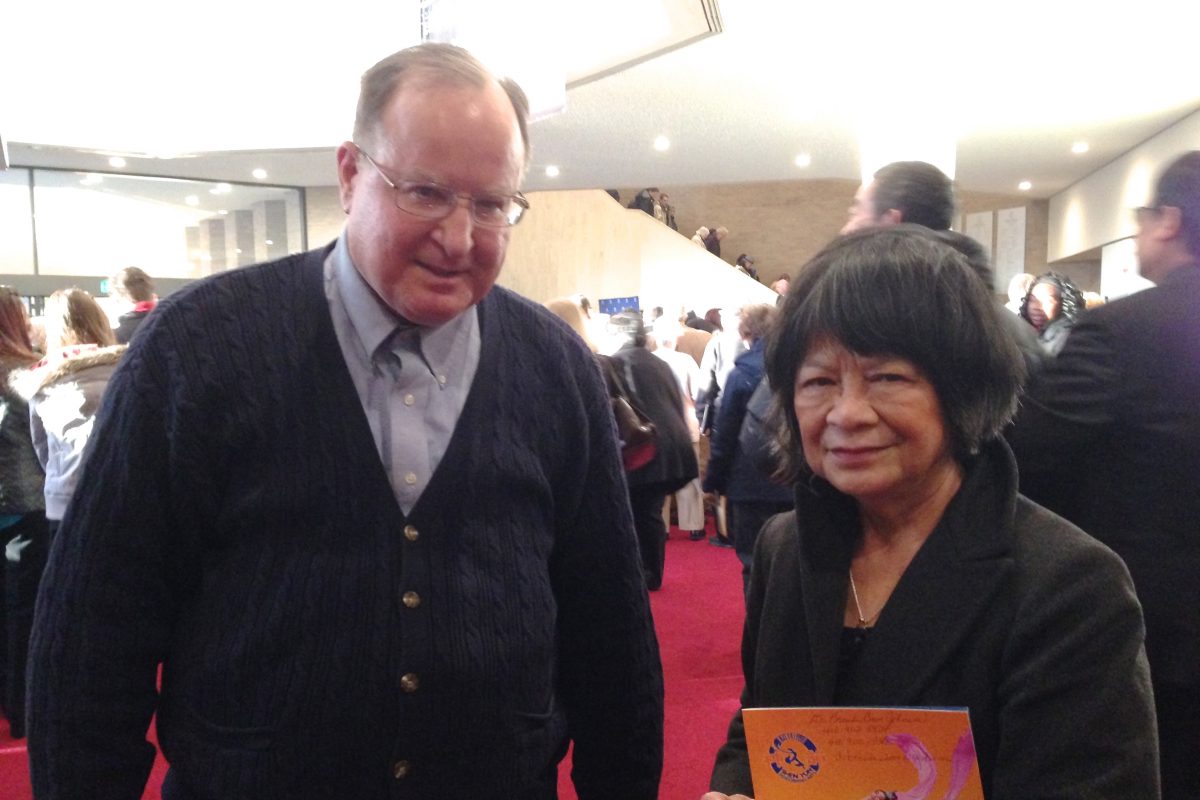 BALTIMORE—Shen Yun Performing Arts opened its second of four shows on Jan. 31 at Baltimore’s Modell Performing Arts Center At The Lyric. Among the audience members for the matinee show was Dr. Brenda Johnson, a member of the Lyric Foundation Board.

Dr. Johnson said, “I think this show is beautiful. It’s a very unique experience, especially because of my interest in different cultures.”

One heard members of the audience talk during intermission about the show. They seemed to understand that the Shen Yun show provides an unforgettable visual impact, as well as uplifts and enlightens its audiences by introducing them to traditional Chinese culture and values.

Dr. Johnson said, “This is the first time I have seen Chinese dance performed this way … It’s just beautiful to sit here and experience it in person.”

She continued: “The colors are magnificent … it’s really a beautiful experience, and I hope the Shen Yun group will return to Baltimore.”

She was impressed with the narrators appearing before the beginning of each scene and said, listening to them “helps you really understand the intent of the show, rather than sit here and watch, and just say ‘Oh, that’s beautiful.’ At least you know something about it, before you get a chance to read the program.”

She wanted to tell the performers “I am so glad I took the time to see and hear this performance, because it’s soothing … This is something that is very positive. It’s very serious, you know, almost like you’re meditating … so smooth and beautiful.”

Shen Yun was founded in New York in 2006 with a mission to revive 5,000 years of Chinese culture, which was almost destroyed by communist rule that suppresses traditional culture.

Ms. Madden said, “it was really just incredible. This is our first time here. We enjoyed every moment.”

They agreed that they are definitely planning to see the show again next year.

Ms. Madden said, “So much beautiful color and movement. It was a kind of oneness with a beauty that is hard to explain.”

Oppression Keeps the Truth From the World

Ms. Danielle Conyers, a financial analyst with the federal government, was amazed to recognize the young dancers commitment. She understood that they wanted to bring their culture to Baltimore, “Otherwise, we wouldn’t know about these things.”

She explained that it took her a while to understand the connection between the two words: “once I had watched the whole [show] and thought back on the definition … it was there.”

Of great help in understanding the connection was “when the singer sang about God … That really helped me see how they are trying to connect it all together.”

Blending of Music and Emotion

Dr. Celia Calderon, a composer, who was at the show with her husband, said that the Shen Yun performance was “Beautiful.”

Her husband chimed in that the dancers were “impressive. Especially the way the female dancers seemed to glide across the floor.”

He continued that it was impressive to experience the “blending of music and emotion, very impressive, very well-balanced and enjoyable.”

Reporting by Sherry Dong and Heide B. Malhotra