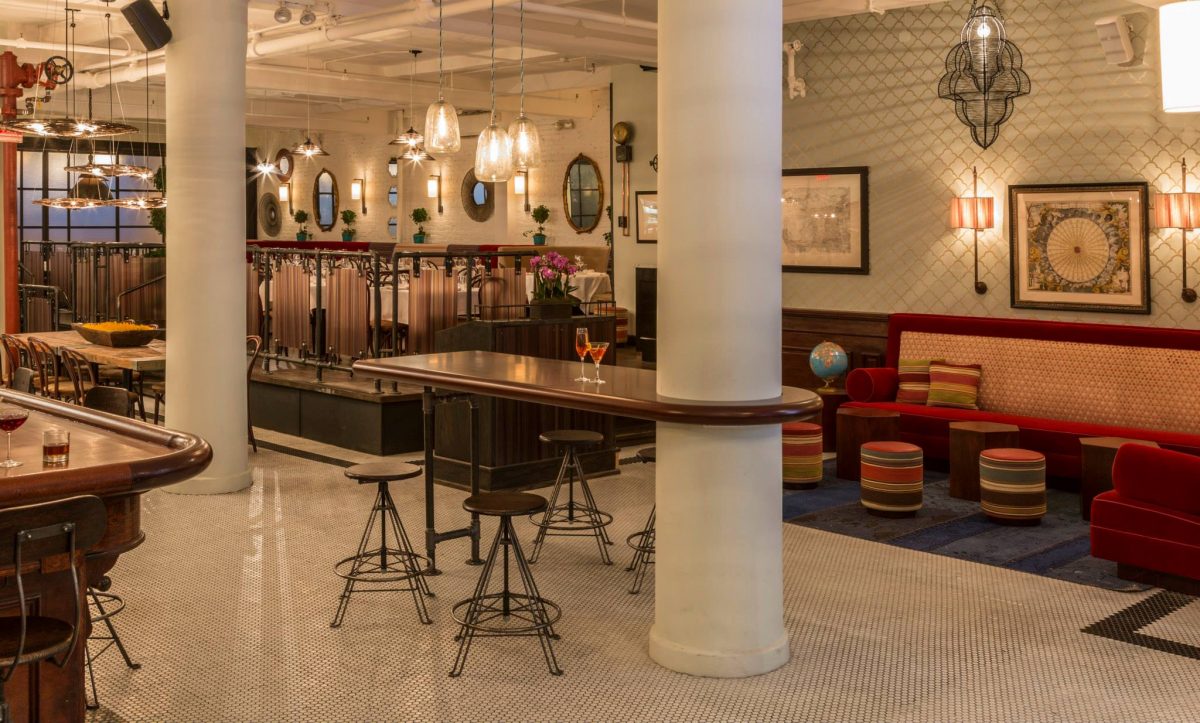 1200 Miles: A Journey Between Paris and Algiers

NEW YORK—1200 Miles, which opened in Flatiron last week, is inspired by the background of executive chef Pierre Bougey, whose father is French and his mother Algerian. The name refers to the distance between Paris and Algiers.

The menu is diverse and encompasses dishes one might encounter on such a culinary adventure, including French dishes such as Pan Roasted Skate and Roast Chicken to the more Algerian-influenced House-made Merguez.

Dishes from in-between round out the menu, including Moules Marinières from the south of France, Grilled Octopus from Spain, and Lamb Tagine from Morocco.