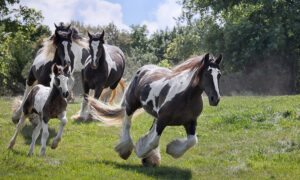 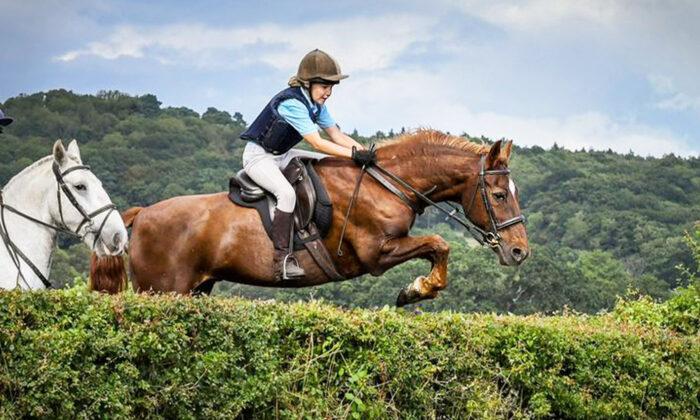 A 12-year-old horse rider in the UK will be competing at Hickstead show jumping course, riding the son of a mare her mother rode nearly three decades ago.

The young rider’s mom, Sarah Olifent, herself jumped in the equestrian competition 27 years ago as part of a team that finished runners-up in the Schools Championship, Horse & Rider reported.

Now, her daughter Amelia has qualified for the National Schools Equestrian Association arena eventing championship at Hickstead on May 29.

Then riding her new forest mare Salina, Sarah had bred her horse with a new forest stallion over two decades ago to produce Frankium, or Frankie—now 25 years old. Frankie became a “star” of enviable talent in the local riding community.

The gelding was born in what is now Sarah’s kitchen.

“My cottage used to be a little thatched stable so he was born exactly where my Aga is now,” Sarah told the equestrian publication.

She rode the young horse for a while, and he was loaned out to friends, but Frankie was intended for her younger sister Jade.

Frankie “did all the Pony Club things,” until Jade outgrew him and he went on to be a hunting horse for a number of years—until Amelia was ready to take the reins. Over the years, Frankie has earned a considerable reputation.

“He’s hunted with the Blackmore & Sparkford Vale pretty much every season since he was five,” Sarah said. “I should think there isn’t a hedge in the vale he hasn’t jumped.

“He’s really quite special. People would always tuck in behind him because they knew there was nothing he wouldn’t jump.

“He’s an absolute star. He’s won county-level working hunter pony classes, evented to pre-novice and I should think done more Pony Club camps than anyone in the country. He’s taken tinies to mini camp, done polocrosse; he does it all and anyone can ride him.”

Sarah said Amelia’s upcoming event will “be really special” for their family.

“My mum’s really excited,” Sarah added. “She’s got motor neurone disease so won’t be able to go but we’ll FaceTime her as they go in the ring.

“She’s hugely fond of Frankie and has seen him all the way through so I think it will be quite emotional for all of us.

“It will be special for all of us just because of the pony he is but to know how long he’s been doing it, and that I did it before on his mum; that probably doesn’t happen very often.

“We keep thinking ‘this might be his last year’ but he carries on, and he’s with us for ever.”