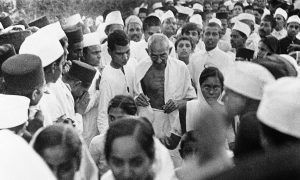 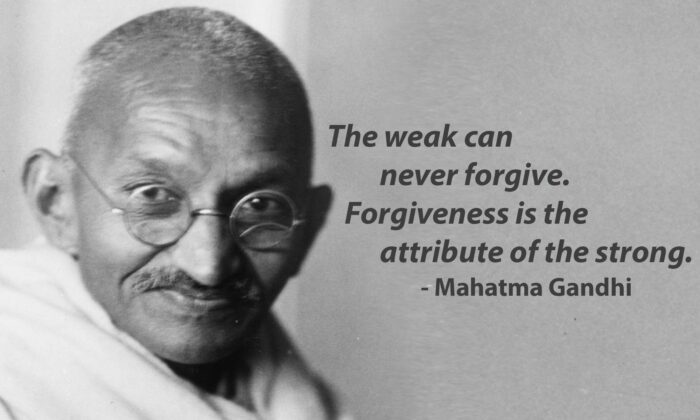 Mahatma Gandhi is one of the most notable and well-known names of the 20th century.

He created the concept of peaceful protest and is an icon valued internationally for his wisdom, social impact, and lessons on how one must live their life well. His teachings about life and humanity are as valid today as they were during his life.

Born as Mohandas Karamchand Gandhi on Oct. 2, 1869, in Porbandar, Kathiawar, India, he was called the Mahatma (Great Soul) for his relentless pursuit for freedom, truth, and peace. As a child, he was influenced by his mother, who was religious. As he grew up, he was interested in becoming a doctor; however, his family insisted that he become a lawyer. He thus went to London, England, to study law.

But Gandhi wasn’t always confident when it came to public speaking. During his first court appearance, he found himself unable to speak, and he froze in front of the judge. He then had to refund his client. But later, he went on to develop that skill over time as he was always working at improving himself.

He began his journey as an activist when, while practicing law in South Africa, he became aware of the discrimination Indian immigrants felt at the hands of the white minority. Gandhi then embarked on a journey to play an instrumental role in acquiring India’s independence from British Rule by being a fearless campaigner. His policy for nonviolence and his philosophies to fight for freedom have become inspirational for many future human rights movements.

Gandhi was a writer and a spiritual leader, spreading messages on nonviolence, love, and peace in over 100 volumes of writing. He did not believe in discriminating on the basis of color, caste, creed, or religion. He always made sure to place importance on one’s life.

Thus his firm belief in the individual’s power to positively influence the world around them by focusing on changing themselves has inspired many around the world, including Martin Luther King and Nelson Mandela.

Here is a selection of 12 of his most inspirational quotes about life, love, truth, and humanity.

1. Our greatest ability as humans is not to change the world; but to change ourselves.

2. Happiness is when what you think, what you say, and what you do are in harmony.

3. You must not lose faith in humanity. Humanity is like an ocean; if a few drops of the ocean are dirty, the ocean does not become dirty.

4. Man falls from the pursuit of the ideal of plan living and high thinking the moment he wants to multiply his daily wants. Man’s happiness really lies in contentment. He who is discontented, however much he possesses, becomes a slave to his desires.

5. The weak can never forgive. Forgiveness is the attribute of the strong.

7. Truth resides in every human heart, and one has to search for it there, and to be guided by truth as one sees it. But no one has a right to coerce others to act according to his own view of truth.

8. There are two days in the year that we can not do anything – yesterday and tomorrow.

9. Do not judge others. Be your own judge and you will be truly happy. If you will try to judge others, you are likely to burn your fingers.

10. Relationships are based on four principles: respect, understanding, acceptance and appreciation.

11. The very first step in nonviolence is that we cultivate in our daily life, as between ourselves, truthfulness, humility, tolerance, loving kindness.

12. Every moment of your life is infinitely creative and the universe is endlessly bountiful. Just put forth a clear enough request and everything your heart desires must come to you.

Gandhi still continues to live through his ideals and principles.