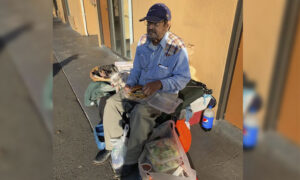 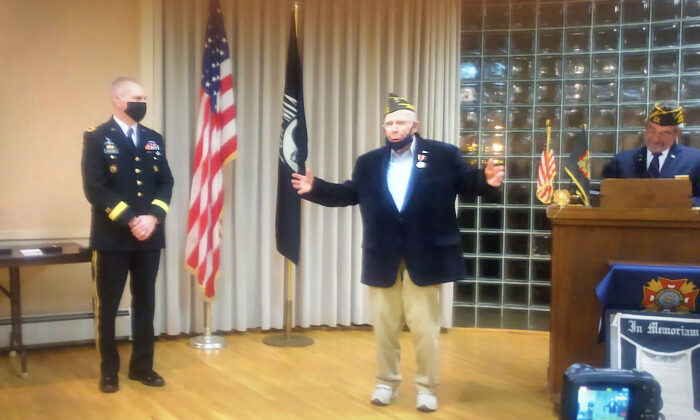 For 75 years, Walter Ness has waited to receive the medals he earned serving in World War II. Now, two months after his 100th birthday, the Navy veteran was finally awarded three military service medals for his role as a minesweeper in Guam.

Ness’s daughter, Karen Pennett, said her father didn’t expect to receive the medals at all.

“My father was surprised and honored,” she told the Daily Record.

During the first 2021 meeting of Morris Plains VFW Post 3401, the medals were presented to Ness by Brig. Gen. Vincent Malone, commander of Picatinny Arsenal. The ceremony, which took place on Jan. 20, had a small audience due to social distancing measures.

“We had to follow all the [social-distancing] rules, so there’s no refreshments or any of that usual stuff,” said Ness.

Still, the accommodations at the ceremony meant far less than receiving the medals he should’ve gotten 75 years earlier. Sadly, many veterans were overlooked and did not receive the medals that were due, simply because those medals were not in production after the war.

“The government was still using all the brass for munitions, with none available for military decorations,” explained post member Rich Olsen.

“It wasn’t until late 1946 that large-scale production of the brass military service medals was restarted.”

However, after a family friend and retired Naval officer took it upon themselves to investigate why Ness had not received his medals, the matter was resolved.

Originally, the VFW had planned to surprise Ness during his centennial birthday celebration in November 2020, but they were forced to cancel the event due to pandemic restrictions.

However, that didn’t mean Ness didn’t get his 100-year birthday party. He said there was a big parade in town to commemorate the day of his birth after a century.

“It was very unusual, but it worked out real nice. Of course, I was smiling from ear to ear.”

During the ceremony, though his face was covered with a mask, he appeared to be smiling again, his eyes crinkled as he accepted his three World War II service medals, at last.