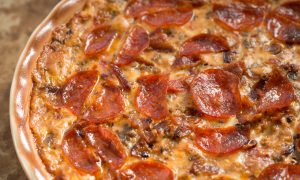 Ever get annoyed when you ask for advice, and people give you this advice that seems so matter of fact, but is actually very difficult to put into action?

Here are 10 of the most common ones.

We commonly see this one in political debates, because if you hate everything about America, why do you live there?

Unfortunately moving is not as easy as packing up your bags and walking out the door. First, you need money to move. Second, moving everything out of your house and into wherever you’re moving is a pain that takes a lot of effort and time(and muscle). Third, if you have family that’s tied down with a job or school, you can’t just randomly break those ties on impulse. Fourth, even if you don’t like where you live, you may have established various friendships and relationships with people in the community, and moving would mean starting all over again.

This one is often used for those hopeless romantics, though it is also often used synonymously with “get a hobby”.

“Get a hobby” actually isn’t so bad. But “get a gf”…this is not something that you can forcefully make happen if the attraction is not there. You may think you’re pretty awesome, but that girl may not share your viewpoint. Other times this girl thinks you’re pretty cool, but you just can’t muster up any kind of attraction for her.

We all know that feeling where we’re watching an anime or television show, and it’s just so freaking good. You don’t want to stop, but at the same time, you have other, more important things to tend to. Hence, the saying “just one more” appears.

But lets face it. When is it ever just one more? A more accurate phrasing of “just one more” is “just one more until I’m satisfied”, which could range anywhere from 1 -100 episodes.

So you’re broke, you’re a loser, or you’re single.

Getting a job can help all of that.

Except, there’s just an overwhelming amount of available jobs to choose from. Its just so hard to decide what job to get with all these convenient, high-paying, and worthwhile options available…

WHAT DID YOU SAY? DID YOU JUST TELL ME TO CALM DOWN? LOOK ME IN THE FACE. DOES IT LOOK LIKE I CAN JUST “CALM DOWN” LIKE THAT?

Seriously, if everyone could forgive and forget the entire world would become an infinitely better place overnight, and the cycle of hatred would stop. Unfortunately, nowadays people just want to hold grudges, and it doesn’t even feel right to them if they don’t.

A sincere, face-to-face apology admitting your mistake is difficult. Nowadays, many apologys are sent through text message, or are released on the internet in language that peculiarly, happens to contain a lot of legal terminology.

The problem with this one is, this advice is usually given to people who are seeking help precisely because they are not strong and need strength from elsewhere. To tell someone to “be strong” is not substantial advice, though its a good phrase to end on after you have given more solid advice.

This, ladies and gentleman, is the magical cure for depression. Feeling sad? Just be happy. What’s so difficult about that?

Well, I guess this one depends on your level of intelligence. If you’re a genius, its a breeze. But oftentimes, students are told this from adults while they’re taking AP cources, participating in various sports, clubs, finding time for sleep and a social life, and so forth.