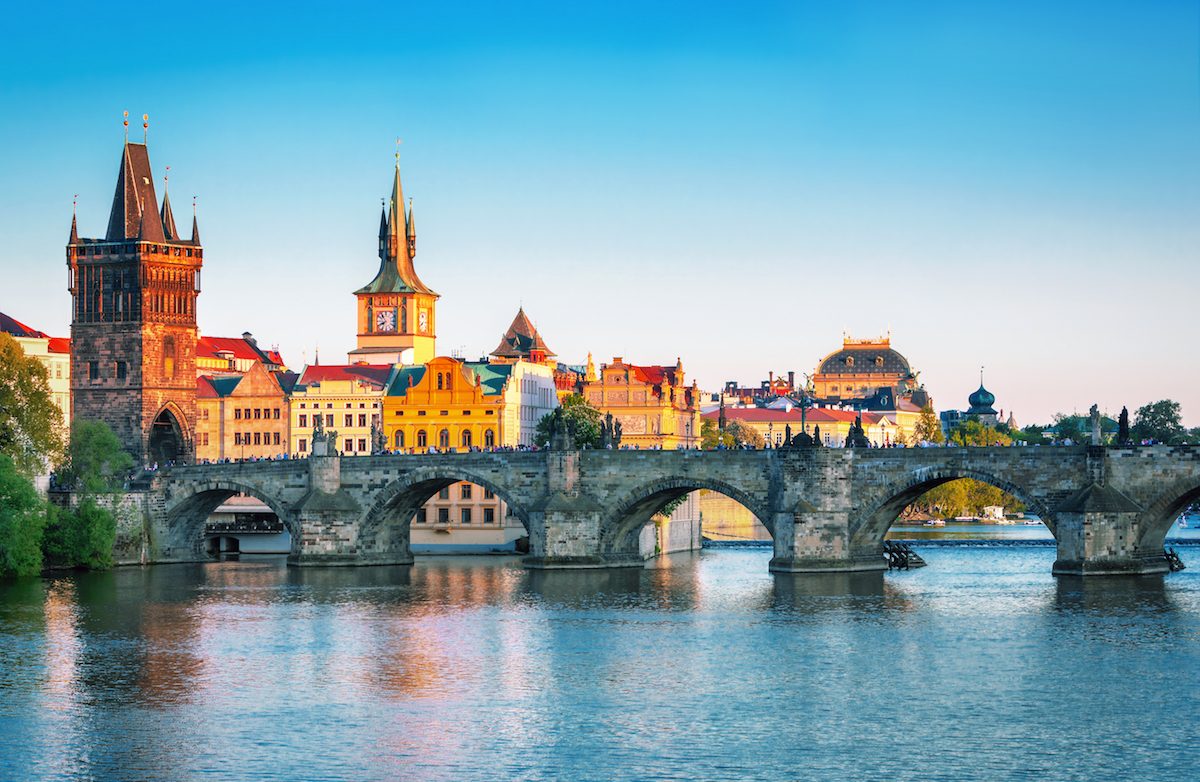 10 Places You Must Visit in Prague

Prague brims with history and hides a wealth of stories; it has also been home to many historical figures. The Czech capital is so enchanting that it’s no wonder it’s been chosen as a setting for a number of movies.

Here is our list of places you must visit. At the end of this article, you can find three mapped routes that will take you to most of these places within about three hours.

Founded around 880, Prague Castle is the largest coherent castle complex in the world, according to the Guinness Book of World Records. Today, it is the most significant Czech monument, consisting of palaces and ecclesiastical buildings.

Make sure to see the different parts of the complex, such as the magnificent St. Vitus Cathedral, Golden Lane with its small houses, as well as the castle gardens (note that some of them are closed in 2019).

To get there, catch a tram No. 22 stopping at “Prazsky hrad” (Prague Castle), which is the nearest stop, or use other means of public transport.

Charles Bridge is the oldest bridge in Prague. Construction was started in 1357 by Charles IV and completed 45 years later. The structure was one the most monumental bridges of its time.

The bridge has since become one of the city‘s icons and a must for every tourist visiting Prague. There are fortified towers at each end that are open to the public, and they provide a nice view of the surroundings.

A number of museums are located in the vicinity of the bridge, such as the Charles Bridge Museum, the Museum of Bedrich Smetana, a renowned Czech composer, or the Franz Kafka Museum.

Old Town Square is the most prominent square in the Old Town area. Built in the 12th century, many major historical events have taken place there.

The main attraction of the square, apart from the picturesque houses, is the “Orloj”—a very unique astronomical clock inside a gothic Old Town Hall tower. This piece of art constructed in 1410 delights passersby with the sight of 12 moving apostles every time the hour strikes.

Founded in 1556 by Jesuits, the Clementinum is the second-largest complex of buildings in the metropolis, after Prague Castle. The jaw-dropping Baroque Library Hall, with some 20,000 books, is a definite must-see. Take the guided tour and you will get a great deal of historical background.

Another highlight of the Clementinum is the 223-foot-tall Astronomical Tower. With its 172 steep, winding stairs, climbing up takes some strenuous exercise, but it is well worth the effort.

The tower was used for astronomical and climate observations, hence its name. Besides the original astronomical devices, visitors can enjoy a great view of the city of Prague.

The Municipal House is the most spectacular Art Nouveau building in Prague. It has been the venue of many concerts and exhibitions as well as important historical events, such as the proclamation of an independent Czechoslovak Republic on Oct. 28, 1918, or the meetings between the collapsing communist regime and pro-democracy activists in November 1989.

The interior is decorated with Czech art from the early 20th century.

The whole area around the Municipal House is rich in architectural styles, from Gothic to neo-Renaissance to functionalism. One of the most striking structures is the Powder Tower, constructed in the Gothic style. Completed in 1475, it served as a gunpowder store and is now open to the public as a viewing point, at 144 feet.

Prague boasts a number of theaters and concert halls that played an important part in the history of the country and local culture. The oldest of them is the Estates Theatre, where W. A. Mozart’s opera Don Giovanni premiered in 1787.

The National Theatre, built in 1883, is one of the most important cultural institutions in the Czech Republic. Whether it’s drama, opera, ballet, or symphony concerts, you are sure to find something to your taste. Works by Czech composers Smetana, Dvorak, and Janacek are regularly presented here.

The beautiful State Opera is currently undergoing a major reconstruction but will re-open on Jan. 5, 2020.

If you’re a fan of classical music, attend a concert at the Rudolfinum, Prague’s most prestigious concert hall and the home of the Czech Philharmonic.

Stromovka is a large park with ponds and trees located well outside the Old City area, so you need to catch a tram to get there. The park’s history dates back to the 13th century when it served as a game reserve. Nowadays, it’s a great place to relax, have a picnic, or go for a jog.

8. Prague by the River

River Moldau embankments are called “Naplavky.” There are several of them, the liveliest being Rasinovo Embankment. Apart from getting a great view of Prague Castle, you can experience the buzz of local happenings, from farmers markets to sports, culture, and foodie events. Many embankments also offer boat rentals.

Constructed in the 13th century, the Old-New Synagogue is the oldest historic building in the city’s Jewish Quarter, and one of the oldest synagogues in Europe. There are heaps of legends surrounding the building.

One of them tells a story of Rabbi Loew who created Golem, a being made of clay that could be brought to life through supernatural means. Not far from the synagogue is the fascinating Old Jewish Cemetery, the oldest and most interesting in Europe. Visit early or late in the day to avoid crowds of tourists.

Prague has no shortage of restaurants and good places to eat, but this one is a bit special. If you happen to be around the National Theatre, head toward this café, which is located just across the road from the theater’s main entrance.

Since its opening in 1884, Slavia has attracted many prominent Czech figures, becoming a hub for the local cultural and intellectual elite. The likes of composer Bedrich Smetana, writer Karel Capek, former President Vaclav Havel, as well as many poets, journalists, and actors have spent time here.

If Slavia is full, try the buzzing Café Louvre on the same street. This French-style café is very popular with locals and tourists alike. The majority of the Czech restaurants and pubs offer lunch menus during the workweek, and you can get a three-course meal for a few dollars. (Note that portion sizes are much smaller than in the United States).

This Czech and Slovak Orthodox Church was the scene of dramatic events during World War II. In 1942, seven Czechoslovakian paratroopers trained in Britain assassinated Reinhard Heydrich, the ruthless Gestapo leader and one of the main architects of the Holocaust, who acted as the Reich-Protector of Bohemia and Moravia at that time.

The men ran away after the attack, finding shelter in the crypt of the church. Infuriated Germans arrested thousands of people and leveled two villages, massacring all the men and deporting the women and children to concentration camps. Eventually, the attackers’ hideout was revealed, and German troops stormed in. After a fierce gun battle, two paratroopers were killed while the rest committed suicide.

Today, you can find a museum inside the church dedicated to Operation Anthropoid.

Using GoogleMaps we have created three different walking routes in Prague for you with stops at the places discussed in this article and more. Each itinerary takes about 1 hour. If you want to do all three routes stopping at each point of interest, you will need at least a whole day.

If you at any point feel tired, catch a metro or a tram. We recommend the app Pubtran to navigate you through the public transport in Prague.