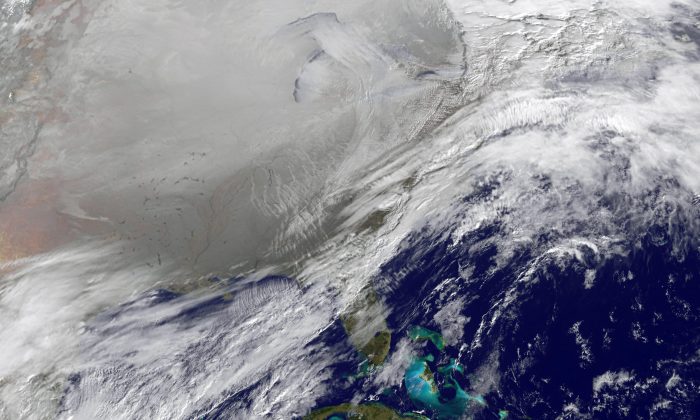 In this satellite handout image provided by National Oceanic and Atmospheric Administration (NOAA), shows the entry of a large area of low pressure, from the Polar Vortex, into the Northern U.S. January 6, 2014. (Photo by NOAA via Getty Images)
US

10 of the Coldest Cities Hit By Polar Vortex

The Polar Vortex that carried the freezing Arctic air southward, brought with it some of the lowest temperatures to hit the Midwest, East, and South United States.

According to the Weather Channel, at least 50 major cities across the United States hit record lows Tuesday morning.

Fargo, N.D., had the coldest low in the country with -20 degrees Fahrenheit.

Los Angeles and Fresno, however, top the list on Tuesday for the highest temperatures on the mainland, with temperatures in the mid-60s.

Here are the ten coldest cities with below 0 temperatures recorded by the National Weather Service.