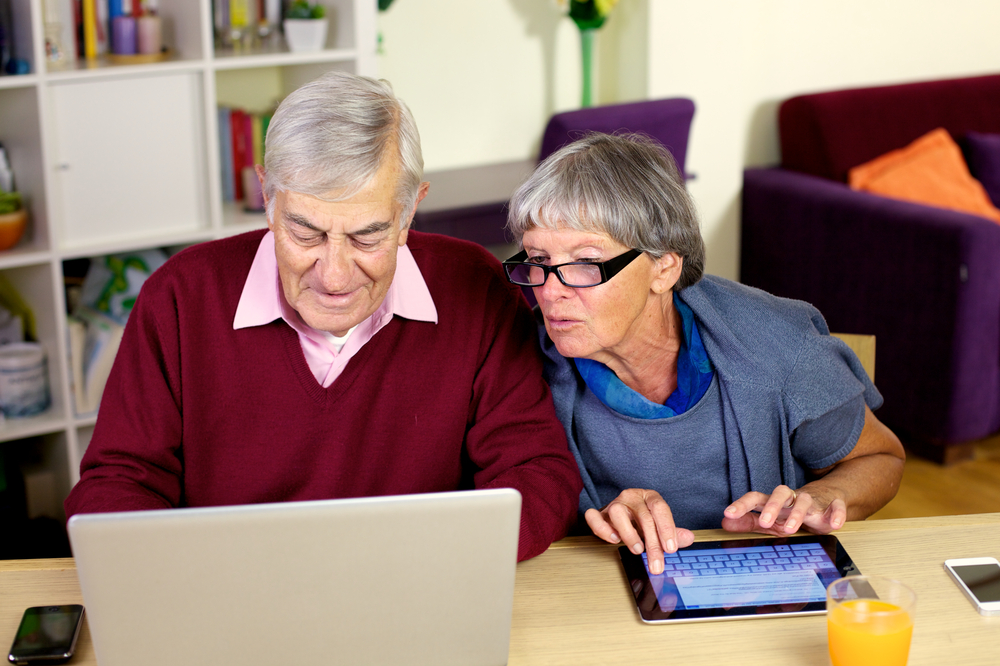 Learn the annuities, choose the right one and take the right action. This will save you thousands of dollars. (Fabiana Ponzi/Shutterstock)
Retirement Accounts

In what ways does an annuity benefit you? This is an important question that needs to be answered before you buy one.

Besides offering a steady and guaranteed stream of income, annuities accumulate tax-deferred over time and don’t have contribution limits like 401(k)s and IRAs. Additionally, annuities offer riders that allow money to be transferred to beneficiaries at death.

But, did you also know that annuities can save you money. Like I’m talking about thousands of bucks here. How? Well, it’s possible if you make the most of these 10 annuity tips.

1. Don’t Get Talked into a Variable Annuity Contract

The commissions on most annuity products are huge. And, this is most true with variable annuities. Because of this, they may push you into purchasing a variable annuity.

While there are some benefits to variable annuities, like tax-deferred growth and guaranteed lifetime income, these are often outweighed by the disadvantages.

“All in, you can expect to pay between two percent and four percent per year in fees,” states Patrick King, CFP®, founder of Prana Wealth. “For a $500,000 variable annuity, that equates to $10,000 to $20,000 per year. This does not include any potential surrender fees you’d incur if you decided to take your ball and go home.”

What’s more, variable annuities are incredibly complex. Additionally, if you have a 401(k), 403(b), or another tax-deferred retirement account you can’t double-dip on tax deferral.

If you can cover all your expenses in retirement, you might want to avoid these. And, if you prefer more security, look into a fixed annuity.

Make no mistake about it, your investment portfolio shouldn’t be without annuities. How come? You don’t have to worry about market fluctuations, inflation, taxes, or even healthcare costs with annuities—to name a few.

At the same, to get the most out of annuities, they need to be diversified.

One of the major drawbacks of annuities is their opportunity cost. In other words, once annuity rates have been locked in, you’ll lose access to them in the event of market interest rates rising. Since annuity rates are partly determined by 10-year Treasury rates, some people try to time their annuity purchases with interest rates.

Also, annuities don’t offer the best rates on the market, which is a frequent knock against them. Having said that, it’s important to remember that annuities aren’t designed to beat the market.

With that in mind, a gradual annuitization strategy can help reduce opportunity costs. The editor of realdealretirement.com, Walter Updegrave, suggests that you can contribute $50,000 now and the remaining $100,000 later. By using this approach, you can take your time to better understand your annuity needs.

It is very hard to know exactly how much money you’ll need when you retire. Not to mention when It’s the right time to retire.

You will be subject to a 10 percent IRS penalty on interest earnings you withdraw from your annuity before the age of 59 ½. On top of that, you will also need to include ordinary income tax on the amount. And, you could also get hit with a surrender charge from the insurance company.

However, there is a way to avoid these pricey penalties.

If you wish to withdraw money from an annuity without incurring penalties, you should wait until the surrender period has ended. Usually, this lasts between six to eight years after you purchase the annuity.

But, if your contract includes a free withdrawal provision, take only the amount you’re allowed each year. Typically, this is 10 percent of the annuity’s value. You can also set up a systematic withdrawal schedule before you turn 59 ½ to avoid IRS penalties.

For your information, if you’re permanently disabled at the time of withdrawal, you will not have to pay this penalty, regardless of your age.

Social Security retirement benefits can be started at age 62, in case you’re unaware. However, you may choose to wait until age 70. Most people decide not to wait, though, either because they’re afraid they’ll miss out on these benefits or won’t be alive to use these benefits.

That said, you might be better off waiting—if possible.

“According to the Social Security Administration (SSA), the average woman reaching the age of 65 today will live until 86.5. The average man who is 65 today can expect to live until 84,” writes Donna Freedman for MoneyTalkNews.

“One way to help ensure you don’t run out of money before then is to postpone claiming your Social Security retirement benefits,” adds Freedman.

There’s another reason why you should delay your Social Security benefits: the longer you wait, the more the monthly amount increases.

“If you choose to delay getting benefits until age 70, you would increase your monthly benefit to $1,253. This increase is the result of delayed retirement credits you earn for your decision to postpone receiving benefits past your full retirement age. The benefit at age 70 in this example is about 77 percent more than the benefit you would receive each month if you start getting benefits at age 62—a difference of $545 each month.”

“Tax deferral is one of the most highly touted features of annuities,” says Rick Brooks, CFA®, CFP®, and partner of Blankinship & Foster LLC. “The earnings inside an annuity are not taxed until they are withdrawn.”

To illustrate, “if you invest in a stock mutual fund, the dividends and appreciation it earns are taxable, but at special tax rates,” he adds. By choosing a similar fund with an annuity, you will not have to pay taxes each year on your earnings. However, once you begin withdrawing, these earnings will be subject to tax. And, the tax rate you’ll pay may vary depending on your tax bracket.

“The trap to avoid is having all your retirement income be highly taxed,” Brooks states. “One way to avoid this is by adding to non-tax deferred investments so that in retirement, you have already paid much of the tax on those investments.”

7. Supercharge Your Annuity with Riders

Let’s say that it’s Friday night and you decide to order a pizza. Unless you’re Kevin Mccallister from Home Alone, you’ll probably want more than just a cheese pizza. And, that means adding toppings or customizing the pie however you please, like extra cheese, sauce, or type of crust.

You can do this with annuities as well through riders.

Just like pizza toppings, you’ll have to pay extra for riders. But, they can supercharge your annuity and actually save you money in the long run.

Some riders that you might want to consider include;

I won’t sugarcoat this, taxes and annuities are complicated concepts. As an example, the money used to purchase a qualified annuity is not yet subject to taxation. In contrast, a non-qualified annuity has already been taxed when purchased.

Known as the basis, the amount left over after taxes on tax-free purchases. As a result, if you own a non-qualified annuity, you will not face double taxation. Regardless of how you calculate it, your tax bill will always be determined by the exclusion ratio. Aside from its principal, an annuity’s duration and interest earned are included in the calculation.

However, there are many tax advantages that many people overlook, including:

“If you require a nursing home, you’ll need to deplete most of your assets to qualify for Medicaid, but that can leave your spouse with little to live on,” writes David Roedeck for Kiplinger. “Although requirements vary by state, generally you must spend down nearly all of your assets to less than $2,000 with exceptions for some things like your personal residence and one vehicle.”

If you’re in this situation, then consider purchasing a Medicaid-compliant annuity. Not only will this allow you to keep more of your savings, also “pays you and a spouse income for life and does not count toward the Medicaid asset test.” As a result, this will speed up your Medicaid qualification.

How can the annuity be Medicaid-compliant? Well, “payments must start immediately, with the state named as the beneficiary,” explains Roedeck. “The state gets any remaining payments after you and your spouse are gone.”

10. Focus on the Financial Strength of the Insurance Company

If you want to sleep more soundly tonight, it’s highly unlikely that the company you bought the annuity from will fold. In fact, according to a study conducted by Stephen Robb, Paul Della Penna, and Alicia Robb from 1982 to 2010, the average insurance company failure rate was only around 0.5 percent.

However, with new markets emerging around the world, this could present a problem.

“Over the last several decades, the economies of the world have become more closely linked. We are now in an era where money market funds in the United States include assets from many other countries, and ‘credit events’ that occur in one part of the world are reflected in the U.S. investment markets within minutes,” the researchers state.

“A default in a security in Europe can have an immediate impact on the retirement savings of millions of people, including many in the United States. Subprime mortgages that defaulted in the recent U.S. financial crisis rapidly affected entities throughout the developed world, as investors everywhere had exposure to that market through the practice of securitization.”

What’s more, annuities are not FDIC-insured. The good news? They are heavily regulated on the state level. As such, if the annuity company becomes insolvent, you should expect a refund of up to $250,000. But, that will depend on the state where you reside.

Just to be safe, always make sure that you’re working with a company that has at least an “A” rating from the Big Three credit rating agencies; S&P Global Ratings (S&P), Moody’s, and Fitch Group.