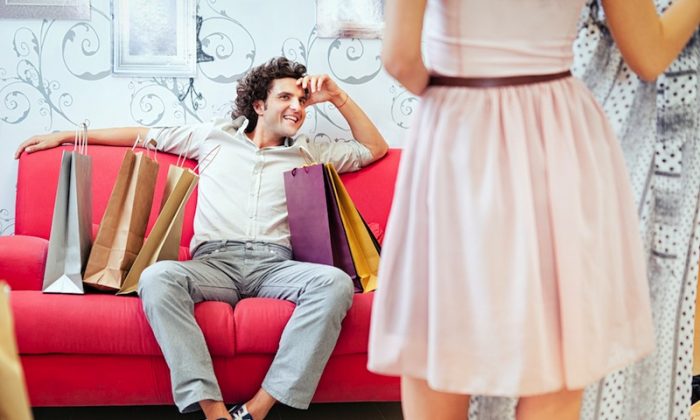 It is said that men and women are like different planets, or two parallel universes, with different languages and codes. Here are 10 things women tend to do and men cannot stand (or understand).

Many women just love shopping: shoes, dresses, bags, makeup—everything goes. Endless hours can be spent in shopping malls trying on clothes and asking for advice (which is routinely ignored). Most of the time, when women require an opinion, they have already made a decision: they just like to make men feel involved. As patient as any man might be, this is a good way to drive him mad. It’s probably a good idea to consider shopping with your girlfriends … at least sometimes.

Men are straightforward, they don’t like hearing about Jack’s wife’s lover—unless Jack’s his best friend of course! They also can’t digest useless chats about that well-known celebrity’s life and relationship. Cut it all short.

Men like action, sci-fi, adventure, and sports movies. Do not expect them to enjoy the latest chick flick with an I-absolutely-love-this-stuff face and a box of tissues. Compromise.

4. I’m in a happy-desperate-annoyed-confused-enthusiastic mood!

Especially during that time of the month (but not only) women can be extremely moody and emotional. Even a broken nail can become a drama. Here is a tip: compensate with some Nutella.

Women often expect men to read between the lines, but men can’t even see lines. you say, “Nothing’s wrong” to a man, that is what it means. Be more direct and honest.

6. Talking on the phone

Most women spend ages on the phone: men simply hate it. To them, there is no reason for any conversation to last for more than 4 minutes and it’s pointless to force them. Be concise.

Many women love to talk and they believe that everything needs an explanation. Men are different. There are issues they do not like to talk about and pushing them will just cause many to shut down. Sometimes, silence communicates more than words.

8. Your space is my space

How would you like your man to check your phone, browse in your bag, and look into your pockets? Personal space is very important, just like trust: respect him and don’t be invasive. Make him enjoy your presence not your absence!

“I’ll be ready in five minutes…” It’s a shame the clock you’re looking at has been out of order for the last 10 years! Okay, women need time to dress and make themselves beautiful, but don’t blame men if they leave or fall asleep. How would you like it, if you had to wait for him all the time?

We all support equal opportunities, but men and women were created to be different and to complement each other. Why be aggressive, rude, bossy, and imitating the worst of the male behavior? When women cherish their female qualities and show their femininity, men can be manly gentlemen.

Before you get mad, ladies, and think: “That’s not true, I’m not like that!” think for a moment and probably you can picture a girlfriend or two who does fit the stereotype. So don’t be defensive, just take these as starting points for reflection on how to build a spaceship between the male and female universes.