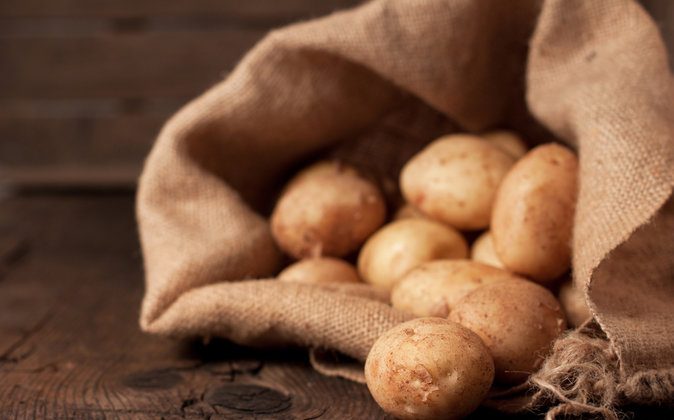 10 Amazing Things About Potatoes You Didn’t Know About

We all know that potatoes are a common staple food. However, they are also the most essential. They are easily accessible, cheap, incredibly filling, and delicious when used in many recipes. To spread the potato love, here are ten incredible facts that you probably didn’t know about.

1. Potato blossoms used to be a major fad in royal fashion.

It was said that Marie Antoinette loved the flowers so much that she put them in her hair. King Louis XVI added on to the trend by slipping a blossom through his button hole, which inspired a brief vogue of potato blossom fashion among the French Aristocracy. It was also during this period that the French were introduced to the potato plant, and the flower trend was used to persuade consumption and farming of the crop.

2. Potatoes are an ancient crop.

Early evidence of potato usage and consumption dated back more than 6000 years ago by people living in the Andes Mountains of Peru.

3. Potatoes are more than just food.

Besides consumption, potatoes were of important use to the Inca culture. The Incas would place raw potato slices on broken bones to promote healing, carried potatoes to prevent rheumatism and toothaches, and even measured time by finding how long it took for the potatoes to cook. Modern uses of potatoes include treating acne, frostbites, sunburns, sore throats, aches and pains.

The War of Bavarian Succession was its actual name although it was later dubbed as “The Potato War” (Kartoffelkrieg) for a very good reason. Caught in a conflict to acquire Bavaria, Kings Frederick II the Great of Prussia and Joseph II of Austria proceeded to concern more about cutting off their opponents’ communications and denying each other of supplies—which included potatoes—rather than fighting.

6. No need to feel pressured about dieting!

The average potato only has 100 calories after all.

7. Potatoes are members of the nightshade family.

This includes tomatoes, capsicum, and the poisonous belladonna plant.

Potatoes have more potassium than a banana, more vitamin C than an orange, and more fiber than an apple.

9. The world’s largest producer of potatoes is…

Unfortunately it’s not Germany. As of 2011, China leads with an annual harvest of 88.4 million tons. India stands in second place with 42.3 million tons while Russia stands as third largest producer with 32.7 million tons.

10. Potatoes are now available in space.

According to an article written by NASA in 2010, potatoes can be grown successfully in space. Using NASA technology and a Chinese technique for growing seed potatoes, the staple vegetable is grown under computer automated conditions. The functions are supposed to control temperature, humidity, and lighting to simulate a greenhouse environment for the plants to grow in.

The seed potato production in space was first tested in 1995 abroad Space Shuttle Colombia in its Microgravity Astroculture Laboratory.

Scientists are hoping that space plant production will assist in replenishing oxygen, and remove excess carbon from the air in addition to providing food and water.

*Image of “potatoes” via Shutterstock