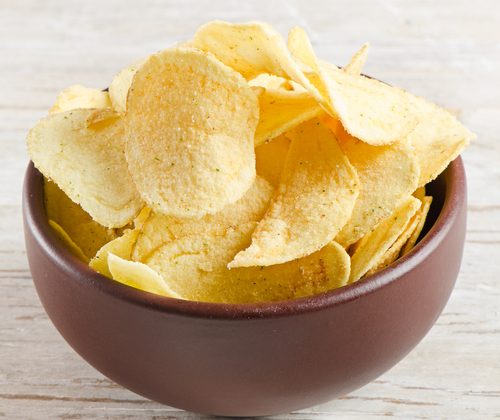 They say necessity is the mother of invention; sometimes luck also has a lot to do with it. Here’s a look at 11 objects we commonly use that people with the wisdom to follow up on accidental discoveries brought to the public.

George Crum was a renowned chef at Moon’s Lake House hotel near Saratoga Springs, NY, in the 19th century. In 1853, he had a diner complain that his potatoes were soggy and bland; the diner requested a new batch.

Crum was offended and decided to play a prank on the diner by slicing the potatoes really thin and frying them until they were so hard a fork could break them into pieces. To counter the bland claim, he also over-spiced them. The diner loved it and the prank yielded a new invention. The hotel became famous for its specialty dish—potato chips.

Ruth Graves Wakefield and her husband Kenneth Wakefield owned a Toll House Inn in Massachusetts in the first half of the 20th century. Ruth’s cookies were a favorite among her guests, so when she ran out of baker’s chocolate for her butter drop cookies one day in 1930 she didn’t want to disappoint and she instead improvised. She used chunks of Andrew Nestlé semisweet chocolate instead, thinking the chocolate would melt and spread through the cookies. Instead, she ended up with cookies that had chocolate chunks in them.

Her chocolate chip cookies became famous all over New England. She made a deal with Andrew Nestlé: her recipe was printed on every semisweet chocolate bar in return for a lifetime supply of semisweet Nestlé chocolate bars.

In the late 19th century, German physicist Wilhelm Röntgen was performing experiments to trace the  path of electrical rays passing from an induction coil through a partially evacuated glass tube. He covered the tube so no light would escape, but noticed an object in the room was nonetheless illuminated. He realized a projected image of his own hand showed his bones.

In 1938, chemist Roy Plunkett and his assistant Jack Rebok were trying to create a better refrigerator using the gas tetrafluoroethylene. They stored a sample of the gas in a freezer overnight and found the next morning it had become a white, waxy solid. Plunkett found the material to be heat and acid resistant, and he also noted its nonstick characteristic. He patented the material as Teflon.

Leo Baekeland was trying to find a replacement for shellac, a resin secreted by a South Asian scale bug. Using phenol and formaldehyde, he created Bakelite in 1907. He noticed that by heating the material it became a goo that could be molded. It was the first plastic, and it’s use became wide and varied—costume jewelry, buttons, knife handles, and much more.

In 1879, Russian chemist Constantin Fahlberg was working with Ira Remsen at Johns Hopkins University; they were investigating the oxidation of o-toluenesulfonamide. Fahlberg was at home eating dinner after a day at the lab when he noticed his food tasted unusually sweet. He traced the source of sweetness back to the oxidized o-toluenesulfonamide, eventually patenting it as saccharin.

Photo by Shutterstock
The doughy substance now known as Play-Doh, was once used to clean wallpaper next to coal ovens. In 1933, Cleo McVicker created the substance, which was widely sold in grocery stores. The use of coal to heat homes declined, however, and so did the demand for the wallpaper cleaner.

McVicker saw his son playing with the material, and was struck with the inspiration to sell it as a children’s toy.

In 1946, engineer and inventor Percy Spencer was at one of his Raytheon Company laboratories. He stood in front of a device called a magnetron, the power tube that drives a radar set. He noticed the chocolate bar in his pocket melted. He got some popcorn kernels to test how the magnetron would affect them, and found they popped. He made the first microwave oven, weighing 750 pounds and standing 5 feet tall. It was used in restaurants and other venues where large amounts of food needed to be cooked quickly. Cooks soon noted its short-comings, and it was not refined and marketed for mass consumer until decades later.

Chemist William Perkin, only 18 years old at the time, was trying to synthesize quinine, a malaria treatment. During his experiments, he created a murky purple sludge, from which he distilled a beautiful purple-colored liquid. The liquid held fast to cloth, making it a perfect dye.

Spencer Silver created a glue in 1968 that would stick, but was weak enough to not hold fast. It was reusable, still effectively sticking when removed from one surface and placed on another. His colleague at 3M, Arthur Fry, was a choir singer and needed a bookmark for his hymn book that would stick to the pages without damaging them. Together, Silver and Fry make the first post-it note. They realized the sticky bookmark could have other uses. It took a while for the invention to gain consumer interest, but as we now know, it was eventually a hit.

In 1905, an 11-year-old boy, Frank Epperson, left a stirring stick in a drink outside his San Francisco home on a cold night. At the age of 28, he recreated the accidental frozen treat to serve up at a fireman’s ball. It was a hit, and he later served it at Neptune Beach amusement park with success. In 1923, he patented it and called it the Eppsicle. His children liked the name Popsicle better.

*Image of potato chips via Shutterstock