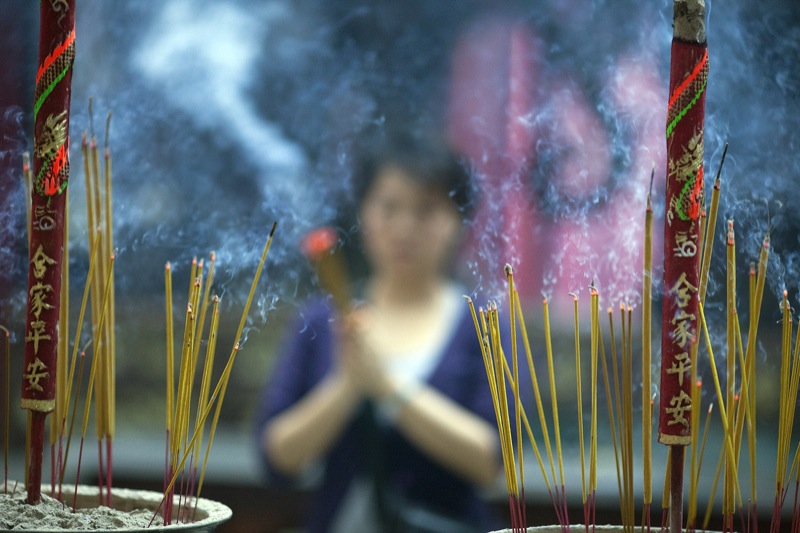 Sandalwood: something in it? (Christopher Michel/Wikimedia Commons)
Health

Your Skin Can ‘Sniff’ Certain Aromas That Help It Heal Faster

Humans have about 350 different types of olfactory receptors in the nose, which detect odours and start a signalling process that then messages the brain. These receptors work together to give us a sense of smell. But the nose is not the only place where olfactory receptors are found. Cells of other tissues of the body use these receptors to react to chemical “odour” compounds. And we’ve discovered that their presence in skin cells can accelerate wound healing.

Olfactory receptors have been shown to exist in nearly all human tissues, but their function outside of detecting odours has only been demonstrated in a few cell types, such as sperm, prostate and the colon.

For example, activation of the olfactory receptors in sperm influences its swimming direction and speed, while in colon cells it induces a release of serotonin (a process that is part of the enteric nervous system – also nicknamed our “second brain“).

In our study, published in the Journal of Investigative Dermatology, we discovered that olfactory receptors can also be found in keratinocytes – the cells that form the outermost layer of the skin – and that activating these receptors increases the rate of proliferation and migration of these skin cells.

We found that skin cells possess a receptor called OR2AT4 that responds to the scent of sandalwood, frequently used in incense sticks and perfumes. And we were able to activate this receptor using Sandalore, a synthetic sandalwood scent. Using samples that included cultured keratinocyte cells and human skin, we discovered that activating OR2AT4 triggered a signal pathway that led to a higher concentration of calcium in the cells. This in turn led to an increase in the proliferation and a quicker migration of keratinocytes – processes which typically facilitate wound healing. Scratching experiments on isolated human skin tissue confirmed this wound healing effect.

In addition to OR2AT4, we found a couple more members of the olfactory receptor family, not only in the keratinocytes skin cells but also in the melanocytes – the melanin-producing cells found in the bottom layer of the epidermis – and in fibroblasts cells, which also play a crucial role in the wound healing process. The function of these additional receptors is something that we are planning to characterise in future experiments.

The results so far show that these olfactory receptors in human skin have potential therapeutic benefits, and understanding the mechanism could be a possible starting point for new drugs and cosmetics. Sandalore, for example, could have potential use as a topical ointment that could have anti-ageing properties or accelerate wound healing.

But before this happens it’s worth remembering that concentrated fragrances should be handled with care until we have ascertained which functions the different types of olfactory receptors in skin cells have. Besides the positive effect of Sandalore on the receptor OR2AT4, we could well discover that other receptors elicit negative effects on human skin cells.

Hanns Hatt does not work for, consult to, own shares in or receive funding from any company or organisation that would benefit from this article, and has no relevant affiliations. This article was originally published on The Conversation. Read the original article.