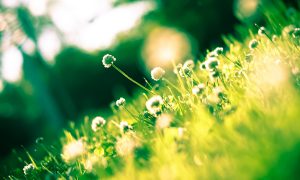 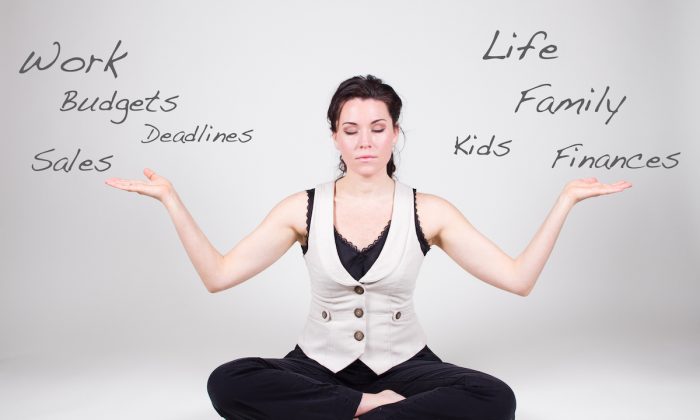 The essential duality of everything, as understood by the ancient Chinese and modern science
By Christina Xu
biggersmaller
Print

The concept of Yin and Yang is at the very root of how traditional Chinese society understood everything from wellness to a harmonious society. It’s at the heart of Taoism and a fundamental concept in Chinese philosophy and traditional culture.

The concept of Yin and Yang predates Western science by centuries and represents a profound insight into the nature of the body, matter, and energy. This essential duality has been revealed by the later scientific discoveries of Western science, though the terminology is different.

It’s found everywhere, from matter to the ones and zeroes of computer programming. It can be seen in the balance between matter and energy and our body’s metabolic processes of being on and active metabolism, or resting and recovering in the maintenance periods of homeostasis.

But there is a core difference in how many Westerners understand this essential duality and how it is understood in traditional Chinese culture. While physicists understand that the duality of matter, as well as the positive and negative charges of atomic particles, are essential to creation, most people think that opposites are in opposition, a battle due to their very nature. In Chinese culture, these opposites are complementary and interdependent.

Understanding the balance between Yin and Yang is crucial in traditional Chinese medicine and achieving this balance is the foundation of its treatments, treatments that aim to provide health and longevity for the mind or the body.

“The Yellow Emperor’s Internal Canon,” the first book to record Chinese medicine, describes Yin and Yang as “the general laws of the universe, the fundamental principle of all things, the originators of all the change, the root of growth and destruction, and the storehouse of Shen (the spirit). When treating diseases, we must seek the root of the changes in the medical condition, and the truth is nothing more than the concepts of Yin and Yang.”

Yin and Yang are a dynamic and holistic system that delivers balance, equilibrium, and order to achieve happiness, health, and well-being. This extends from atoms to our bodies, to our society.

At work recently, I overheard my colleague complain about overdue work, work not completed, or work completed incorrectly. He said there were too many bosses and not enough workers.

This is a common experience in the work environment where there are sometimes too many people giving direction and too few undertaking the work. For a team to function, it must move as one. And to do this, you need those who lead and those who follow. Submissiveness gets a nasty rap in Western society, but it is an essential and precious characteristic of harmonious relationships. Without it, teams get mired in debate and nothing gets done, or you have just a few people overwhelmed with the demands of too many bosses and these limited resources lead to strain on the health of the organization.

There needs to be a balance in all our actions and thoughts, both within organizations and for us personally in the way that we live. Yin and Yang is about understanding and recognizing our resource capability and how best to utilize and manage it.

Manifestations of Yin and Yang

The world is rich and colorful, and everything or phenomenon can be divided into two opposite elements. Neither element is capable of existing without the other. Physical manifestations of Yin and Yang include positive and negative charges, male and female, light and dark, fire and water, rest and work, leading and following, rising and falling, and on and on and on.

To provide a simple example, if you have an imbalance in your body between Yin and Yang, it is likely that you will feel unwell. The Yellow Emperor’s Internal Canon notes that “Yang in excess produces heat, Yin in excess produces cold.”

If you are sick and have a high fever, it is an indication that your body’s Yang is too high and your Yin is too low. When treated by a Chinese medicine practitioner, they may use herbs with a cooling nature to clear out the fire in your body, to lower your Yang to normal standards. Naturally, when Yin and Yang are in balance, your fever will be gone.

But you don’t want to simply overpower the body. After all, that heat is an immune response, in the Western paradigm. The body uses an oxidation process to generate that heat and burn out the pathogens. You want to cool the body without compromising the body’s immunity.

If instead, we simply suppress the fever and then bypass the immune system with antibiotics to combat the illness, there can be side-effects ranging from an immune system that doesn’t get tempered in the process of doing its job, to the destruction of our microbiome, those healthy microbes that live inside us an are essential to our health.

Of course, sometimes a fever can be life-threatening and needs to be suppressed. And sometimes a bacterial infection must be contained. But here again, there is a need for balance, and such prescriptions must be balanced against their side-effects.

Chinese medicine not only maintains health and cures diseases through Yin and Yang, but the understanding of balancing these forces also dictates the order and structure of how we live. We must work—but also play—to maintain joy and meaning in our lives. We must serve others but also take care of ourselves. We must create things to survive in this world, but doing so requires us to destroy things as well.

Life is a balance of these forces, and when we forget that, we face the inevitable consequences of that imbalance.

Christina Xu obtained her bachelor’s degree at the Beijing University of Chinese Medicine. Now living in Australia, she dedicates her time to advocating for and promoting the benefits of TCM to the mainstream Western society. Learn more at PreserveHealth.com.au