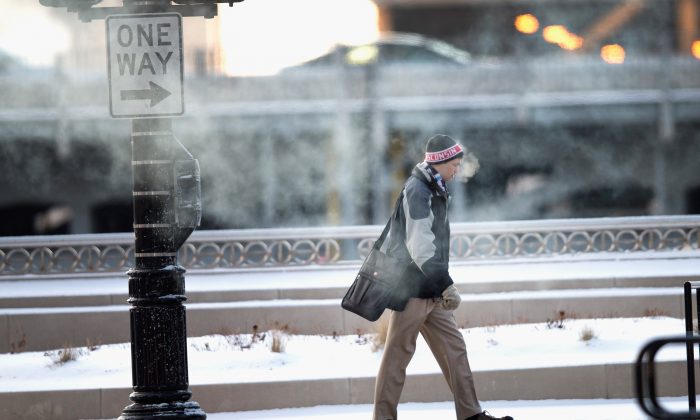 We’ve all been told, “Get a coat on or you’ll catch a cold!” Many of us have ignored this advice. We’ve been told by educators and those “in the know” that cold weather doesn’t make us sick, viruses do. New research shows Mom was right, and the so-called “experts” didn’t know what they were talking about.

Research has now shown that viruses spread more effectively in guinea pigs kept in cooler conditions than those kept in warmer conditions. Epithelial mice cells kept in cooler conditions were more prone to viral infection than those cells kept four degrees (Celsius) warmer. Yale researchers found that in epithelial mice cells, colder conditions helped viruses to thrive. In a human study, the participants who soaked their feet in ice water developed cold symptoms in greater numbers than the control group of participants whose feet were kept warm.

Beyond the Cold Conditions Lie the Answer

Typically, there is more than one cause for anything and “catching a cold” is no exception. It is true that without some exposure to pathogens (like a virus) cold weather alone will not make us sick. For years, researchers forced cold conditions upon research participants in a sterile environment, and sometimes they even exposed them to viruses. Afterward, they declared that cold weather has nothing to do with infection rates and cold can’t give you a cold. In reality, it is far more complicated than that.

Without a doubt, cold weather alone will not give someone the cold or the flu. No matter how cold you get, getting cold in and of itself will not cause a viral infection. If you get cold enough, it is possible, even probable, that you can get hypothermia, and that can kill you. You must be exposed to a virus or another pathogen in order to get sick. (Exposure is frequent; some experts say fairly constant.) Cold weather does play an important role in the annual flu season during which 5-20% of Americans catch a cold or flu.

In cold weather, viruses enjoy extra protection from the elements. The outer membrane of many viruses (including the influenza virus) is primarily made up of fatty-like substances known as lipids. At temperatures around freezing and below, this outer membrane hardens and solidifies into a robust gel. This gives viruses extra protection during cold weather. As the temperature rises above freezing, the outer membrane of a virus becomes less solid – more of a gelatinous liquid. At temperatures of 105 degrees and higher, the viruses’ outer covering is liquid with no real solid form. This diminished protection can leave the virus damaged or destroyed by the elements.

When human beings become cold, one of the unfortunate side effects is constriction of the blood vessels. Our white T-cells are transported via our blood vessels, so getting cold can inhibit your immune response. Also, the stress associated with being really chilled causes the body to release the stress hormone cortisol. Cortisol does facilitate some necessary functions, but too much is a bad thing. Too much cortisol also inhibits the immune system.

A Tendency To Go Kamikaze (Apoptosis)

Cells have the ability to self-destruct. It is not something commonly done, except in the most dire circumstances. If the cell’s survival is impeding the survival of the larger organism, cells have been known to off themselves as a form of altruistic sacrifice. (The needs of the many outweigh the needs of the few or the one). Cells infected with a virus are sometimes able to do this in order to slow the viruses’ spread. Warm cells are more eager to self-destruct than cold cells, which…well… sometimes get cold feet.

Every year as winter approaches, the earth receives less direct sunlight for either the northern or the southern hemisphere. (When it’s summer in the northern hemisphere, it’s winter in the southern hemisphere, and vice-versa). Obviously, this is a gradual process. During the winter, there are fewer hours of daylight in the day and less direct sunlight. Most of us also spend more time indoors. This has a tendency to depress some people. That general feeling of malaise is not caused by our preference for warm weather, alone. The more likely culprit for that blah feeling is a lack of vitamin D. Our bodies require sunlight to synthesize vitamin D. Vitamin D plays an important role in our immune defense and in maintaining our mood. In the winter months, we are likely to be running low on this crucial vitamin.

As previously mentioned, when it comes to catching a cold or the flu, exposure is key. Even before the weather gets cold in early fall, many people come back from vacation, students start college or school, kids are brought back to daycare, and people tend be around each other in enclosed areas more than in the summer months. This combined with other factors tends to make for good conditions for viruses and bad conditions for us.

Does this mean you or your kids should always bundle up before venturing out into cold weather? Nah. A little virus battle is good for us. Try making your immune system strong enough that viruses don’t stand a chance and take some risks.